Elendil was the High King of Gondor and Arnor. I had this nice miniature unpainted  for a long time because I didn't have any men of Numenor to follow him in battle. So, I decided to use him as a Knight of the White Tower to lead my warriors of Gondor as I did with the miniature of Isildur. 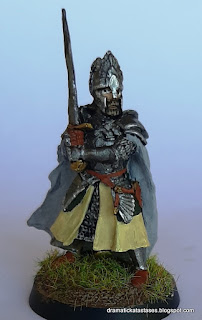 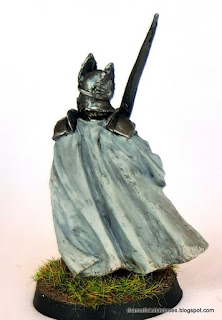 It is nice to have a banner bearer close to the Knight during the fight phases. 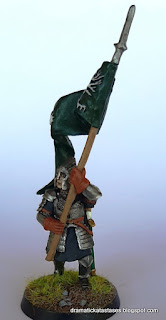 Finally, I made a Camp for the L'art de la Guerre from balsa wood. It can be used also as an animal shelter for my LotR games. 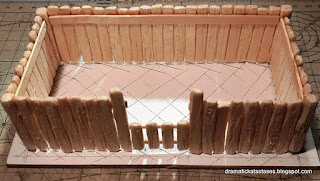 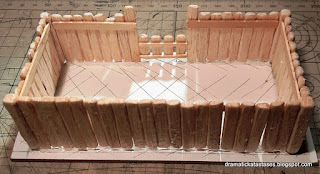 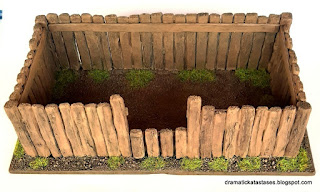 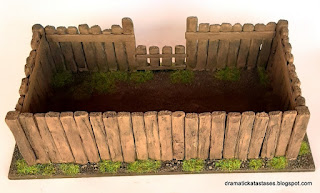 That's all for today! Stay tuned for more but first of all stay at home and stay safe!
Posted by dramatic katastases at 8:02 PM 2 comments:

Email ThisBlogThis!Share to TwitterShare to FacebookShare to Pinterest
Labels: Gondor

Men at arms of Dol Amroth

Dol Amroth has the best warriors, in my humble opinion. Among them are the Men at arms, a force of standing soldiery. I wanted this kind of warriors for my games but the original miniatures of GW are made of resin, which, to tell you the truth, I don't really like. So, I found the Wars of Religion pikemen of WG metal miniatures that are really nice and have a more affordable price and I bought two blisters.
I had two unpainted miniatures of Forlong the Fat, the lord of Lossarnach. I chose him to be a no-name captain of my Men at Arms because Forlong wears a fabric baldric around his waist, which matches with the fabric baldrics over the breastplates of the pikemen. I just changed Forlong's spear with a long pike, which had a pennant at its end and my Captain was ready! 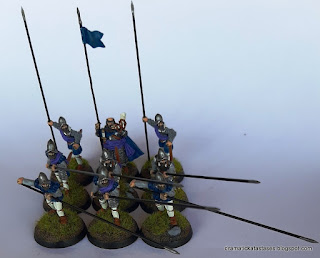 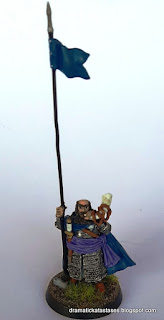 Forlong as a MAA Captain 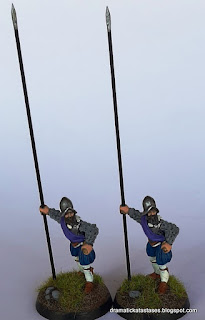 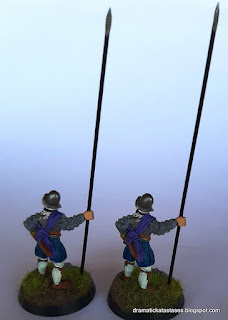 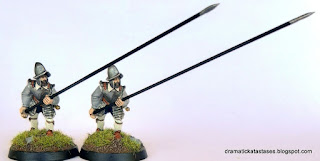 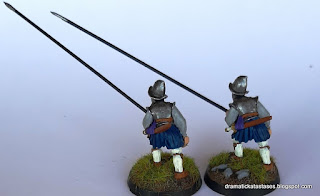 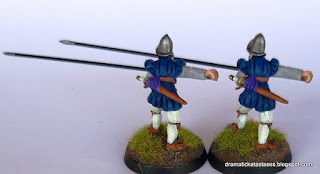 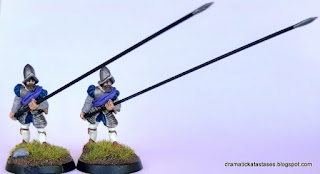 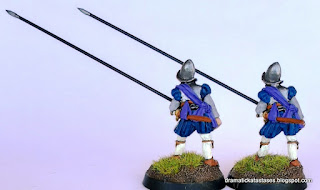 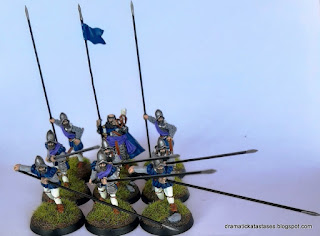 That's it for today! Stay safe, stay at home and stay tuned for more!
Posted by dramatic katastases at 9:47 AM No comments: