In Bolt Action games there is always the need to point out somehow your army's casualties. Some people are using tokens, other - dice, and some a combination of the two. This is the case here, tokens with a socket for dice!
I had five Soviet casualties from Black Tree Design and wanted to use them as tokens. The five casualties came in three variants so I added helmets and weapons to differentiate them. 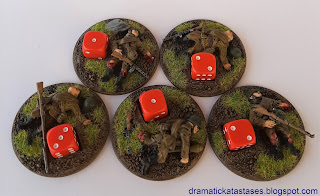 The tokens
As usually, I used putty, little rocks and sand for the base. For the sockets I used matches. 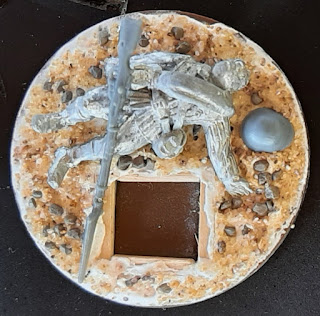 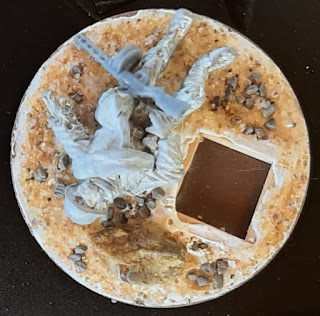 A Guard with submachine gun 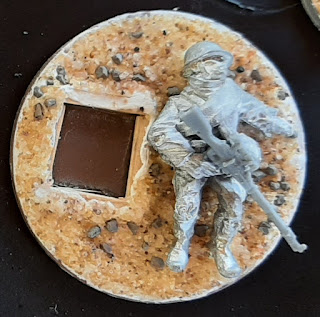 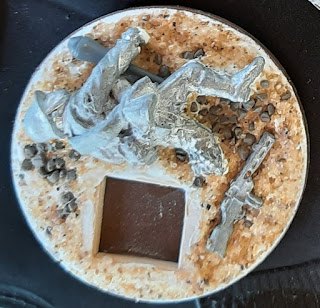 A Guard with a captured Panzerfaust 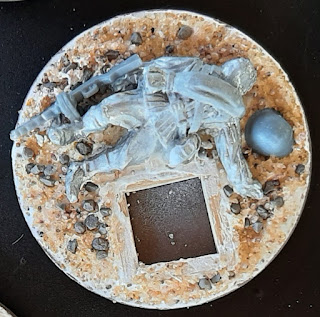 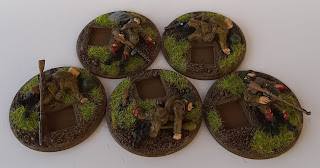 It is estimated that the Soviets have suffered the highest number of casualties during WW2 with roughly 11.4 million military deaths! 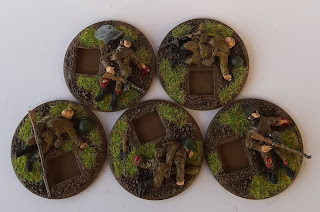 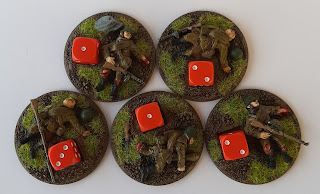 Speaking of military deaths, recently a good friend of mine came from the States and we visited the War Cemetery of World War 2 in Souda Bay of Crete. 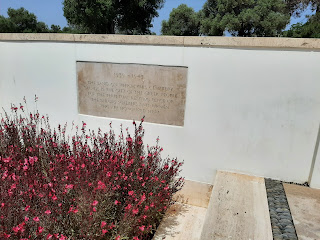 That's it for today! Stay tuned for more!
Posted by dramatic katastases at 3:59 PM 2 comments: