Grim Hammers are the only dwarves I have from "Hobbit". They are really nice miniatures of hard plastic except for their Captain which is a resin one. 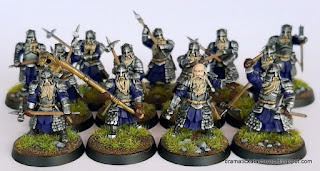 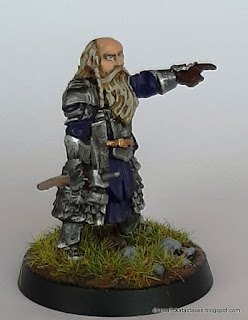 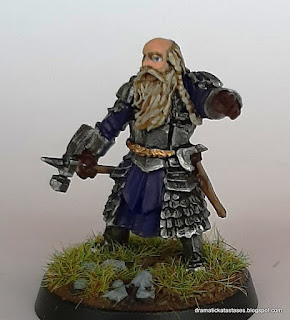 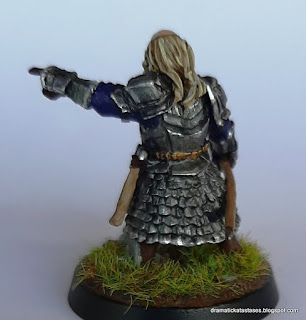 The box contains twelve miniatures. I kept eleven as they were and converted the twelfth. 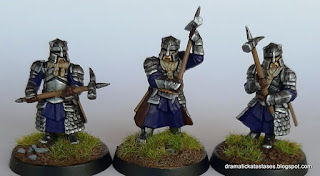 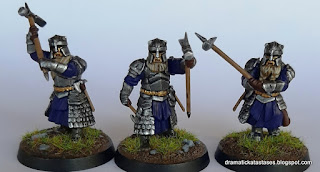 I had a Carnyx from the Celtic warriors command sprue and I thought it was a nice idea to give it to one of the grim hammers. 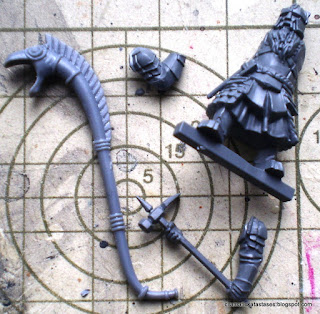 First, I cut the dwarf's hands that held the pick hammer. 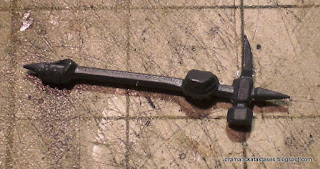 Then, I glued the open hands of another miniature to their places. 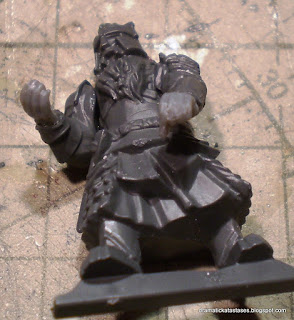 And here are the last two grim hammers with the Carnyx player, the twelfth grim hammer! 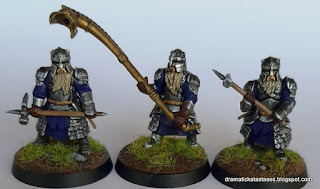 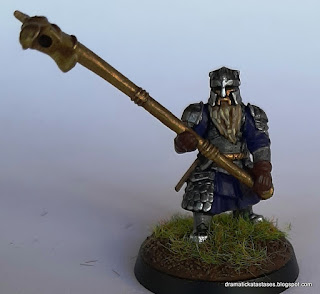 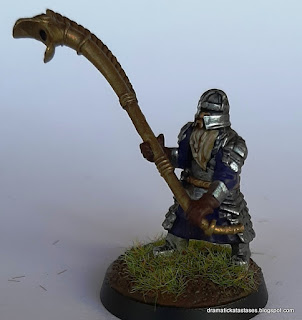 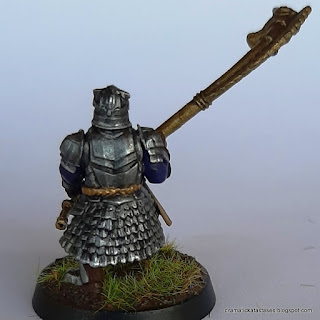 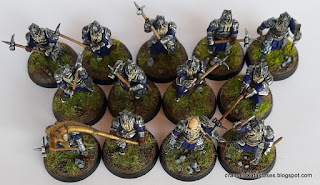 A photo from above 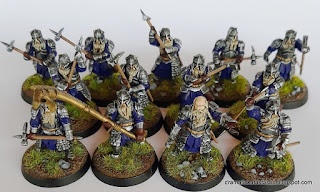 and the family photo.

Below you can see some photos of the first battle that my grim hammers took part. They were victorious! Enjoy! 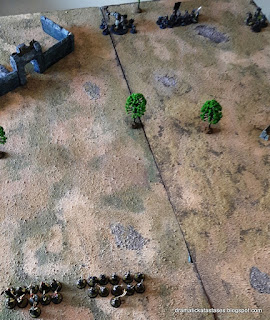 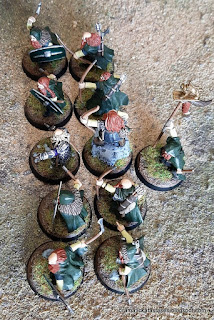 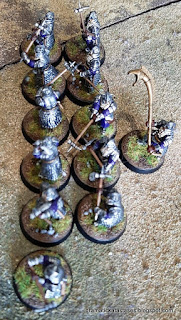 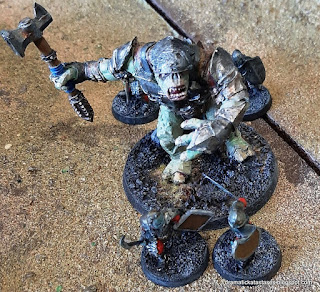 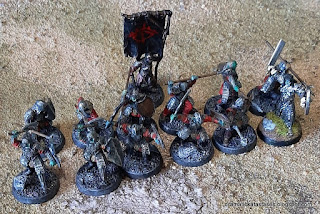 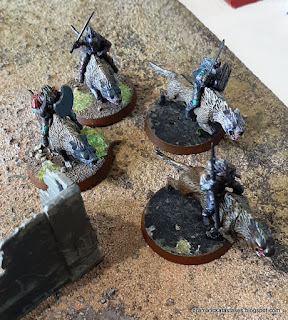 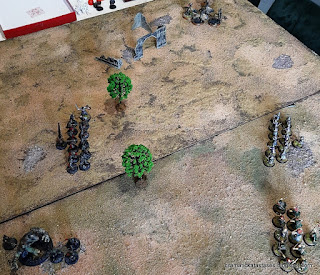 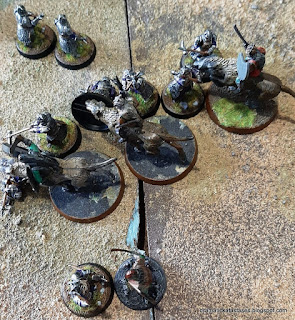 That's it for today! Stay tuned for more!
Posted by dramatic katastases at 6:46 PM 10 comments: