When "War of the Ring" was released on April 4th, 2009 lack of drummers and hornblowers made me to convert some figures to dress the lines of my armies with such warriors.  The question was "What I will use to make a drum?", a kettledrum to be exact. The answer was simple and cheap: a cover of a pen! Here some photos of ready, as well as WIP models. The "drum skin" is aluminium foil. 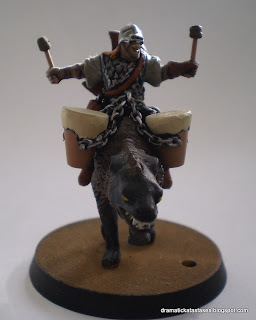 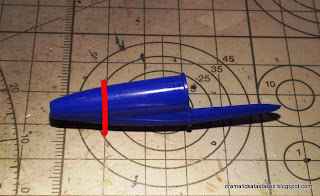 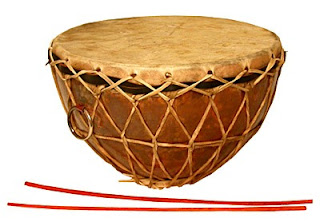 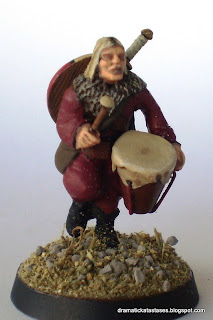 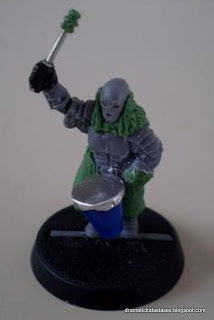 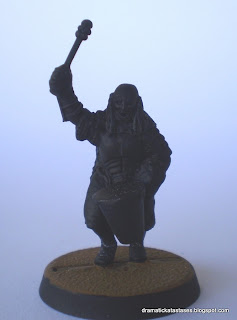 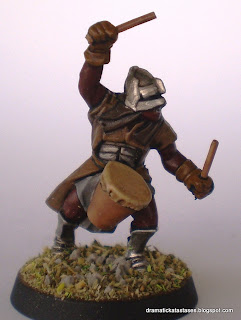