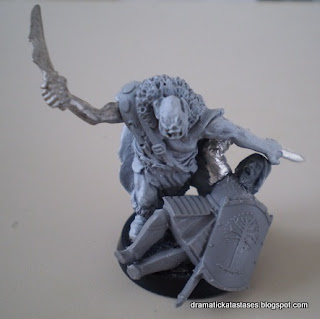 A friend of mine gave me this strange Orc figure some time ago. I didn't really know what to do with it until one day when I had an idea. The position of his body is perfect to depict an enemy's decapitation. The unlucky victim is a Minas Tirith Warrior, whom I gave a Corsair head for two reasons. First, he has his mouth open as if he is trying to scream from fear. And second, he hasn't a helmet, so it is easy for the Orc Captain to pull him by his long hair! The final scene has a lot of tension. Of course it is violent but that was the target to reenact the tremendous moment of the battle. I wanted also to show Orc Captain's complete prevalence over his opponent. That's why I called him "The Widowmaker". Now I have to use greenstuff to fix all the details and to paint them as well! 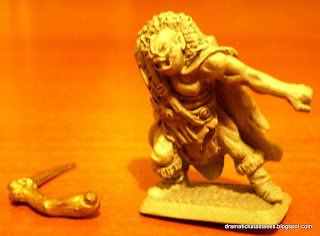 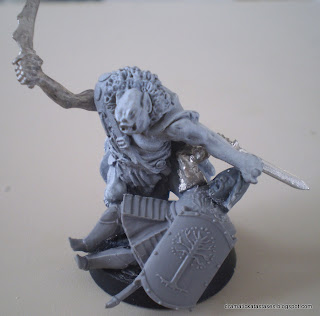 ﻿ I visited also my friend today and I took a couple of photos of the converted Beregond and the Galadhrim Banner Bearer. Here are the ready miniatures. He painted them really nice as you can see by yourselves. 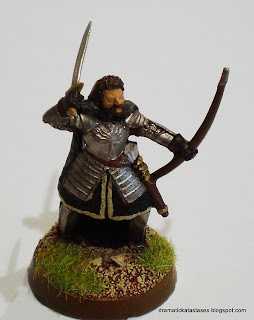 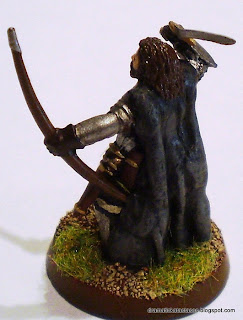 ﻿
That's it for today. Stay tuned for the progress of "The Widowmaker"!
Posted by dramatic katastases at 8:18 PM