Till today, Isengard was taking the lion's share of this blog. This is normal because Isengard army as well as Dwarves were the first two armies I built. The reason of my choice was simple. As a new player back then, I wanted warriors with high values of D and S. I wanted the ultimate warrior for my force. Someone almost immortal, armed with lethal weapons. A warrior whom the opponent had to throw a 6/4+ to kill, while he could kill just throwing a 3+. Of course this is not the spirit of the game, that's why today I have many other minies such as Orcs with bows or spears. Anyway, today I complete  the Isengard army warriors list, which I showed on one of my previous posts. All in total 150 warriors. From this list I kept for the end what I considered  the  best warriors of Saruman's force. The Uruk-hai Crossbowmen!
Again, when I built this formation, I had in my mind to keep the cost low. So, I used just three original crossbowmen while all the others came from converted Uruk-hai pikemen and Uruk-hai siege troops. As crossbows I used Orc bows stuck on part of the pike or on balsa wood. For arrows I used the spear peaks of the ex-Rohan Riders (now Dunlending horsemen). Enough with the words, here are the photos: 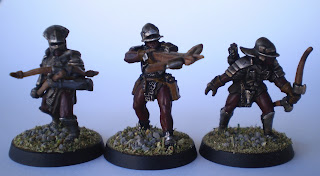 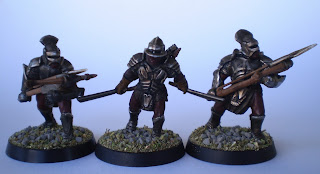 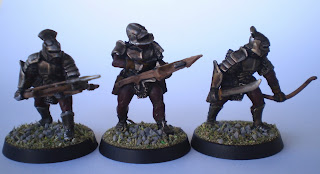 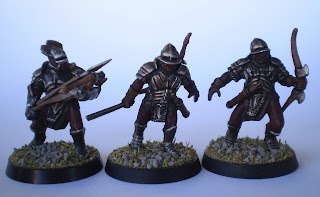 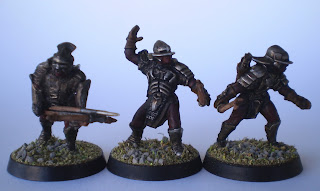 Among the warriors of the command unit I have Vrasku, a drummer, a banner-bearer, a shaman and Lurtz as a Hero: 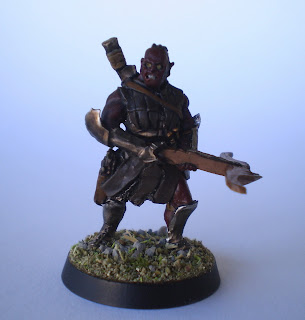 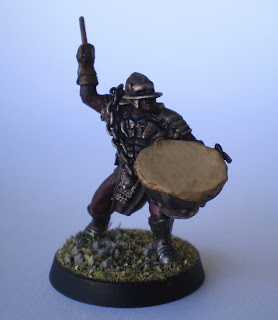 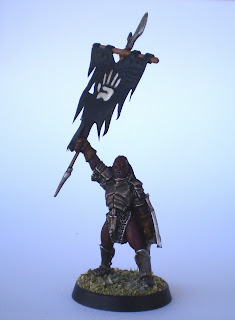 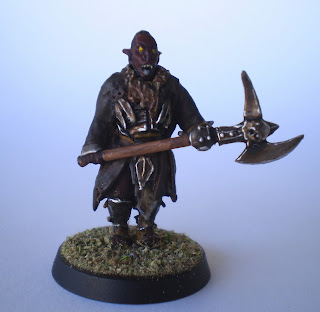 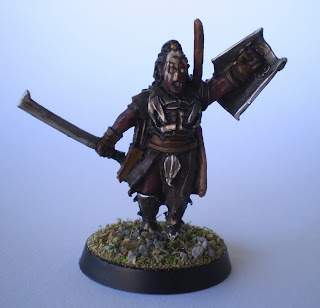 Some photos of various Uruk-hai crossbowmen: 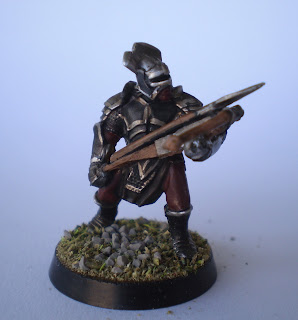 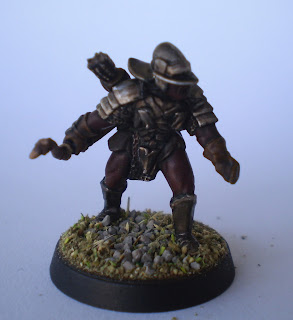 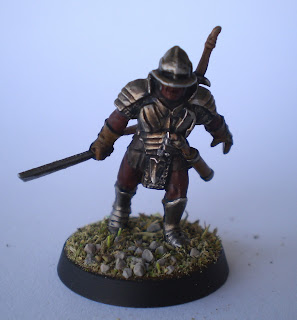 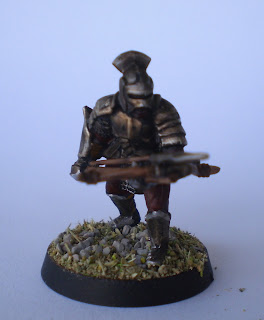 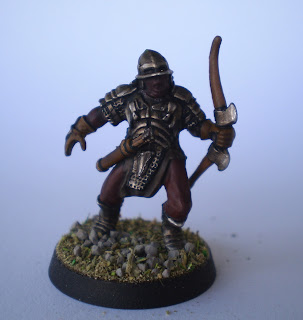 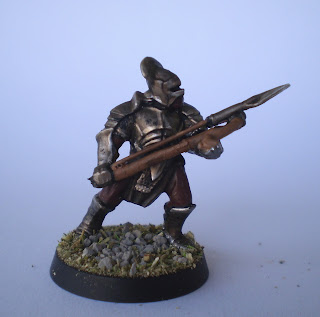 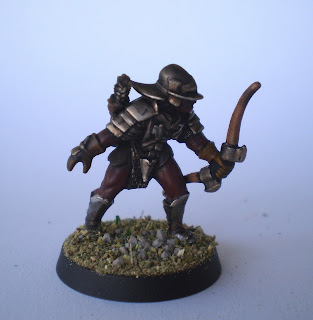 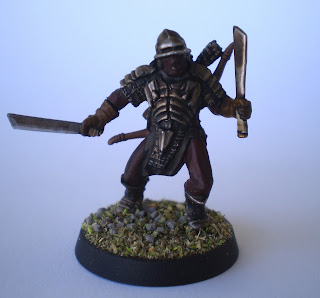 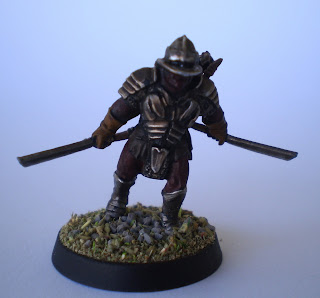 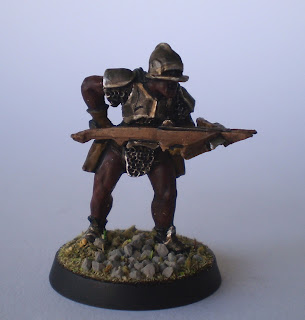 And the final photos of the whole formation: 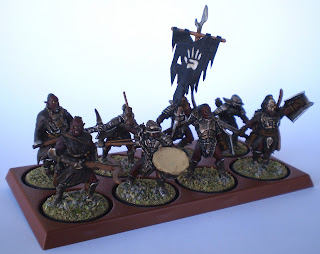 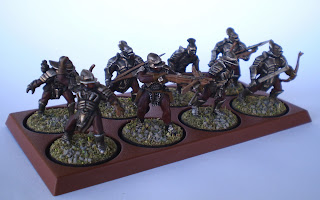 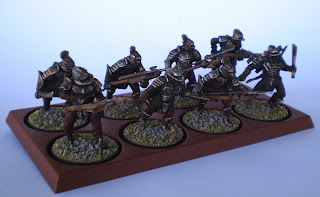 That's it. Be gentle please. I consider this formation the masterpiece of my Isengard army. Enjoy!
﻿

Posted by dramatic katastases at 3:04 PM