Another battle to show you, with a big number of cavalrymen to dress the lines of the Good force. Obviously, we speak about Rohan. A huge cavalry force of Rohirims fights against a wide variety of evil warriors this time. 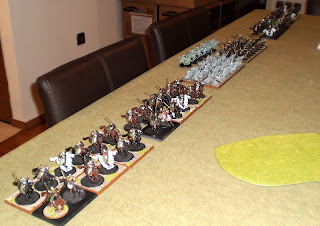 The Riders of Rohan 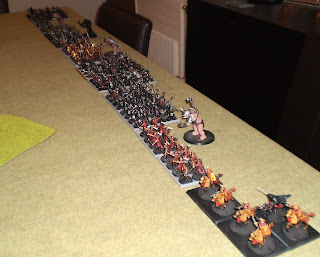 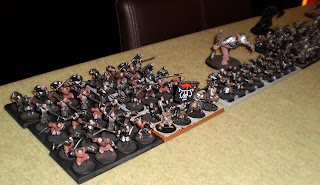 Right wing
Good force consists of Theoden, Theodred, Eowyn, Rohan Royal Guards, Riders of Rohan and Army of the Dead with their King. 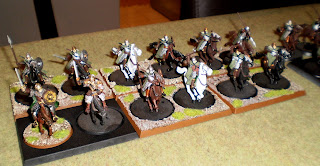 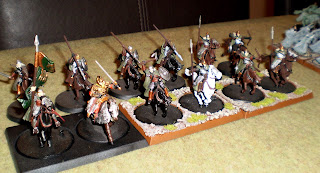 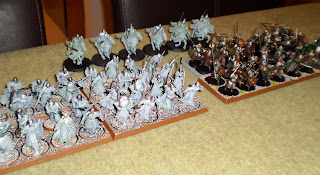 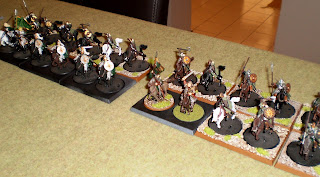 Left
﻿   The battle was immense and drifting but finally the evil forces took the control of the battlefield due to their numbers. Cavalry lost its advantage of fast maneuver and this forced it to gather in a limited area. Casualties were numerous for both sides. 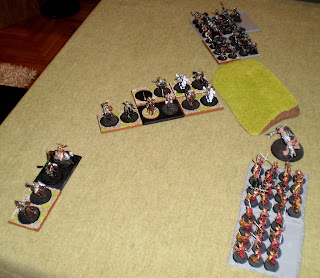 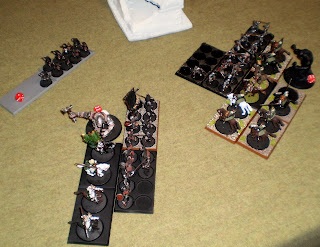