Some months ago we played a "Gondor in Flames" scenario LotR battle with a lot of points at both sides, Evil and Good. The game lasted ten turns. The objective was simple. There were five red markers in the town. A player who had three or more markers at his possession at the end of the tenth turn, was the winner! To possess a marker means to have at least one warrior always placed next to it. All the Gondor buildings are home-made and I will post them in the future. Below you can see the photos of the battle. I had the Evil force and, unfortunately, I lost! 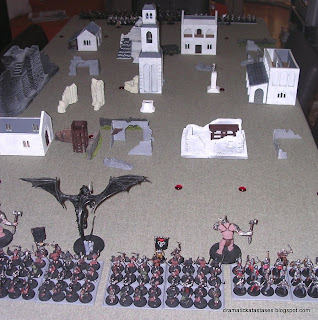 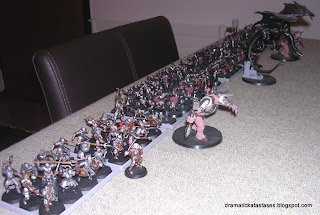 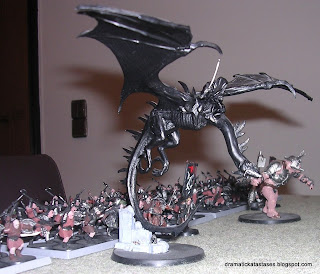 Nazgul and another Troll 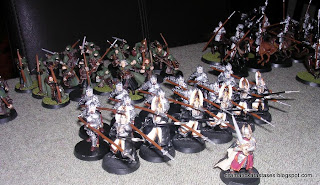 Guards of the Fountain Court and Madril's Rangers

Boromir and his Knights 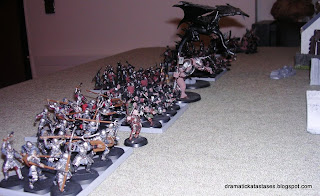 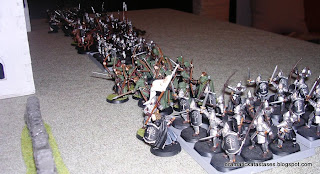 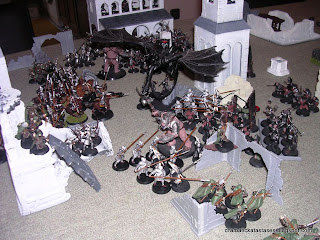 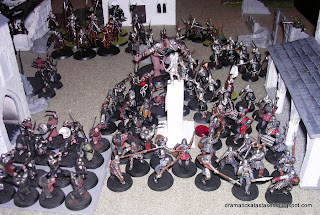 Fight for the marker 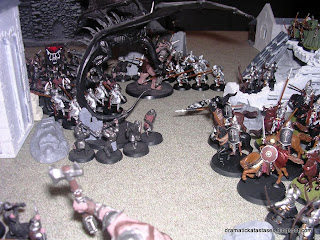 Nazgul and Trolls killed many men 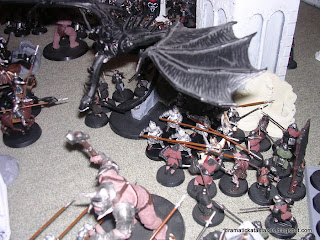 The fight was tremendous! 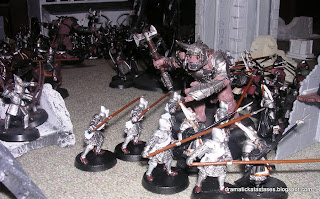 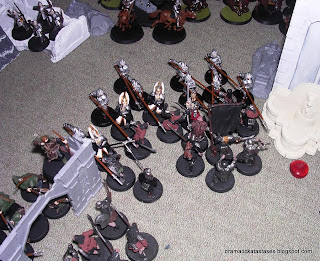 "The marker is ours" 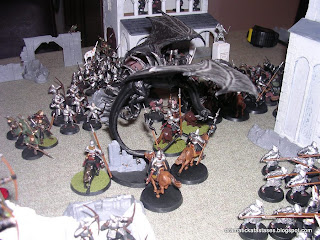 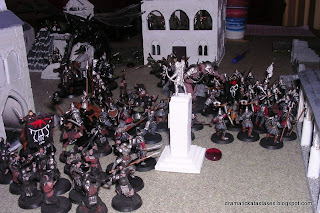 Ten-turn Game over! Count your markers!
At the end of the tenth turn I had only two markers in my possession! So, I lost. Anyway, better luck next time!
I would like to welcome marios prosalentis and The Antipope. Thanks for following this blog.
That's it. Stay tuned for more!
Posted by dramatic katastases at 9:55 PM