Dwellers in the Dark WIP

In my opinion, Dweller in the Dark is one of the best GW LotR miniatures. It is a finely detailed resin cast kit that consists of 10 parts, with two different heads among them. Almost a year ago I ordered one kit like that. When I received it, I opened the box, took a look and left it aside.
The day I decided to assemble it, I had a great surprise! The kit had three left hands (two of them identically the same) and no left leg! I send an e-mail to GW to ask what I had to do about it, though many months had passed since the moment I received the kit. What was the answer? They sent me a new one, free of charge and I didn't have to send back the initial one!!!
After that, I had a dilemma! What to do with the defective Dweller in the Dark! To keep it or not. I confess that I didn't have the stomach for throwing it away. So, take a look what I did: 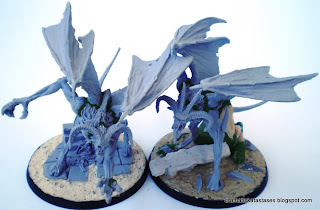 Dwellers in the Dark 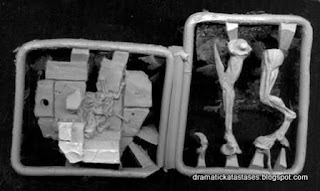 The missing left leg (last on the right) 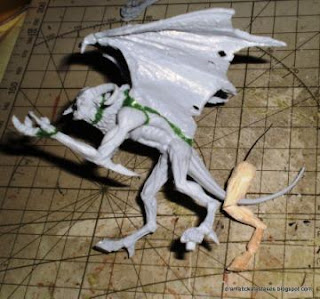 When I received the new Dweller figure I copied its left leg using balsa wood. 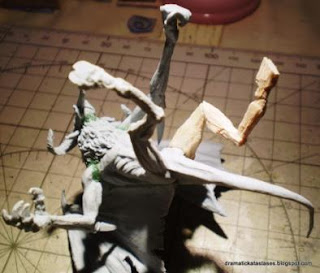 At the operating table 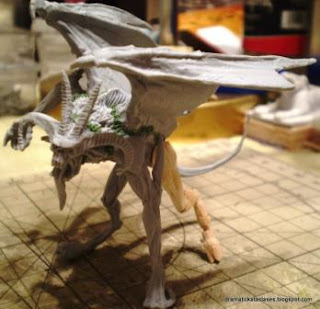 The left leg, as good as new!

To avoid the twin effect I used different heads and different left hands for my Dwellers. Additionally, I set one Dweller on the original base, the one with the dead dwarf,  while the other Dweller on a base decorated with a broken and fallen Ziterdes statue. 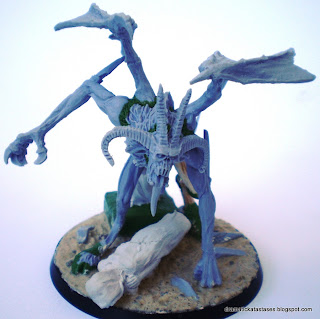 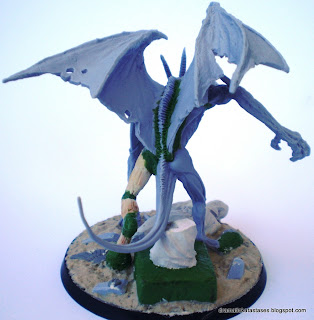 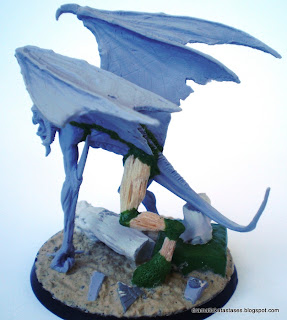 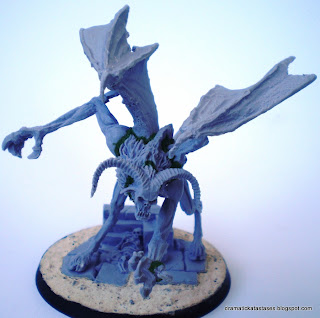 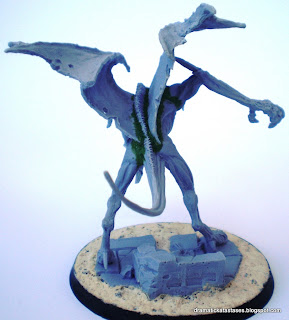 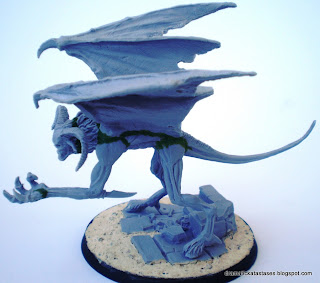 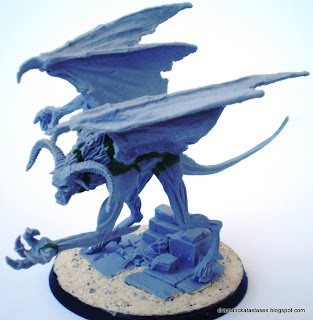 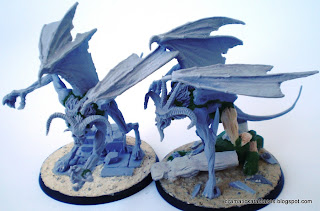 The next step is to paint them.
That's it for today! Stay tuned for more!
Posted by dramatic katastases at 7:20 PM