Black-dressed warriors, the Black Numenoreans, are skilled fighters, the most feared and deadly servants of Sauron. I have eight of them and they spread terror among their enemies whenever they appear on the battlefield. Castellans of Dol Gundur are Indepented Heroes according to the new sourcebook. They are spirits that stalk the paths of Dark Lord's realm slaying those they find. Their D7, two attacks, high Courage and Fight make them the ideal warriors. Finally, Shadow Lord is a priceless Hero because of his Pall of Darkness special rule. It can neutralize all kind of good archers' shootings. Below you can see some photos of these heroes and warriors who serve the Evil. 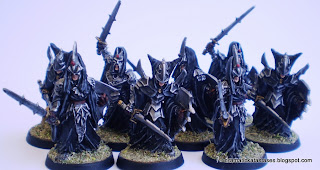 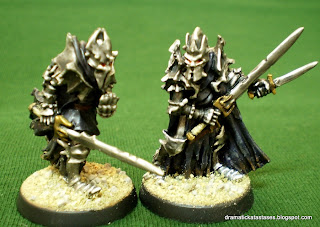 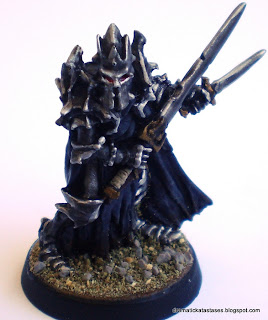 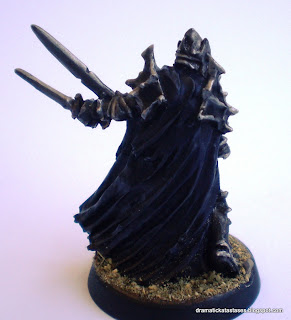 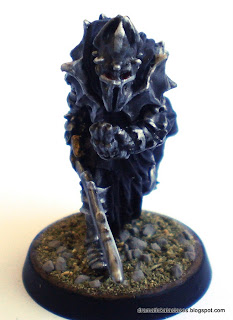 "Who dares to deal with me?" 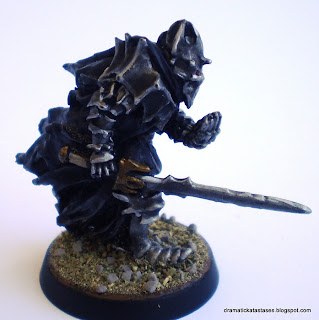 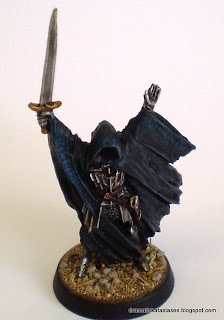 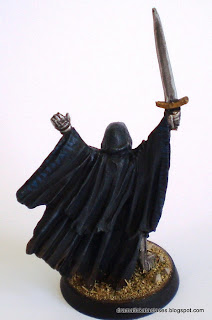 That's it for today. Stay tuned!﻿

Posted by dramatic katastases at 9:13 PM