﻿      Morannon Orcs were a stronger strain of Orcs. Their armour is thick and strong, providing them additional resilience. This enhanced wargear, coupled with the Morannon Orcs' increased strength, makes them ideal shock troops.
Morannon Orcs were similar in size to Uruk-Hai that appeared in the late Third Age. They were Sauron's primary infantry at the Battle of Osgiliath, Battle of the Pelennor Fields, Battle of Cair Andros and the Battle of the Morannon.These orcs also knew how to operate siege engines, like catapults and battering rams. They were heavy infantry troops and wore heavy thick black armor of sharpened plate steel and were actually taught how to fight and defend. They used the same weapons as all of the other orcs but due to their training, they fought much better and could anticipate enemy attacks much faster than the rest of the orcs. The troops invading Osgiliath and laying seige to Minas Tirith appear to be a mixture of many breeds, mostly Morannon orcs, some Mordor Uruk-hai and large factions of lesser orcs. Morannon Orcs' skill in battle is very comparable to that of the Uruk-hai, however, they are NOT Uruks. They are merely Orcs superior to normal ones in every way.
Below you can see four companies, one of them is the Gothmog's command  company. I used the Captains as warriors and some hounds to fill the empty slots. 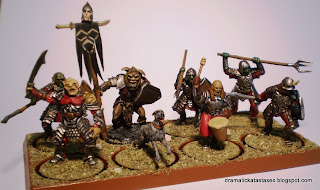 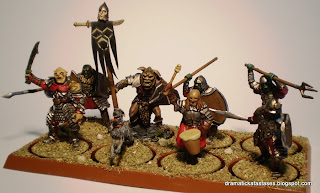 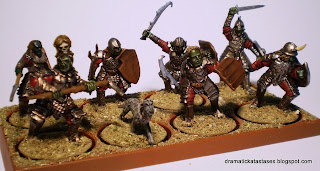 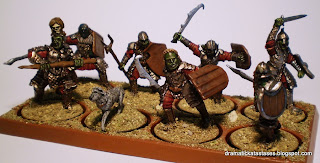 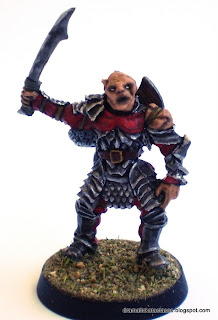 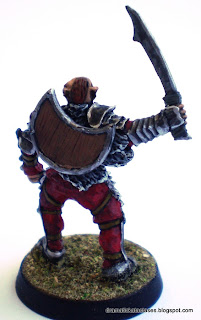 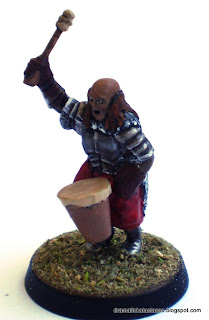 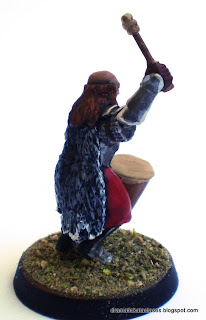 Morannon Drummer has a body of a Uruk-hai warrior, the head of a Rohan Outrider and a fur made of greenstuff. ﻿ 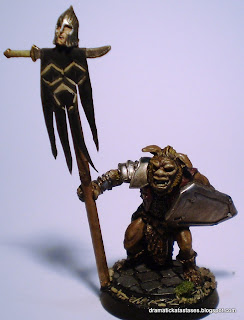 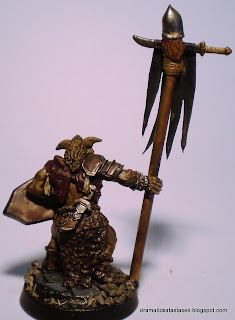 The Banner bearer is an old Ral Partha miniature. The banner is made of aluminium foil.
That's it for today. Stay tuned for more! ﻿

Posted by dramatic katastases at 4:37 PM