As I promised, here some photos of the new project, the Swan Knights of Dol Amroth (aka SKODA) on Foot formation. Two companies, in total sixteen miniatures. Prince Imrahil of Dol Amroth, farmer Maggot as a little drummer boy, a plastic warrior of Númenor as the formation's Banner-bearer, ten plastic warriors of Númenor and three Knights of Dol Amroth on Foot. All of them will be painted with the proper colours (the characteristic blue and white of Dol Amroth) to become a nice united formation. There are two reasons why I used warriors of Númenor. First,  they have wings on their helmets and second they are much more cheaper than the originals. 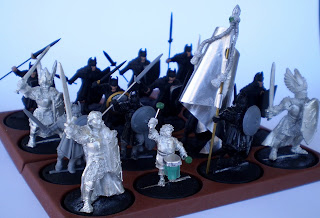 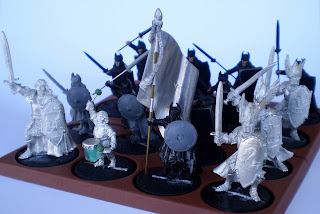 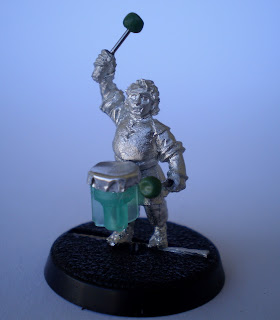 Maggot as the little drummer boy 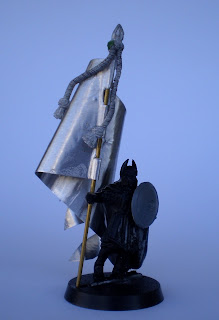 A warrior of Númenor as the Banner-bearer
Finally, a variety of Knights on Foot. Some of them have dwarf shields, while others have a  balsa shield. Spears are swords which I have extended with a pin. 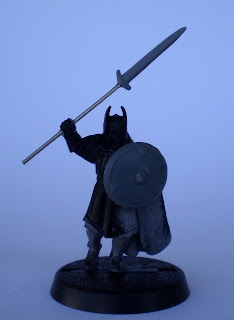 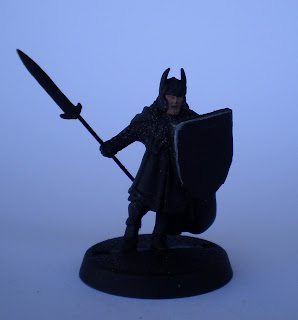 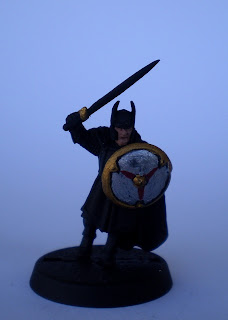 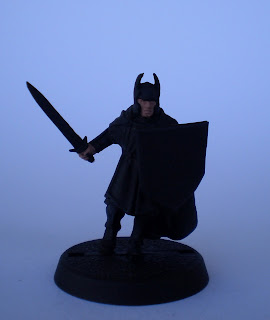 That's it for today. Stay tuned for more!﻿
Posted by dramatic katastases at 10:32 AM

Email ThisBlogThis!Share to TwitterShare to FacebookShare to Pinterest
Labels: SKODA