A few photos of another WotR game. Two players on each side this time. Our side, the good guys, consisted of Durin's dwarves with Boromir's Warriors and Knights of Minas Tirith as allies. The opponents' side, the dark side, consisted of any kind of evil creature, such as: Trolls, Orcs, Wargs and a Ringwraith mounted on a Fell Beast. 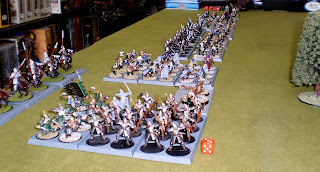 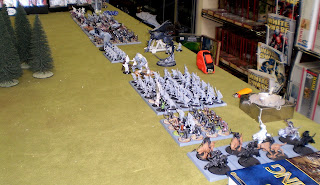 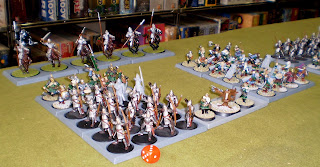 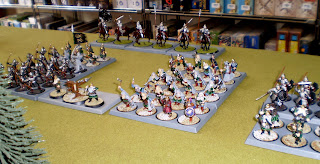 Gimli, Murin and the right wing

Boromir and the centre of the force

Durin, Mardin and the left wing 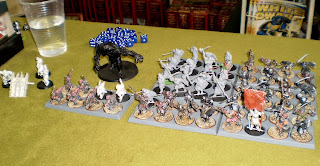 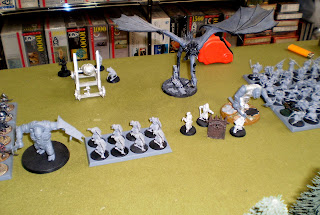 The strong centre (you can see the reason) 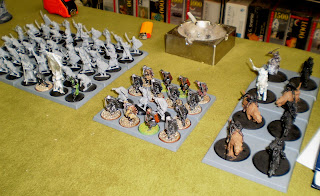 The left wing (don't pay attention to the cigarette) 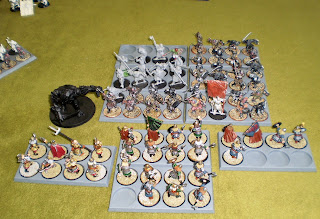 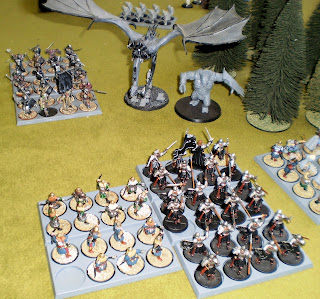 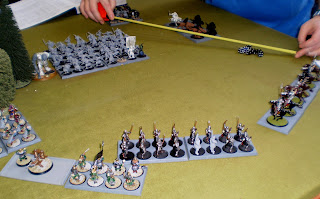 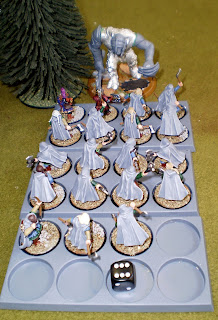 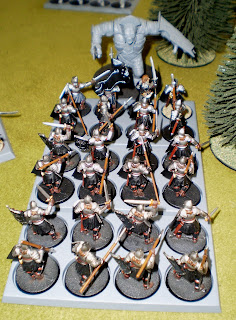 Boromir vs Troll
Battle result: Durin fell and good forces lost despite﻿ the plethora of strong good heroes among their lines. Not so glorious day, I can say, for us the good guys.
The reason of our defeat was simple. First of all, we hadn't faced a nazgul on the battlefield ever before and we didn't know how to deal with it. Archers and balistae did nothing. Furthermore, our formations had a limited number of companies, not more than three each one of them. Huge mistake! Finally, we considered as first priority the Trolls and we focused on them while nazgul was the real threat. After the third turn we paid hard for our wrong estimation. Anyway, better luck next time!
Posted by dramatic katastases at 3:00 PM