Roughly 29.430 Soviet tanks T-34/85 were produced during WW2 because the Red Army needed a medium tank to face the German Tigers and not only. 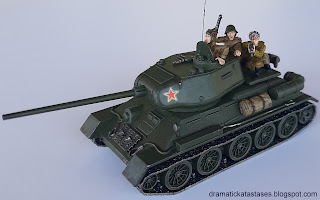 When Soviet firing tests against a captured Tiger I in April '43 showed that the T-34's 76mm gun could not penetrate it, a Soviet 85mm anti-aircraft gun, the M1939, was found capable of doing the job. The gun could penetrate the Tiger I's upper hull armour at 1 km. It was still not enough to match the Tiger, which could destroy the T-34 from a distance of 1.5 to 2 km but it was an improvement. 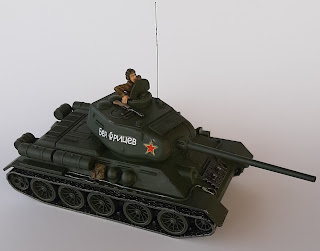 Production of the T-34/85 began in January '44 at Krasnoye Sormovo Shipyard No. 112 and became the standard medium tank of the Red Army. Its production run until the end of the war. 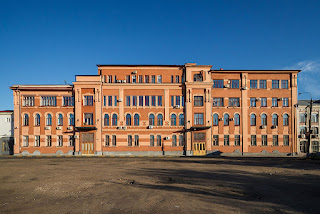 The Factory 112
The T-34/85 had better armour and mobility than the Panzer IV and StuG III. While it could not match the armour or weapons of the Panther and Tiger tanks, its improved firepower made it much more effective than earlier Soviet models, and overall it was more cost-effective than the heaviest German tanks. 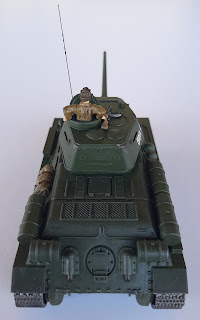 Tанковый десант is a military tactic, where infantry soldiers ride into an attack on tanks, then dismount to fight on foot in the final phase of the assault. This tactic was used by the Red Army during WW2. 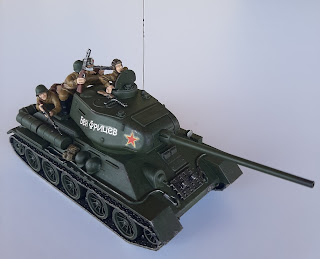 Tank desant troops were infantry trained in the tactic in order to offer small-arms support in suppression of enemy anti-tank weapons or enemy infantry using anti-tank grenades. Riding on tanks during actual combat is very dangerous. Tank riders are very vulnerable to machine gun and high explosive fire, and the high silhouette of most tanks would draw enemy fire. 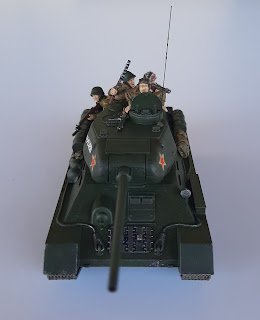 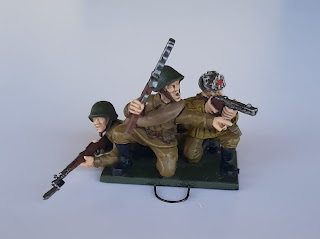 The number of infantry assigned to a tank depended on the class of the tank; the usual numbers were: Heavy tank, 10-12 soldiers, Medium tank, 8-10 soldiers and Light tank, 5-6 soldiers. 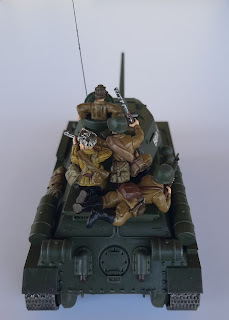 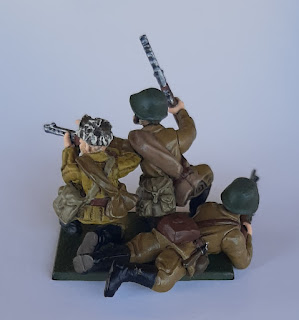 The above two tank riders with helmets are plastic miniatures of the Soviet Infantry box of Warlord Games, while the third is a metal passenger figure of the Soviet Universal Carrier of the same brand. 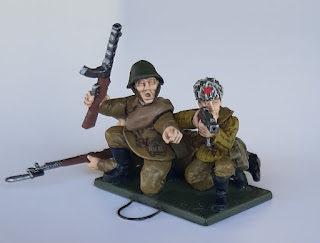 The metal figure didn't have the right foot in order to fit in the Universal Carrier so I gave it one from a sprue of plastic Soviet infantry. 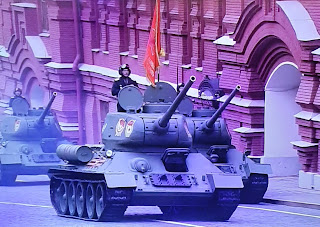 Victory Day parade, 9th of May

Red Square, Moscow
Meanwhile we visited a very nice restaurant at Goulediana of Rethymno region in Crete, where we tasted the delicious "gamopilafo" (rice boiled in lamp and chicken broth) among other traditional dishes of the Cretan Cuisine. 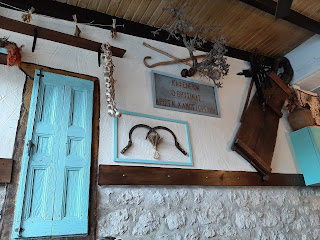 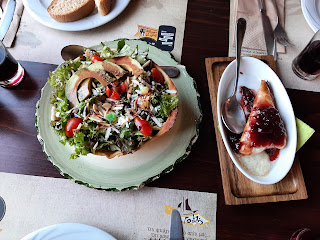 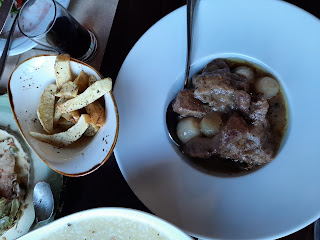 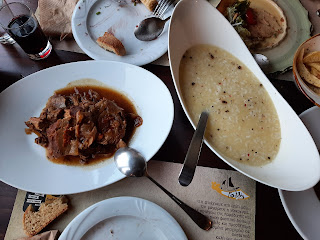 Beef in tomato sauce and gamopilafo
That's it for today! Stay tuned for more!
Very Merry Christmas to all!
Posted by dramatic katastases at 6:54 PM