Two of the Trolls, an Isengard and a Mordor one, are ready for basecoating. Let's see what I have done so far: 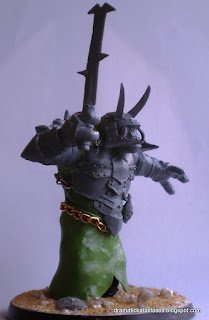 Since it was too difficult for me to sculpt troll's legs I gave it a skirt-like garment. This, as well as the upper body of the troll are made of green-stuff. I also gave the troll a chain belt, part of an used necklace of my wife! The buckle of the chain belt is the piece of the troll's armour, which protects the back of its hand. I cut it from a spare hand. 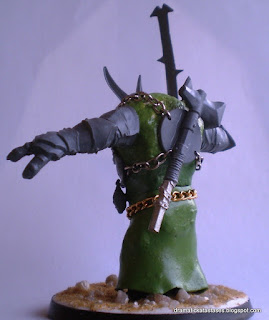 The "metallic" disc, which protects the back of the troll, is the "membrane head skin" of an unused troll's drum. The chains come from another cheap necklace of my wife! 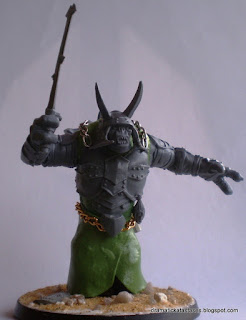 The hanging head of the poor guy, which decorates the troll's amour comes from the Warlord Games, Celtic warriors plastic box set. It looks like a Rohirrim's head! 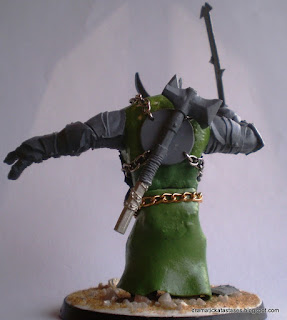 Finally, the war hammer consists of three parts. The head is the head of the troll's hammer, the top of the shaft is the part of a spare Isengard troll's spear and the rest is a part of a Moria cave-troll's hammer. 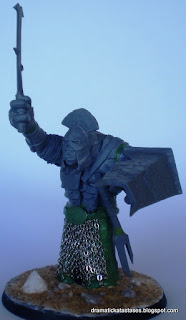 I gave the Isengard Troll a skirt-like garment as well and a belt, both made of green stuff. 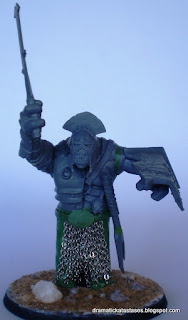 I had a very thin chain, which I cut in pieces in order to create the baltea (the groin protection). 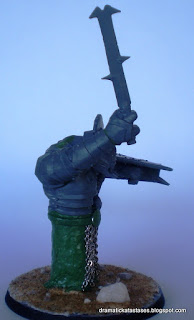 I added the cheek-pieces of the small Mordor troll's helmet to the Isengard one. 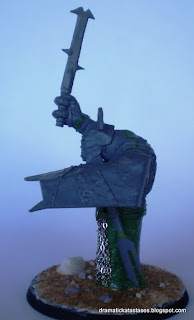 The extra hanging weapon consists of the spear-head of a spare spear and the shaft of the above hammer. I had first to remove the troll's hand that held it. 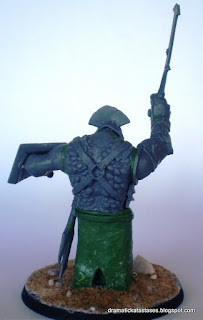 I am not so happy with the back part of the skirt. I will add some more green stuff because I want it to trail along the ground. 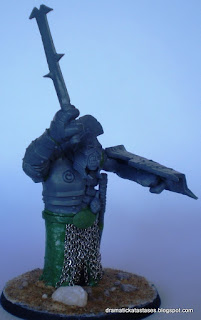 Finally, I used the second hanging head of the aforementioned plastic box set for this troll.

That's all for today! Stay tuned for more!
Posted by dramatic katastases at 3:53 PM