I finished the Shadow Lord on foot miniature back in 2012 and the mounted version had been  waiting in a drawer since that same year for a better day! Now, this day has came and the mounted Shadow Lord is ready at last! I didn't paint him with the same colours as the on foot version because the final result would be too dark. So, I used some bright colours, such as medium blue for the scabbard and burnt cad. red for the bridles. Ok, I know that the on foot version, which by the way you can see here, doesn't have bridles! 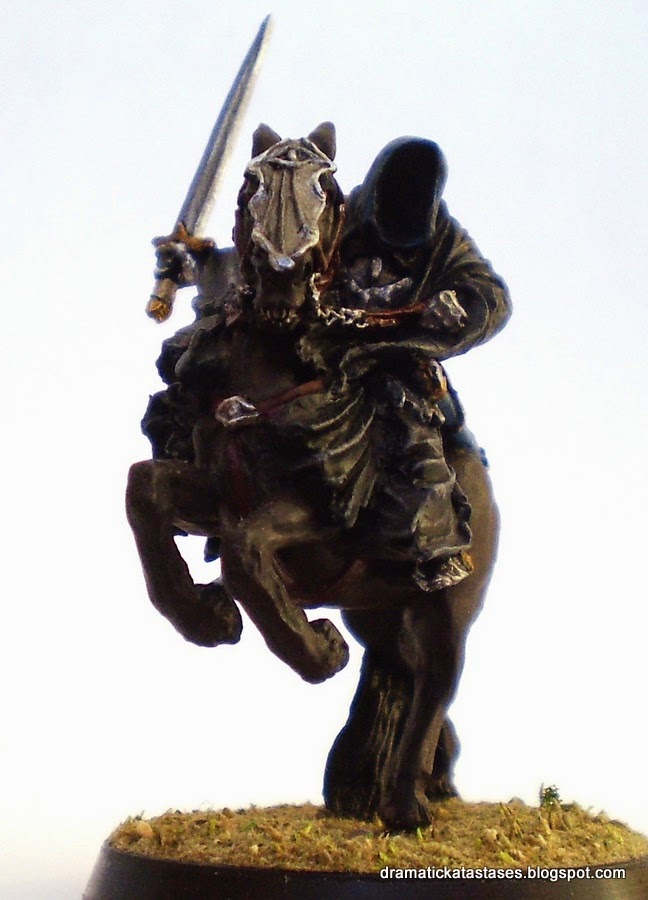 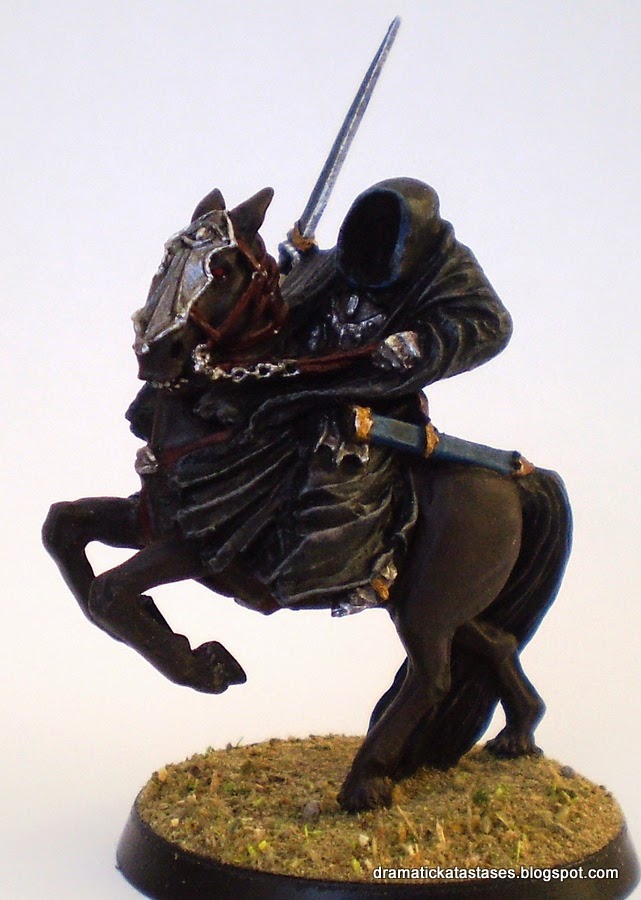 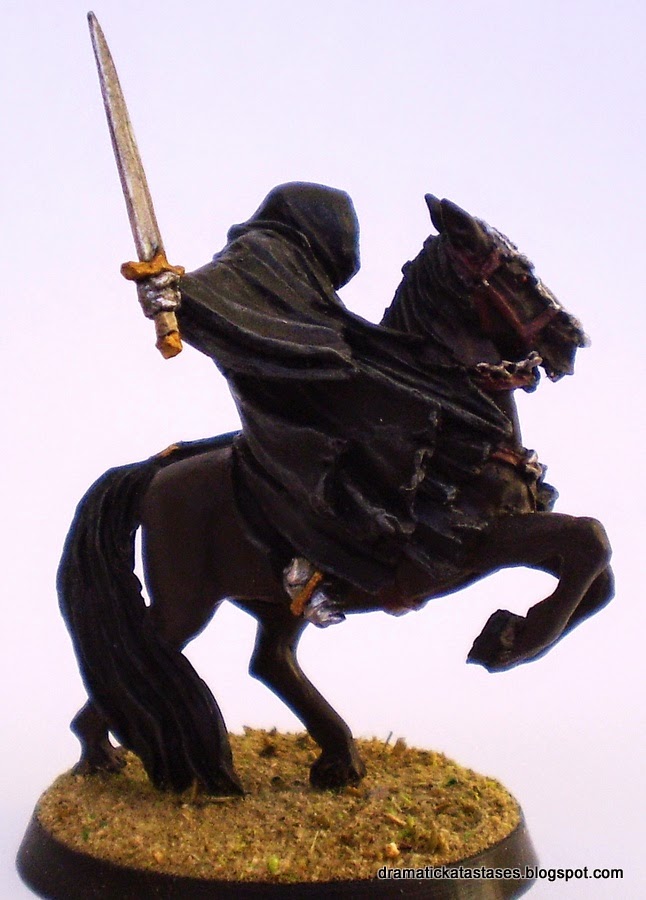 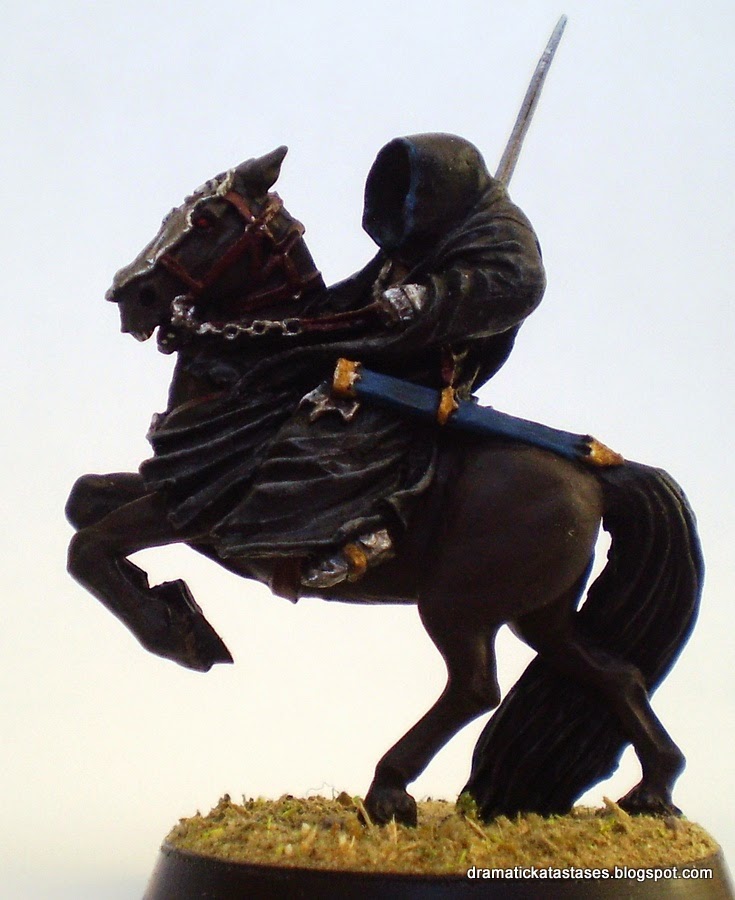 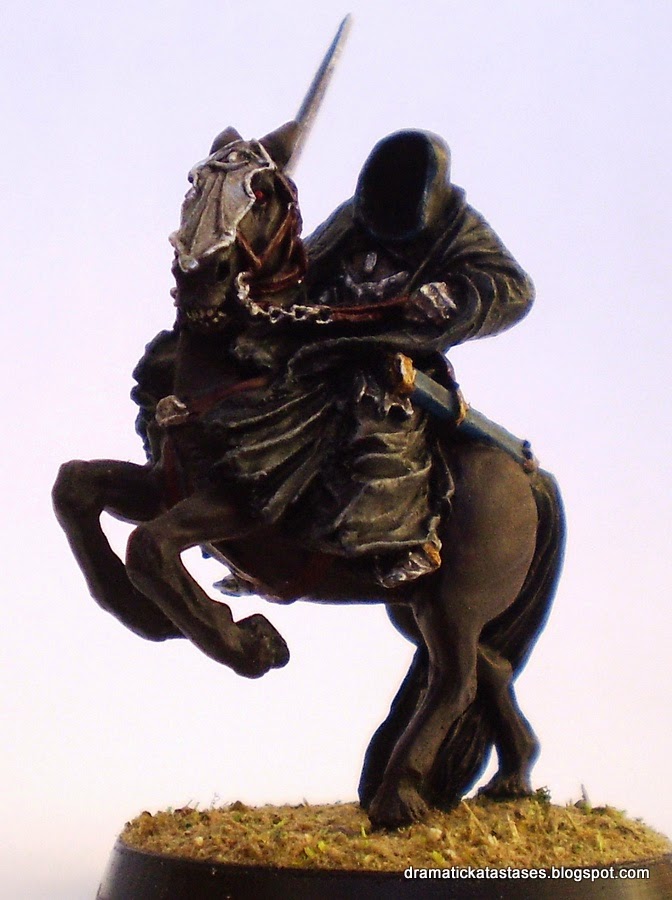 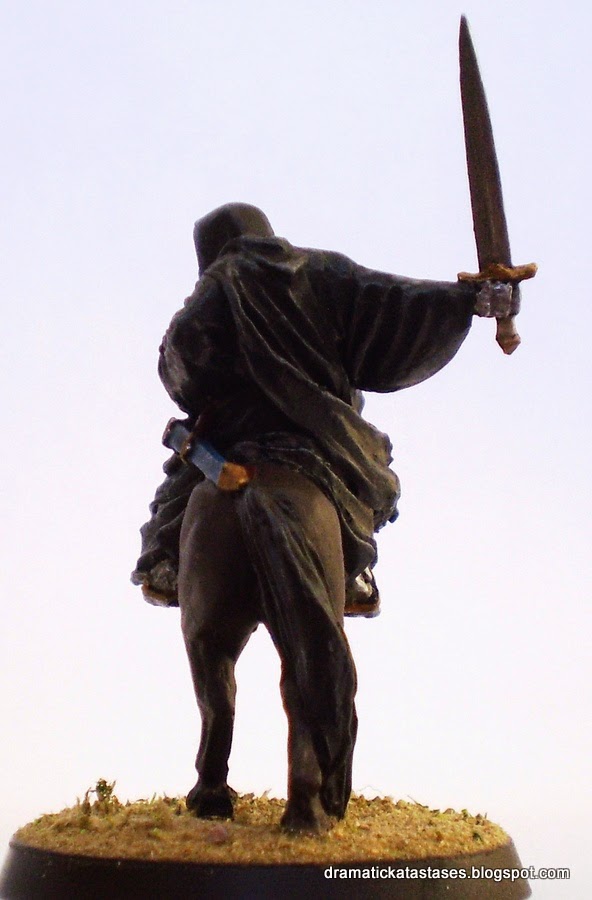 Barbate is a very nice coastal town here in Andalusia. Barbate has two local dishes, the famous barbatella and  the Tartar de atún rojo! Barbatella is paella but instead of seafood has only tuna fish and Tartar de atún rojo is raw tuna (atún in Spanish) with avocado! Both are very delicious! Enjoy! 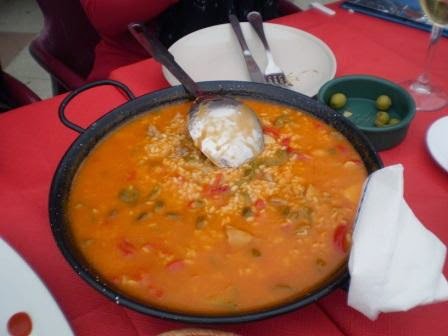 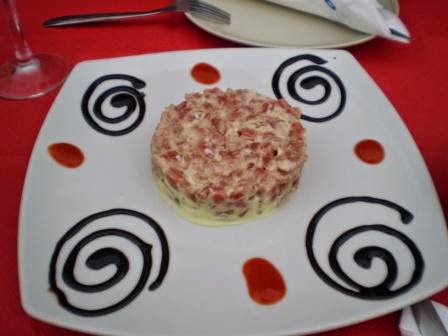 That's it for today! Stay tuned for more!
Posted by dramatic katastases at 8:39 PM