Glorfindel, the Lord of the West, is a very powerful hero! He causes terror to his opponents and at the same time he is resistant to magic. His high defense and courage value (both are 7) make him the perfect leader for an elf army. 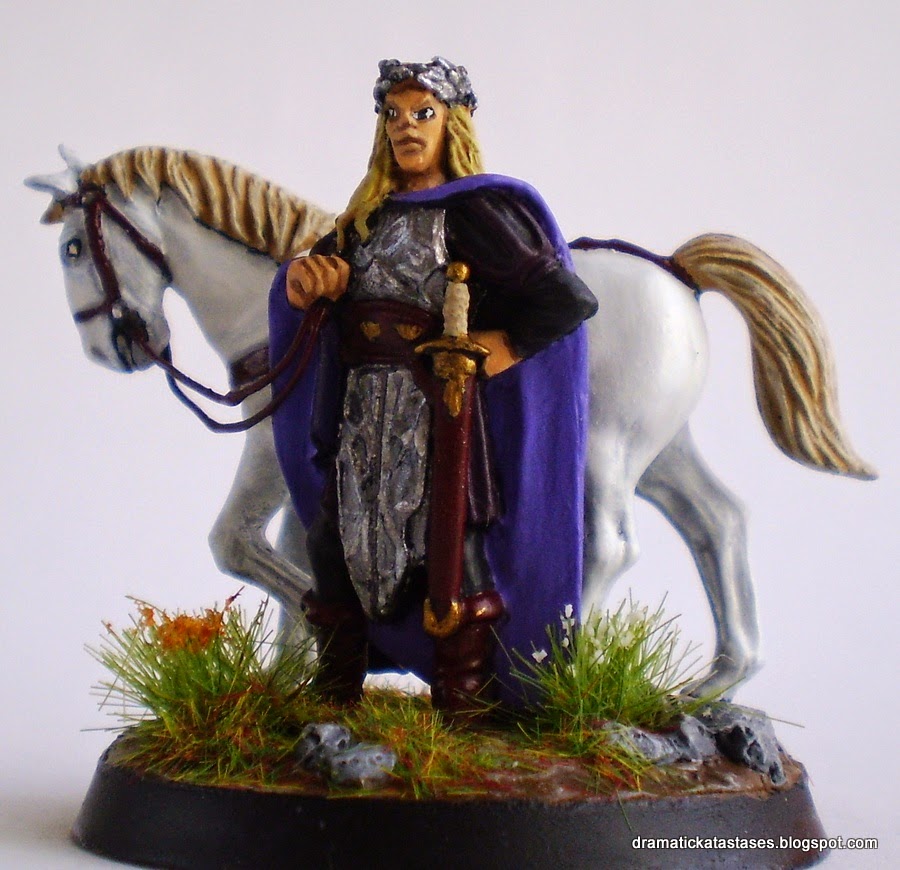 The original GW miniatures of Glorfindel, mounted and on foot, are out of production. Since I couldn't buy it, I had to use something else as an alternative solution. In my spare parts box, I had two "The Elven king" classic 32mm scale metal Mithril miniatures and a spare plastic horse from Warlord games Pike and shotte horses sprue. So, this is what I did! 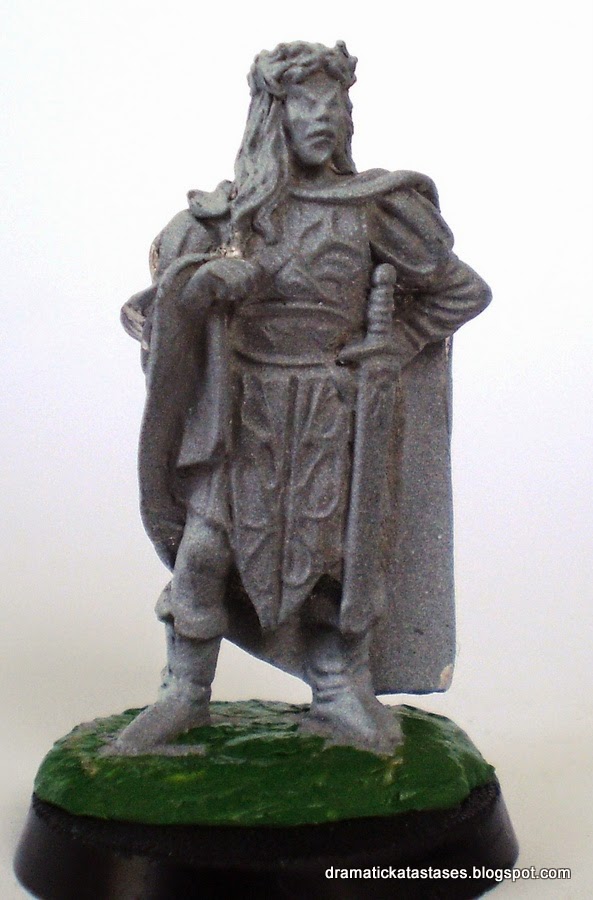 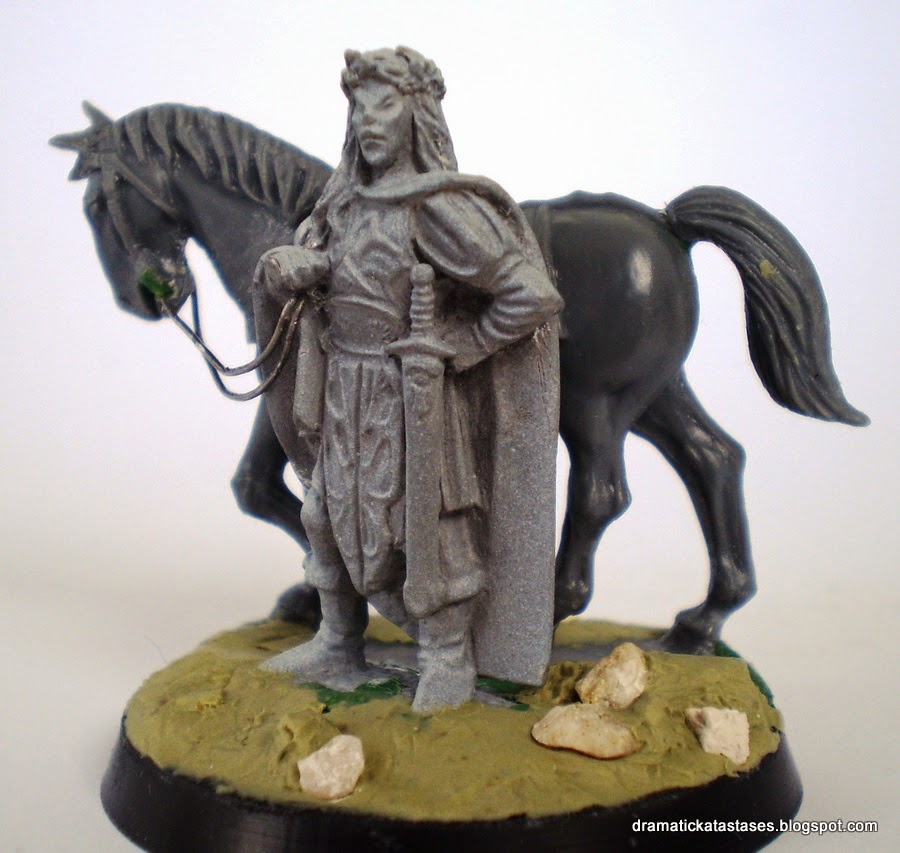 The second miniature, the dismounted one 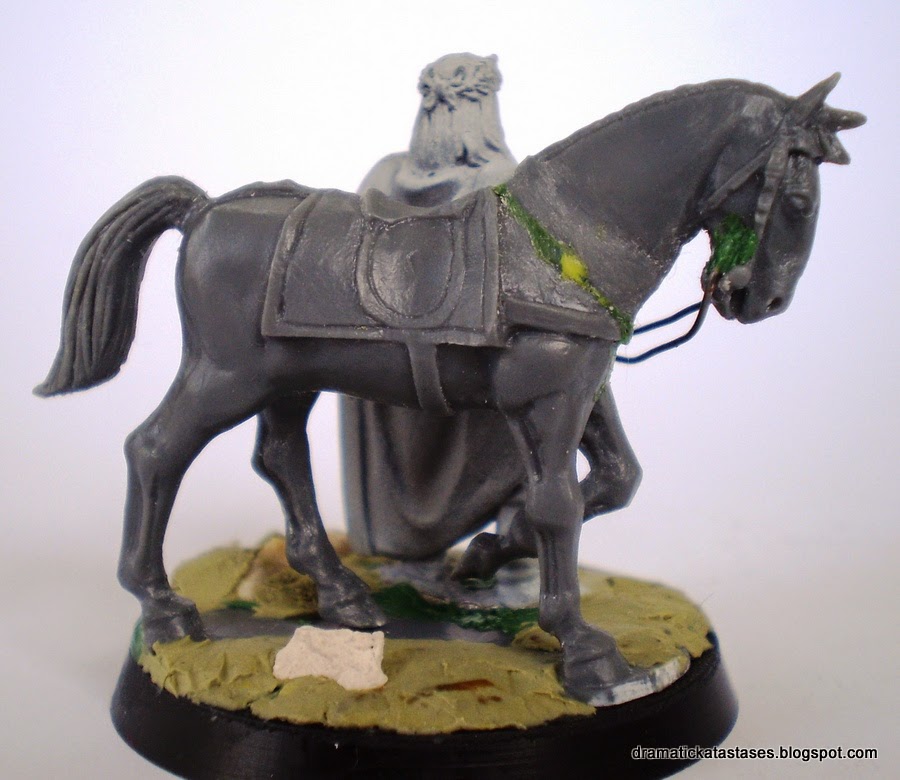 I had to remove the plastic reins from the horse neck and to use a metallic wire for the new. The Warlord games horses are a little bigger than the plastic GW ones. This is good, because a hero needs a tall horse to distinguish himself from the rest soldiers. I used a similar horse for the mounted miniature of Faramir. 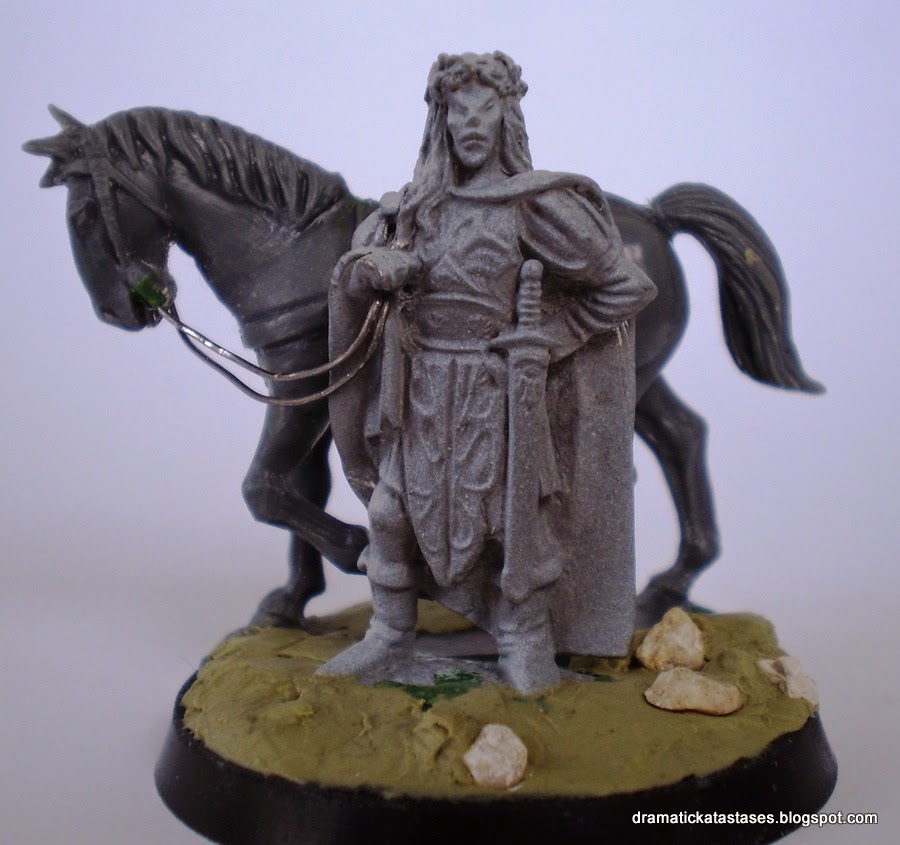 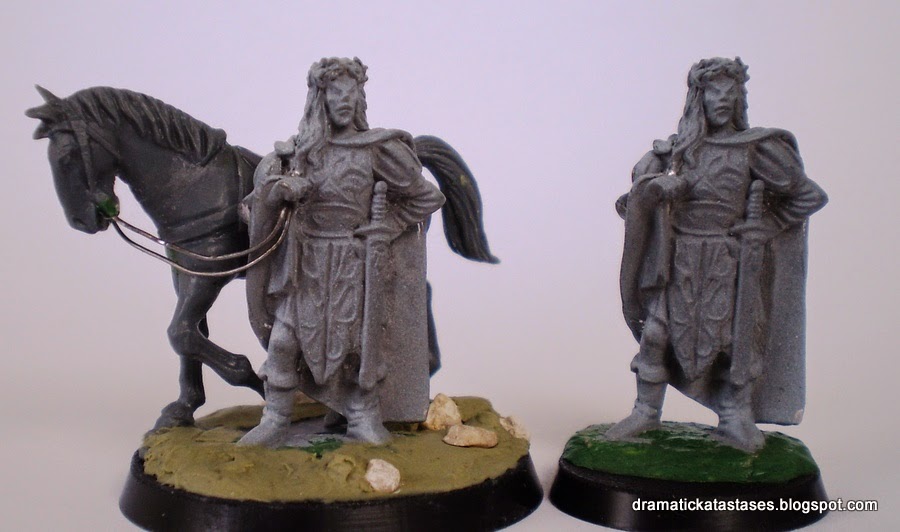 Glorfindel mounted (or better dismounted) and on foot

I used various purple shades of Vallejo paints for his clothes, painted his horse white and added some flowers on the base. He is an elf, he must have colours and flowers around him! 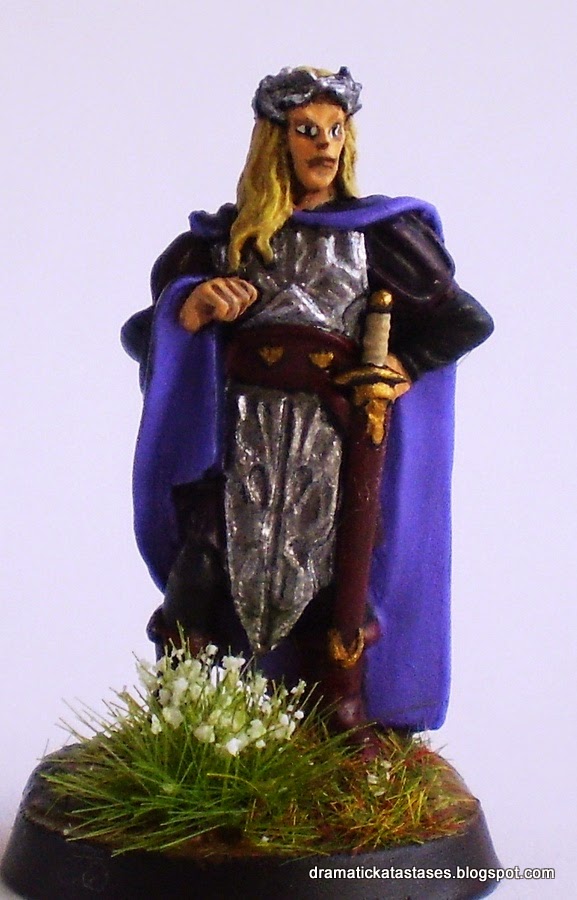 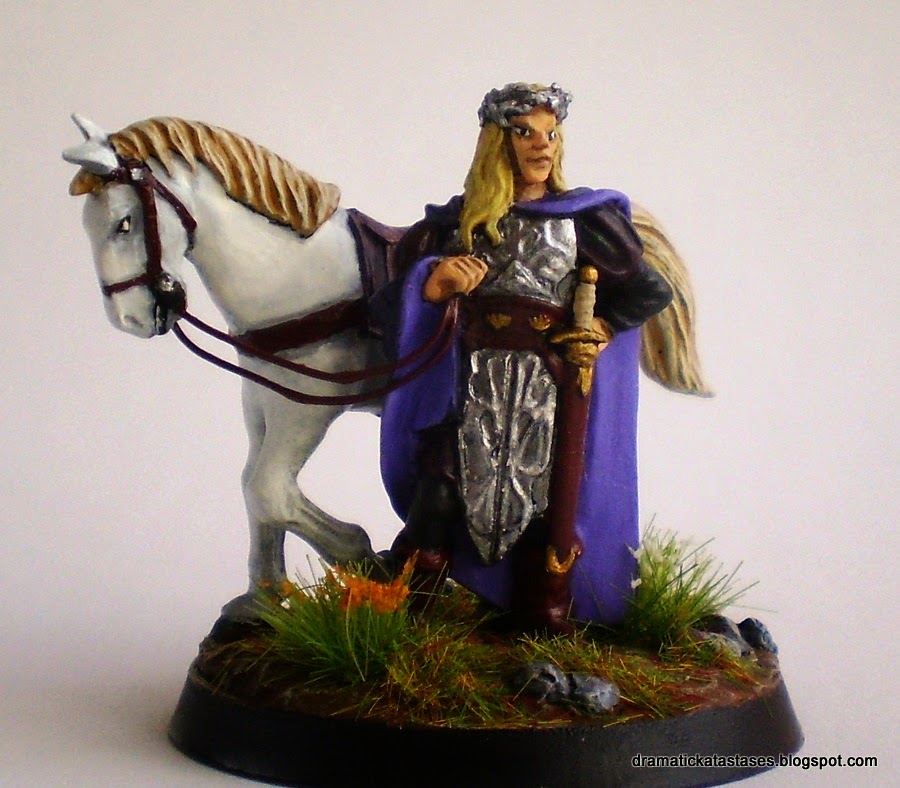 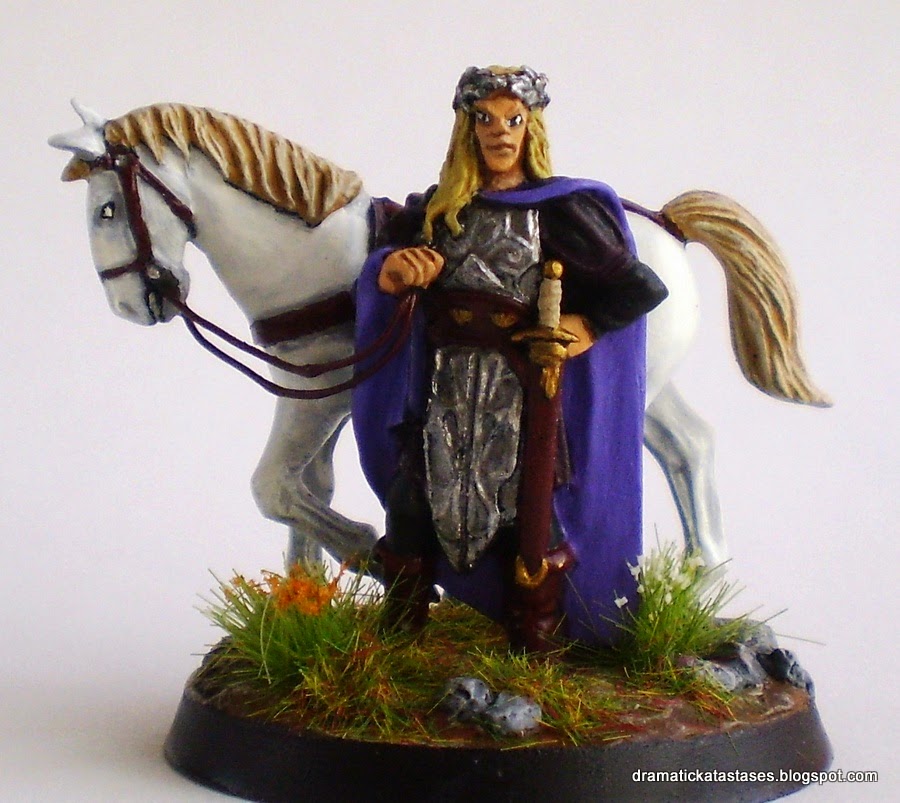 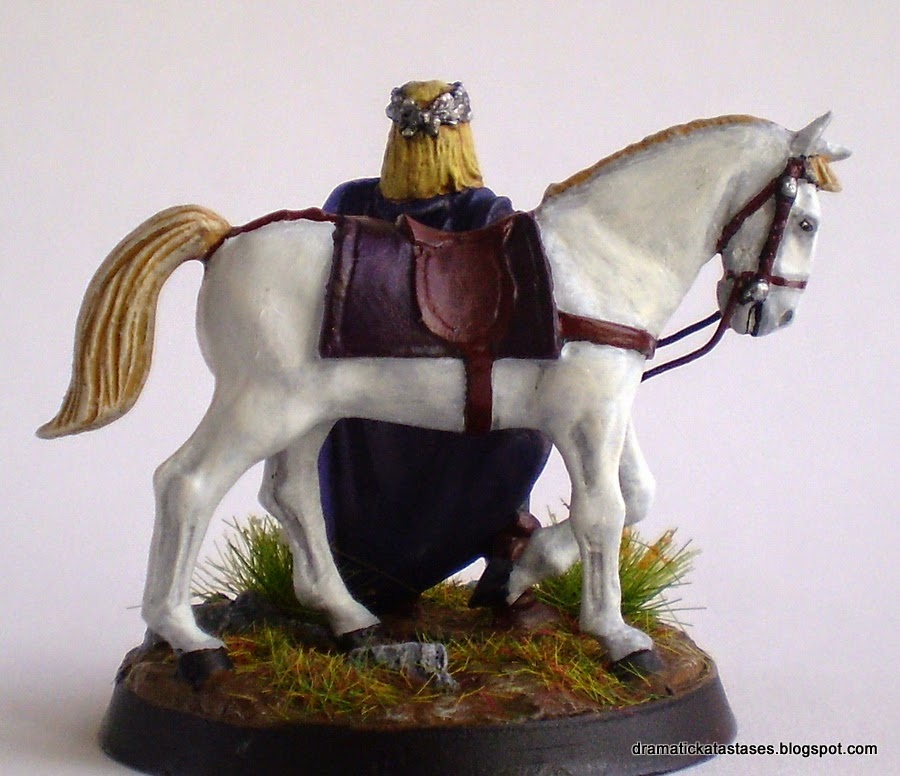 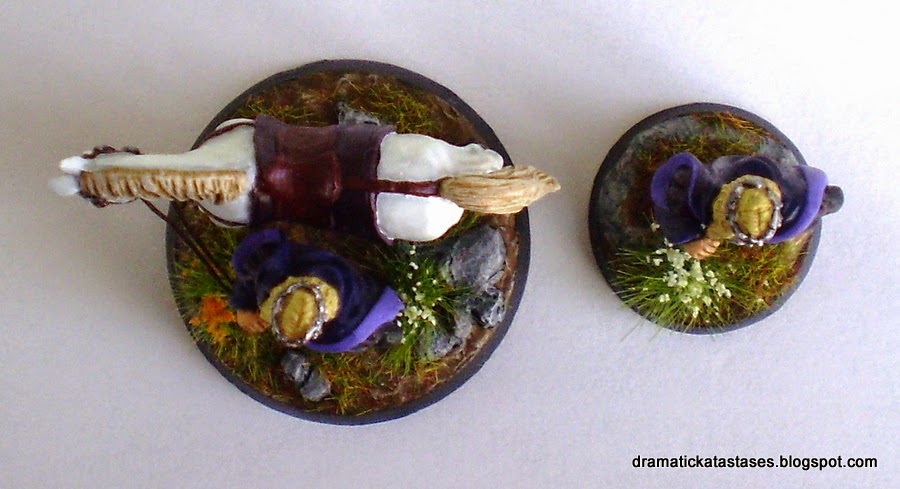 In the meanwhile, we visited Chipiona, a small city of Andalusia. The weather that day was perfect and people walked all over the town. Almost all the restaurants with tapas were full. I tried erizos de mar. Delicious! 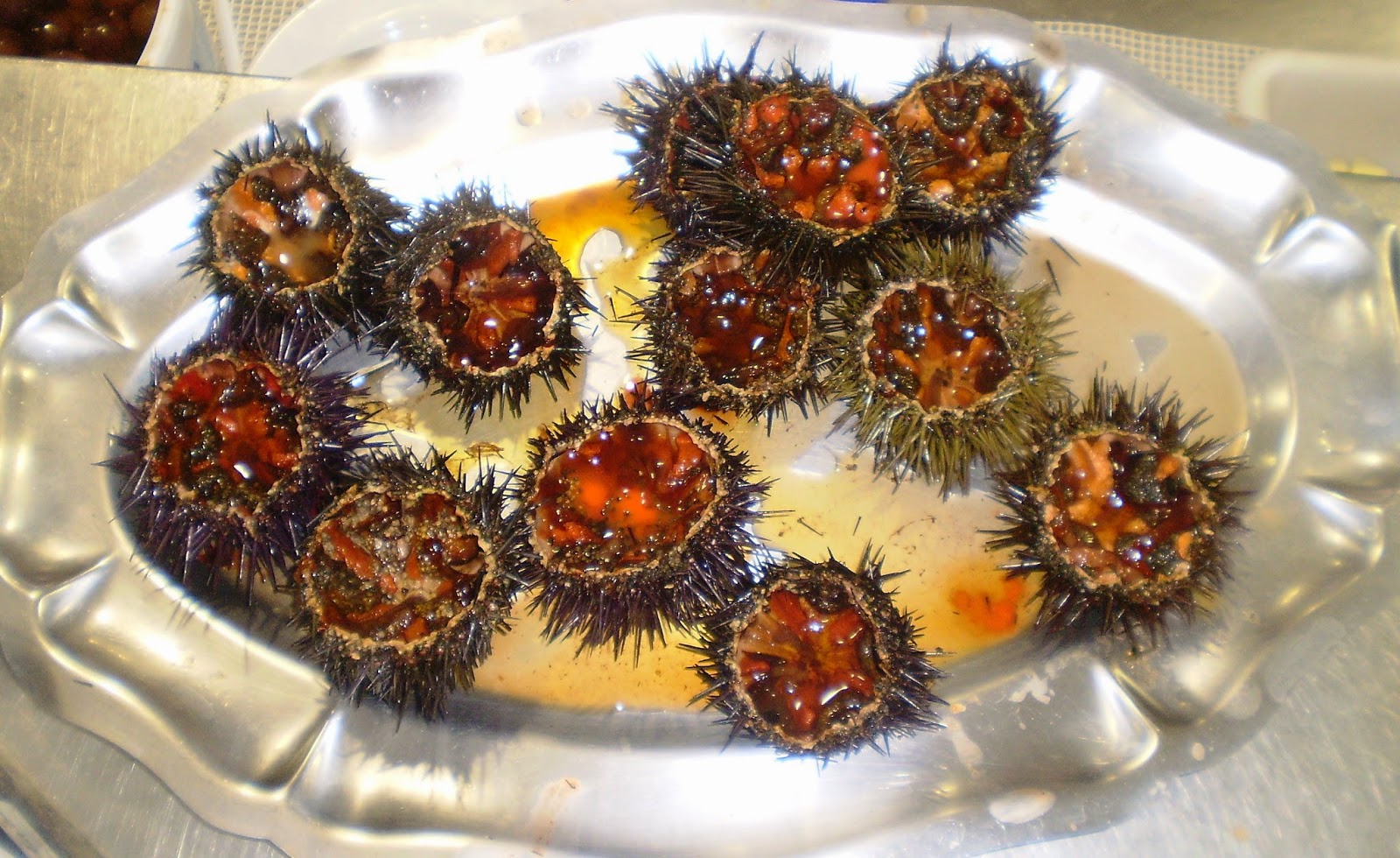 This period of time, in the end of February, the weather here in Andalusia is nice. We find vegetables, such as eggplants, tomatoes, etc., that in Greece we usually eat only during summertime. I grabbed the opportunity to cook  the Greek "Yemista", vegetables stuffed with pork minced meat and rice. Also delicious! 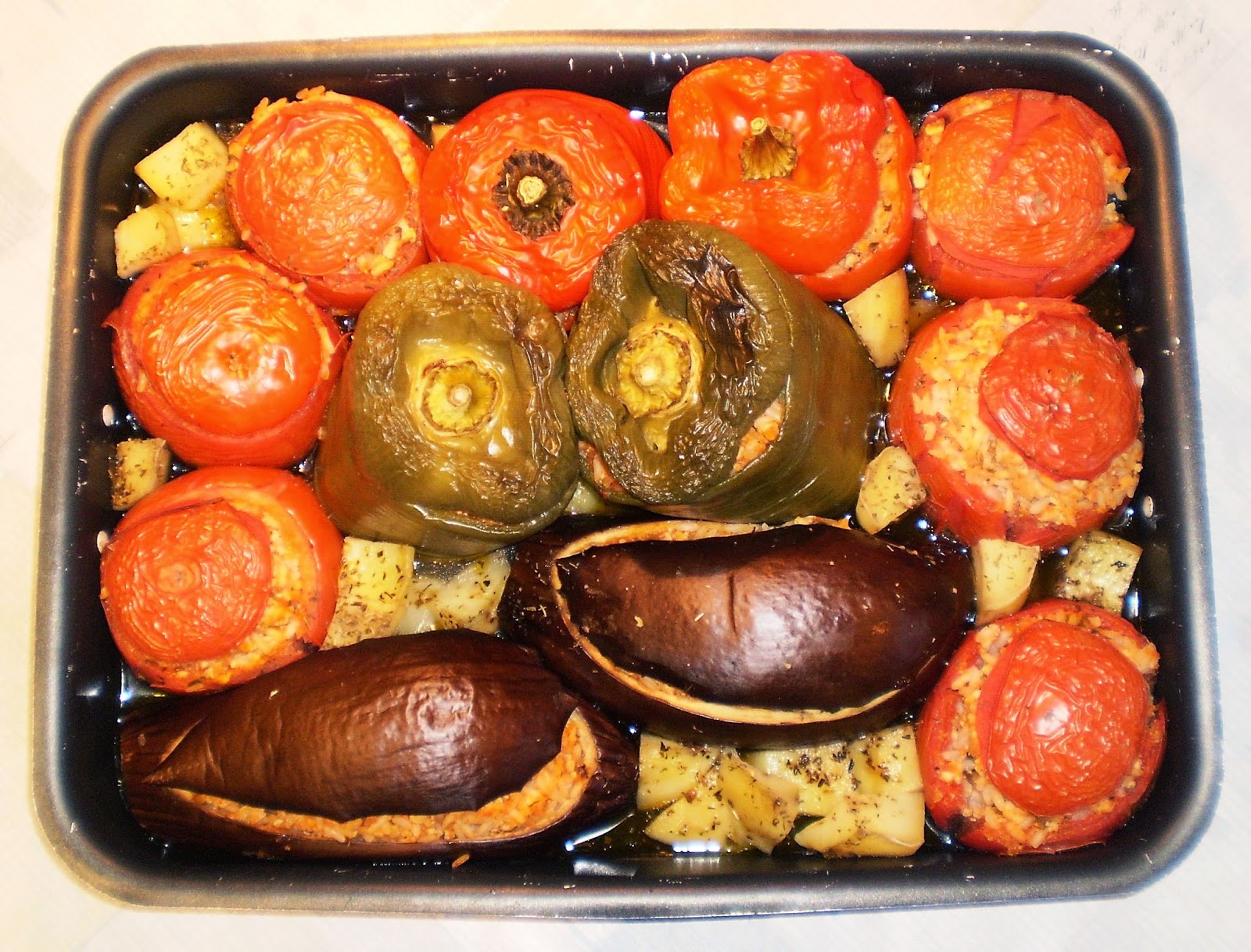 That's it for today! Stay tuned for more!
Posted by dramatic katastases at 10:46 PM