The Razing of High Water

The other day, we planned to gather with three friends of mine and play a LotR battle. The scenario we chose was "The Razing of High Water" from Khazad Dum sourcebook. It is the scenario where a Dragon, some goblins and some wargs descend upon a helpless human settlement whose villagers are desperately awaiting help from their close Dwarven allies. Of course, we changed it a little bit! 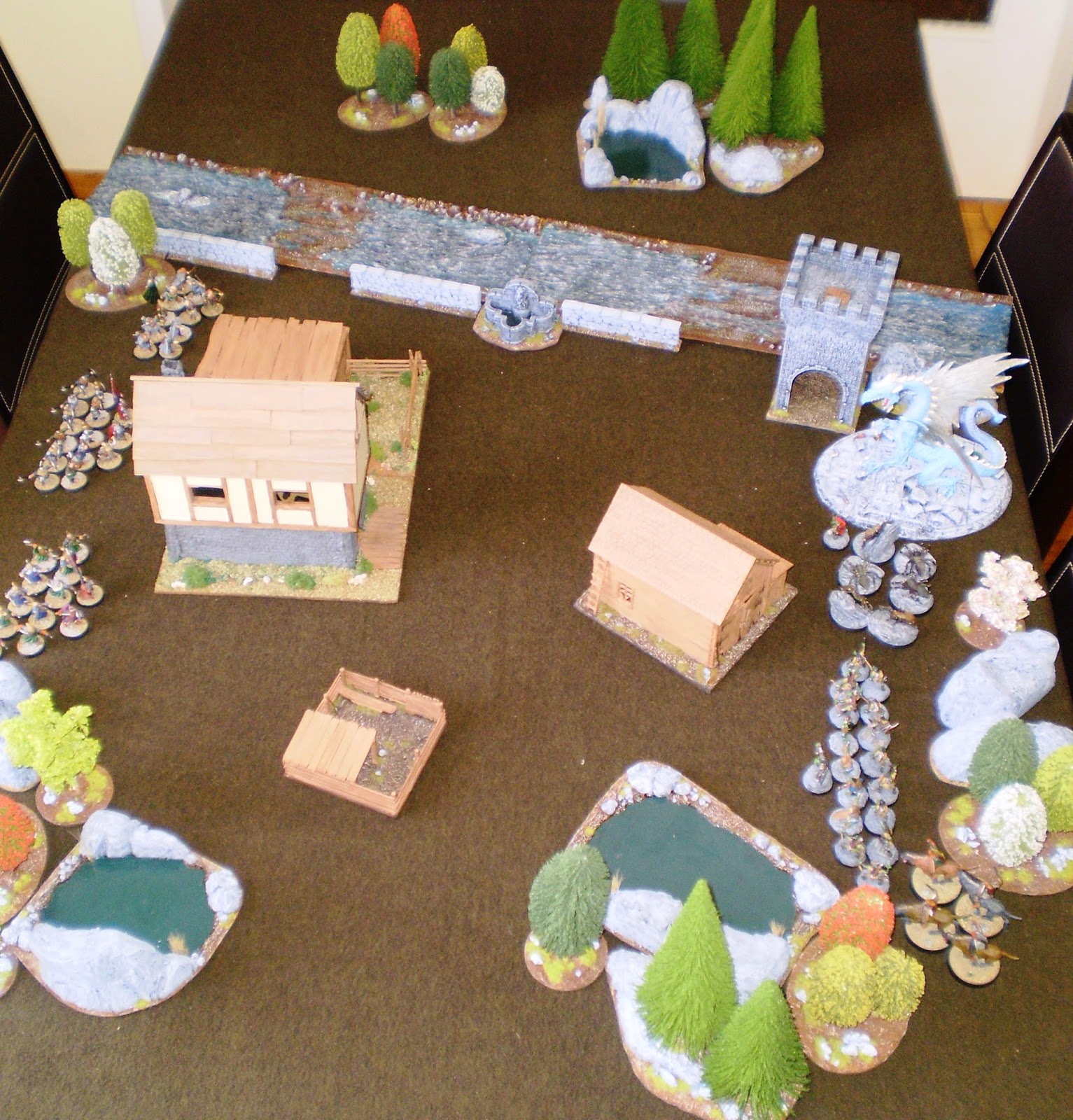 The battlefield north to south

We deployed three heroes at each side. For evil heroes we chose a Dragon, Durburz and Ashrak. The evil warriors were twelve goblins, four prowlers, four warg marauders and six venom spiders. At this point, due to the lack of the original models of marauders, we had to make the assumption that four warg riders were Marauders. Total number of points: 825.
The good heroes were Durin, Murin and Drar. The good warriors were ten Iron guards, eight dwarf rangers, twelve dwarf warriors, three dwarf banner-bearers and a dwarf horn-blower. Total number of points: 823. 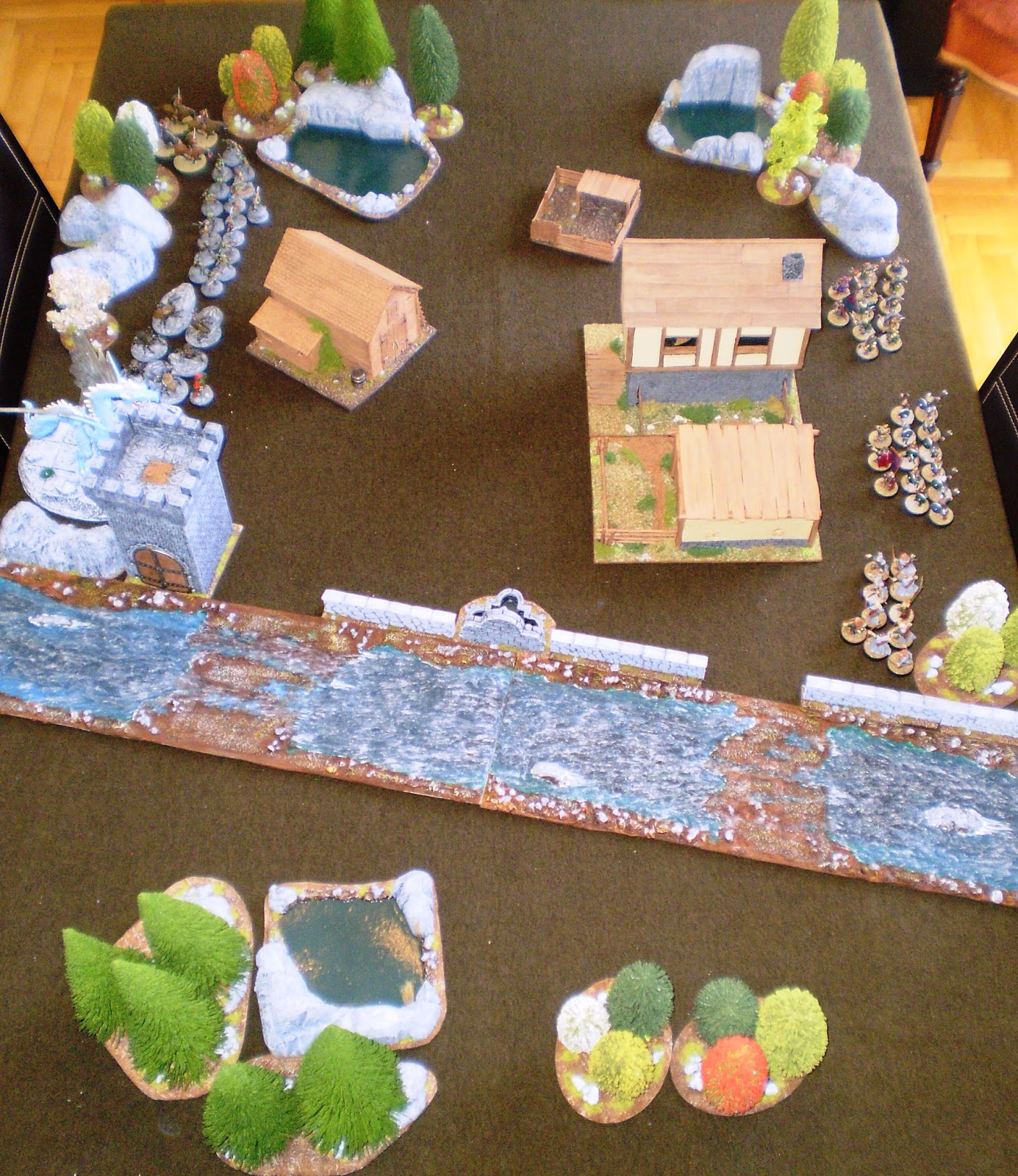 The battlefield south to north

We set five objectives, the village fountain, a house, a stable, a cote and a barn. We played in pairs, two against two. At the end of the game, the players who had under their control three of the objectives were the winners. 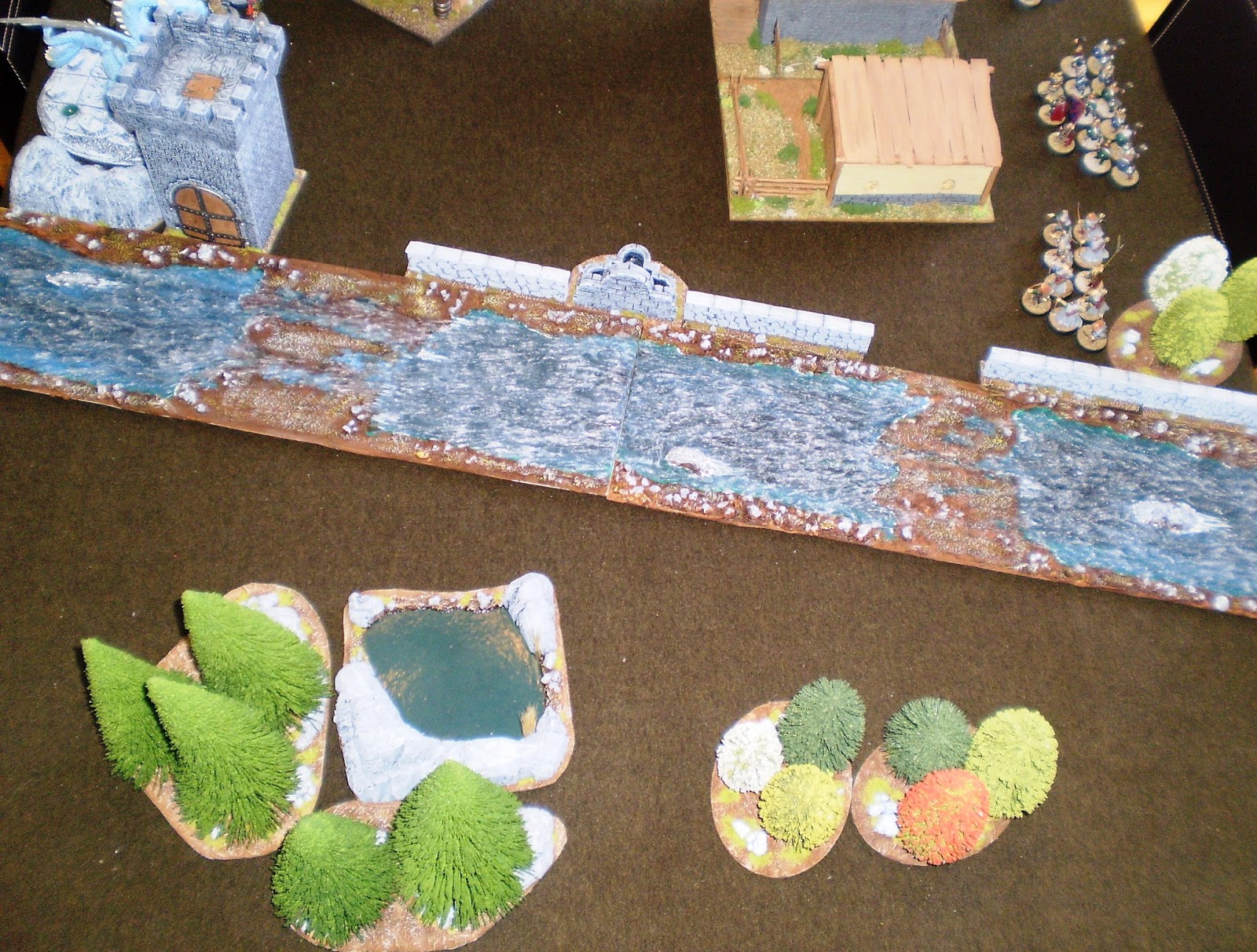 The fountain, the first objective next to the river 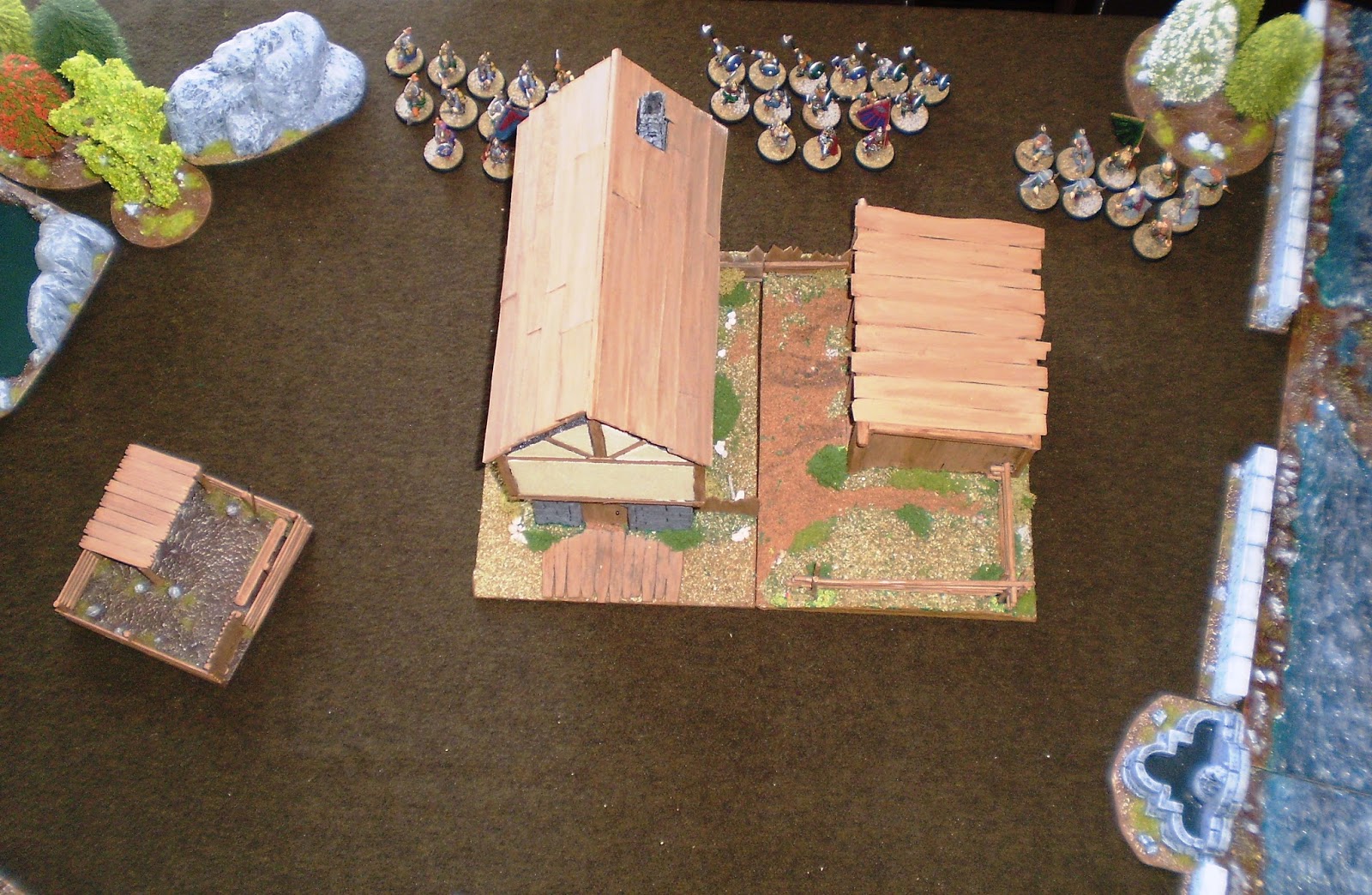 From left to right, the four objectives: the cote, the house, the stable and the fountain. 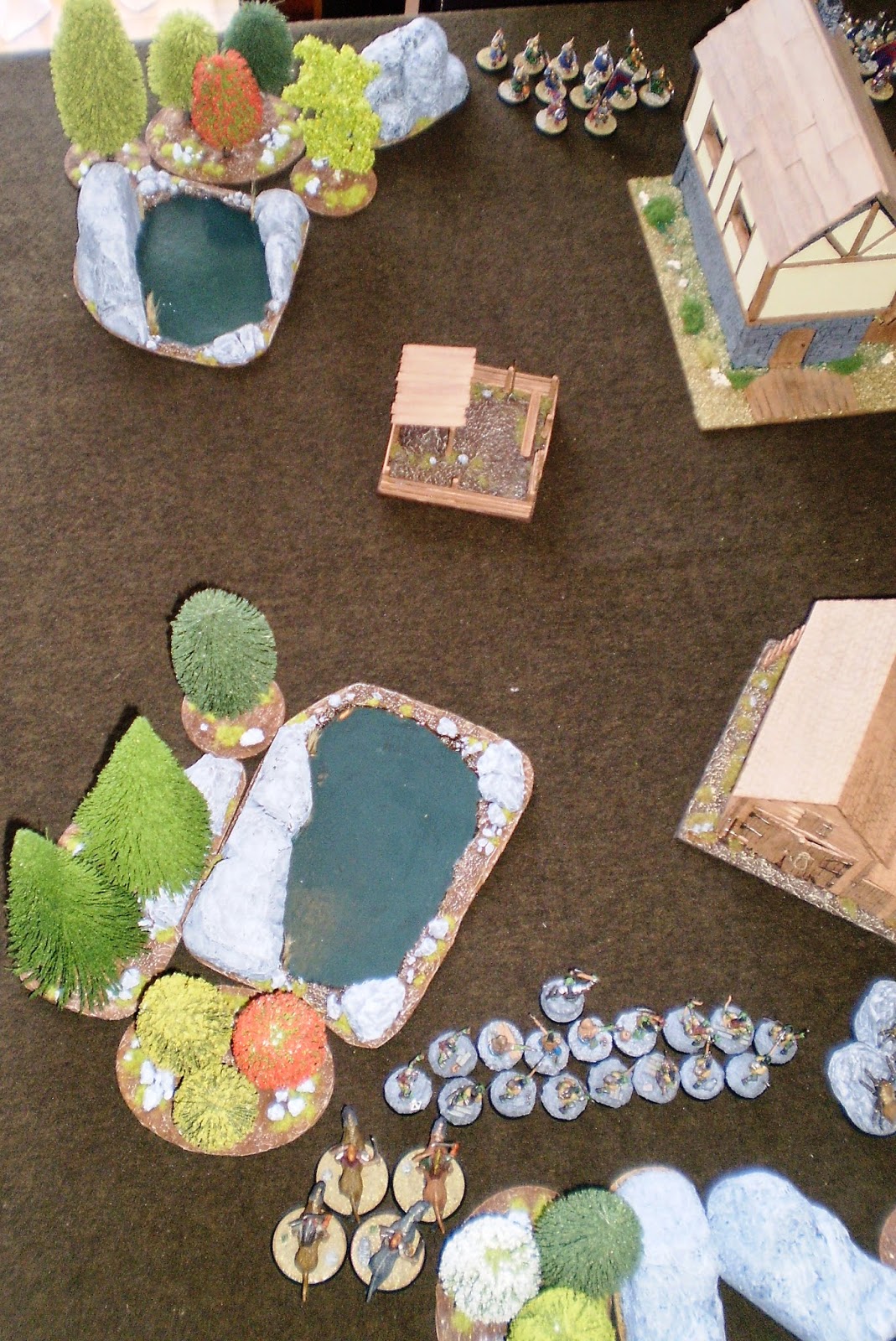 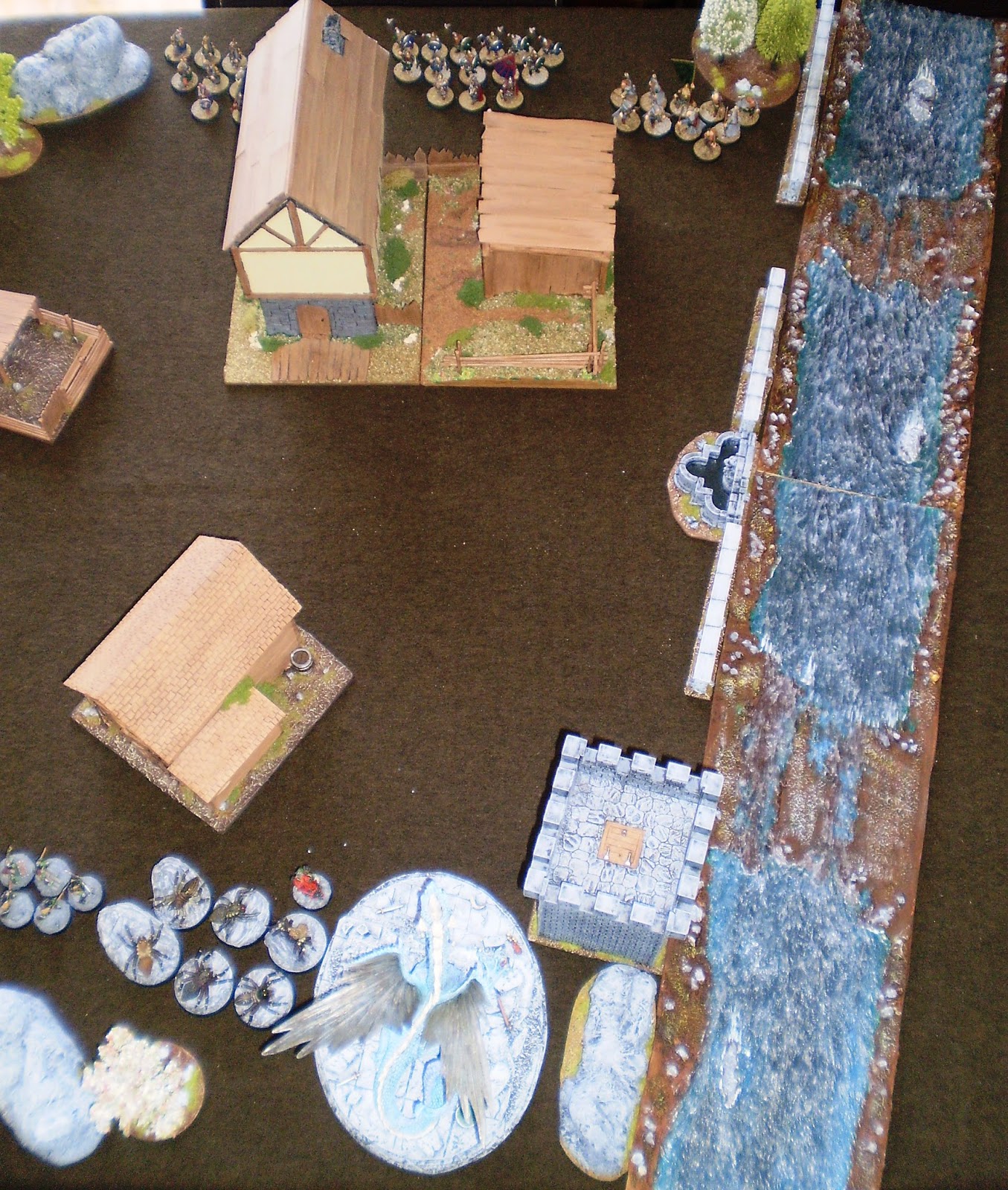 and the barn on the front left 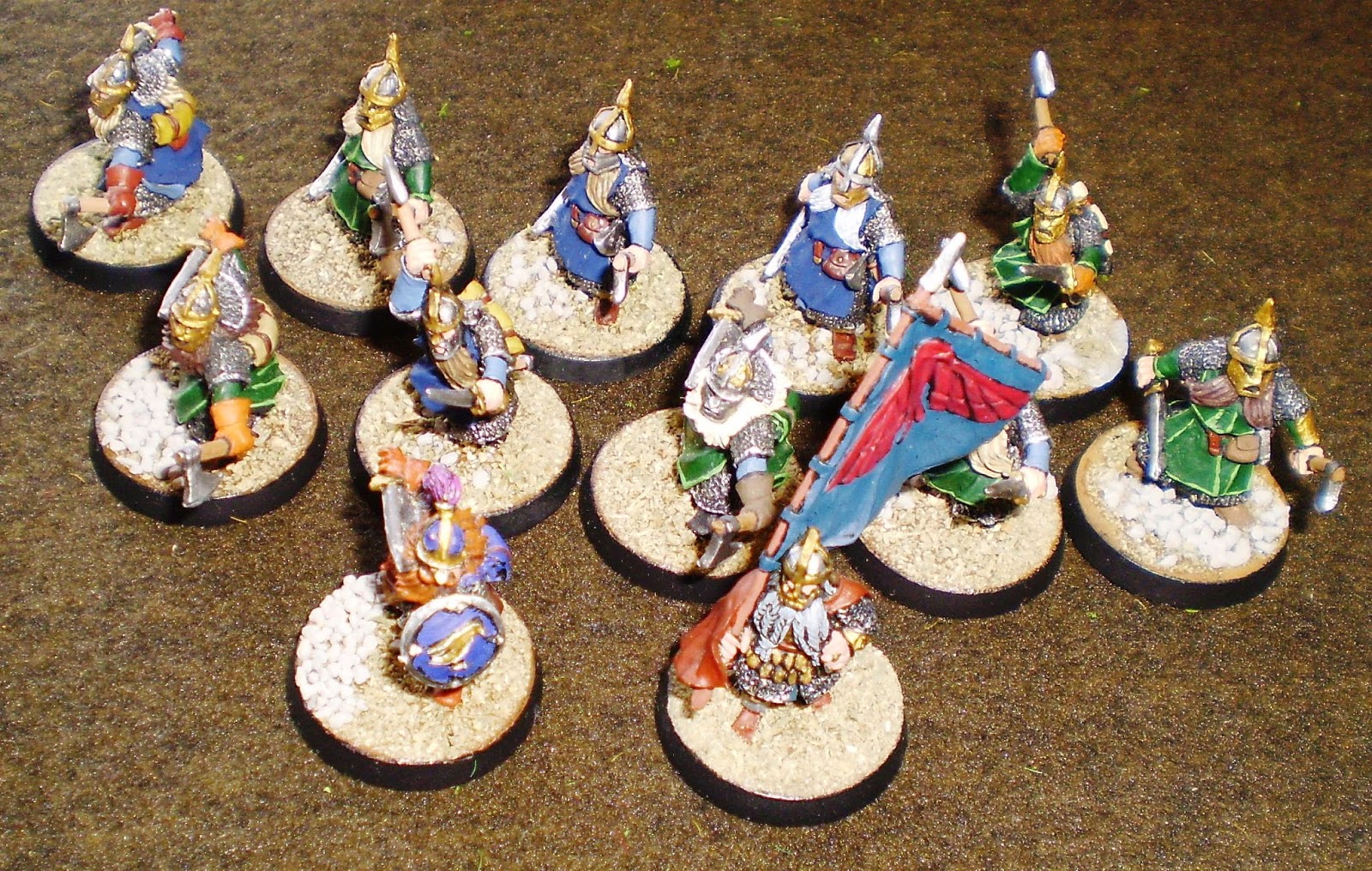 Murin, a banner-bearer and the Iron guards 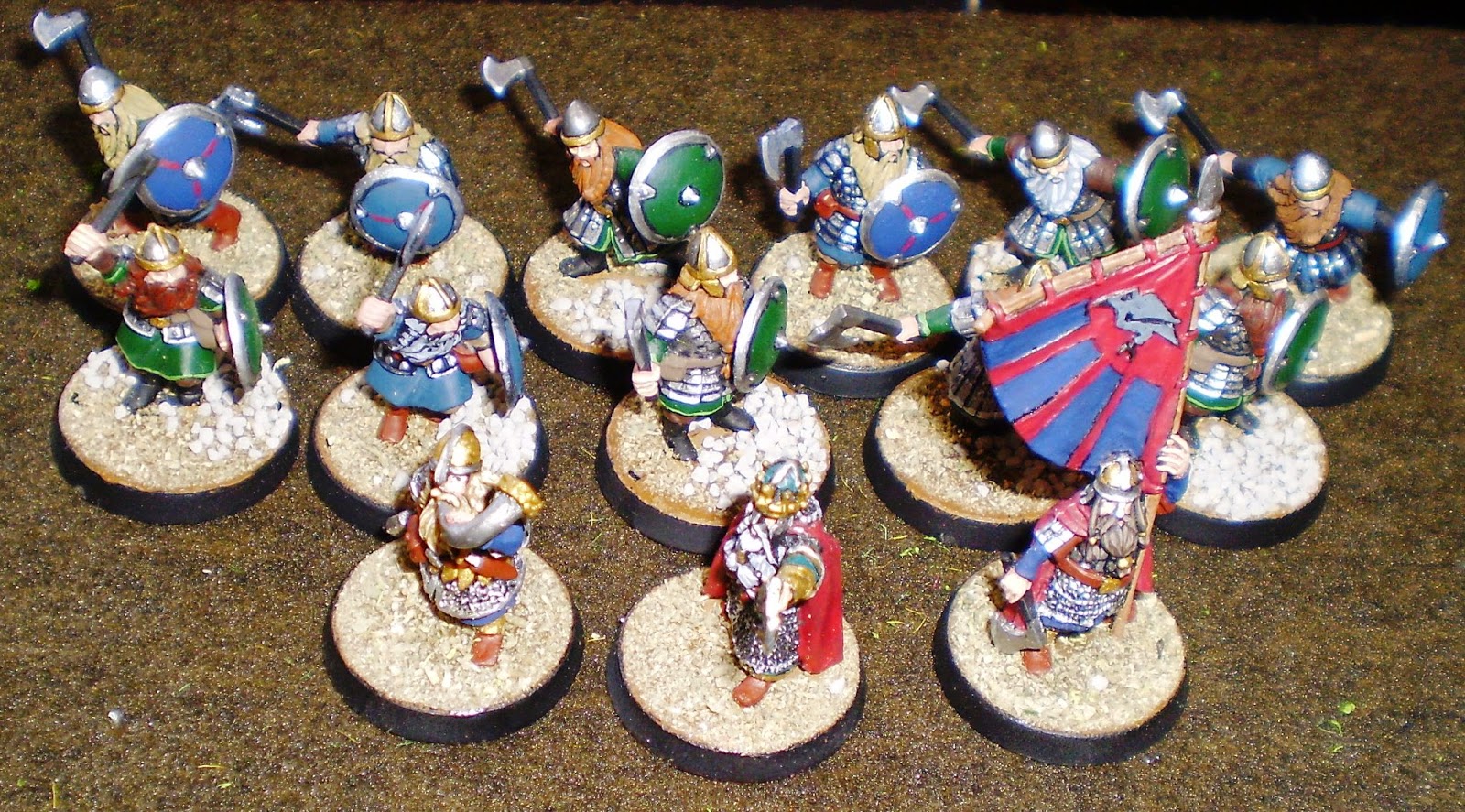 Durin, a banner-bearer, a horn-blower and the dwarf warriors 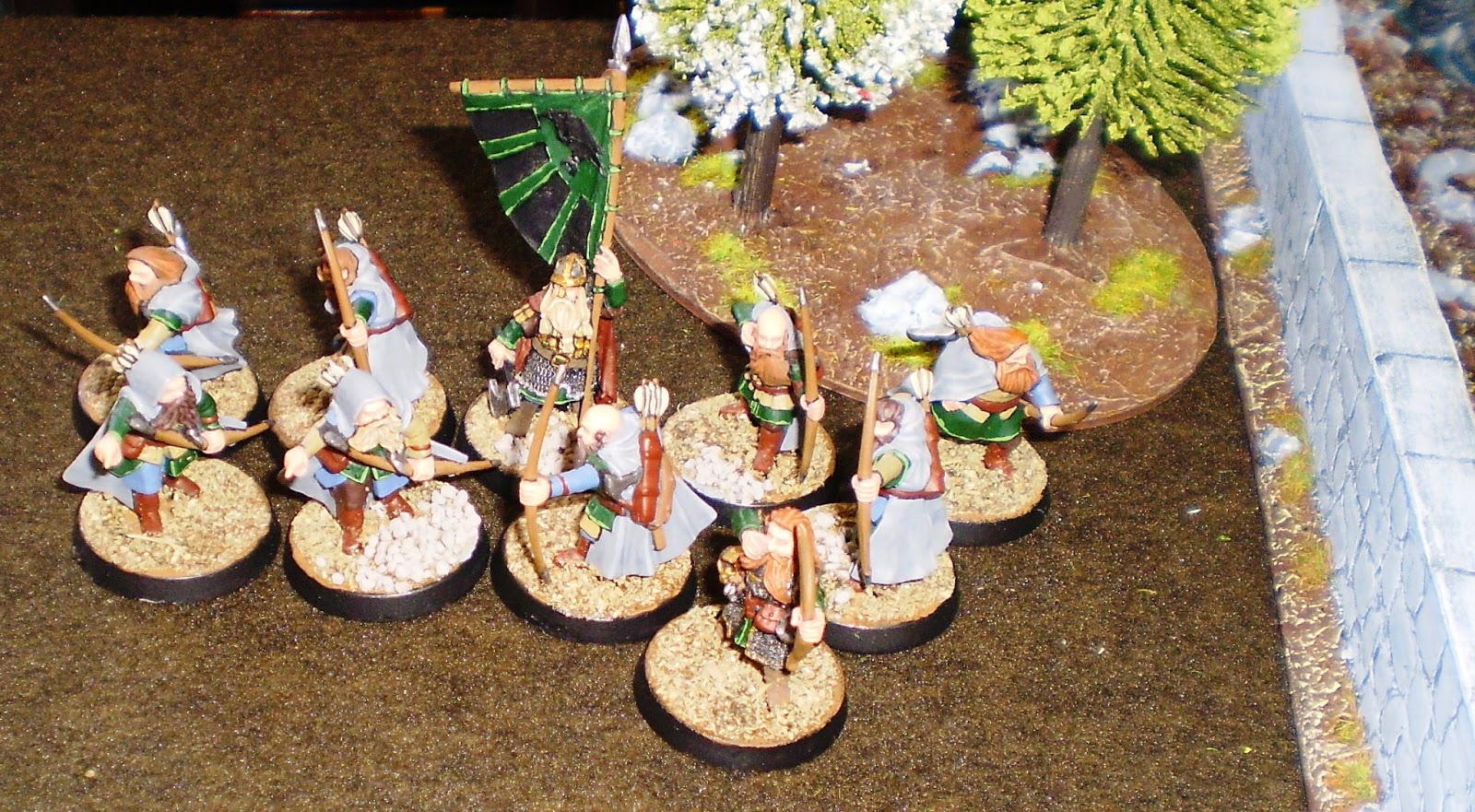 Drar, the third banner-bearer and the dwarf rangers 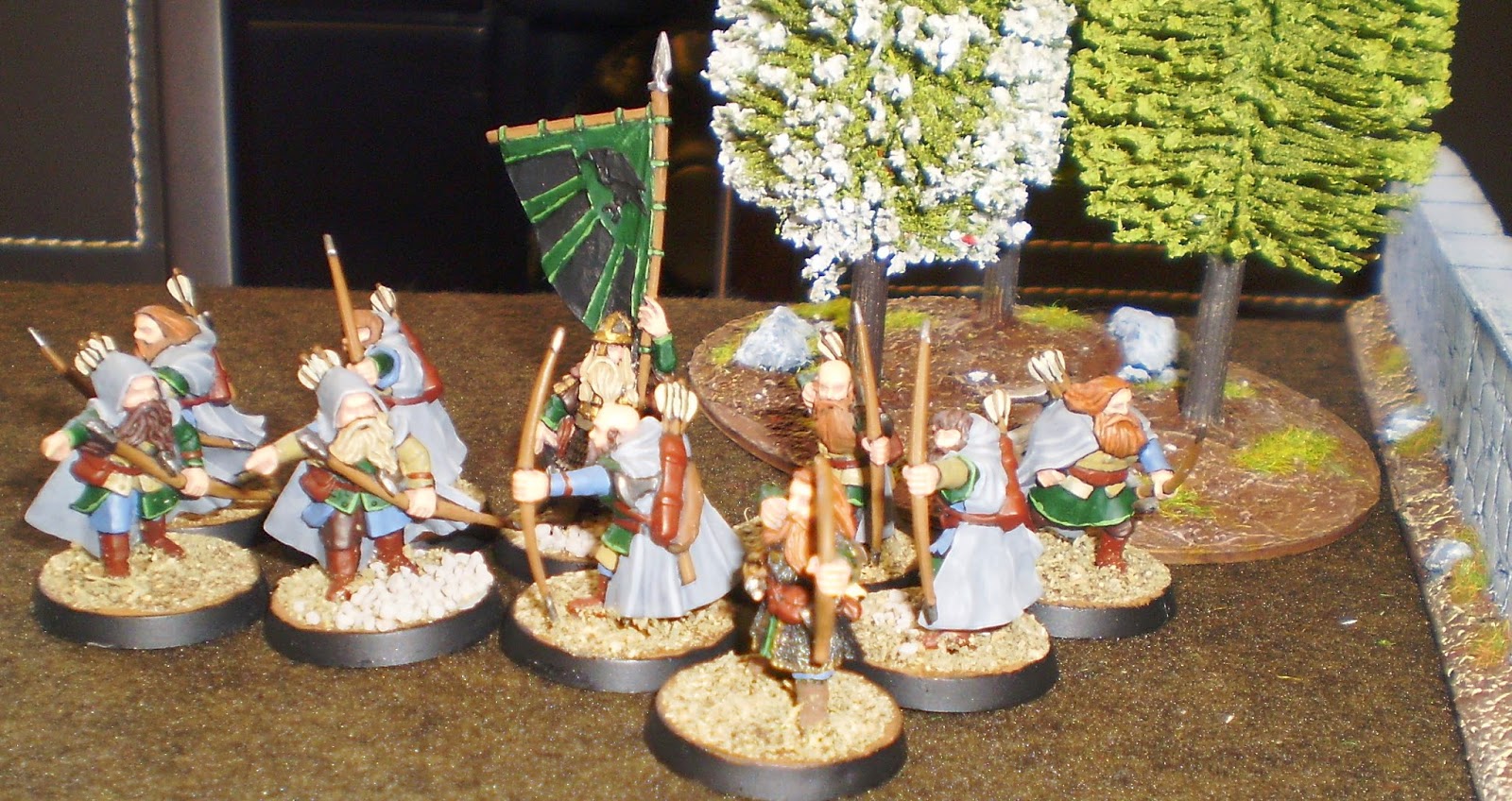 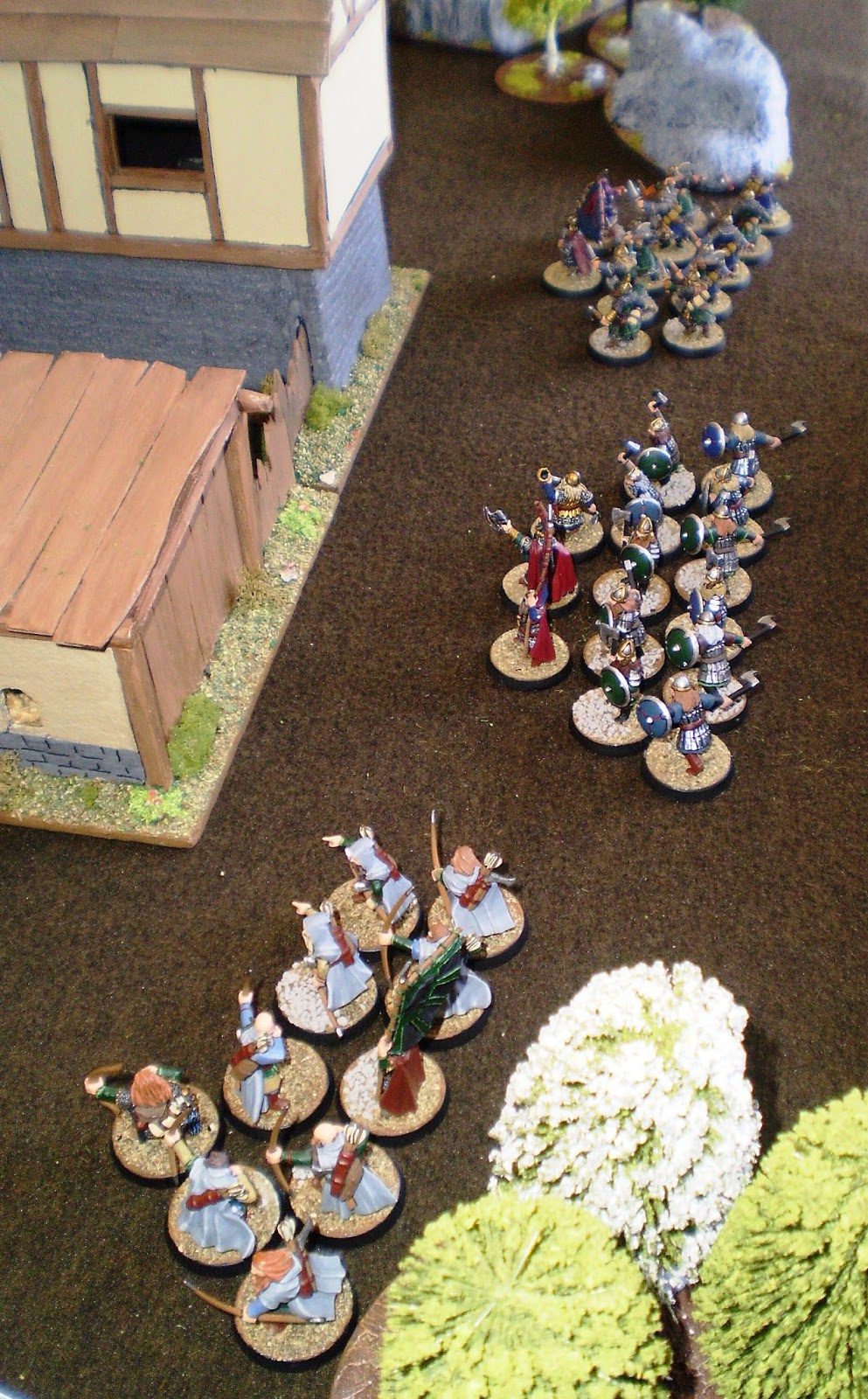 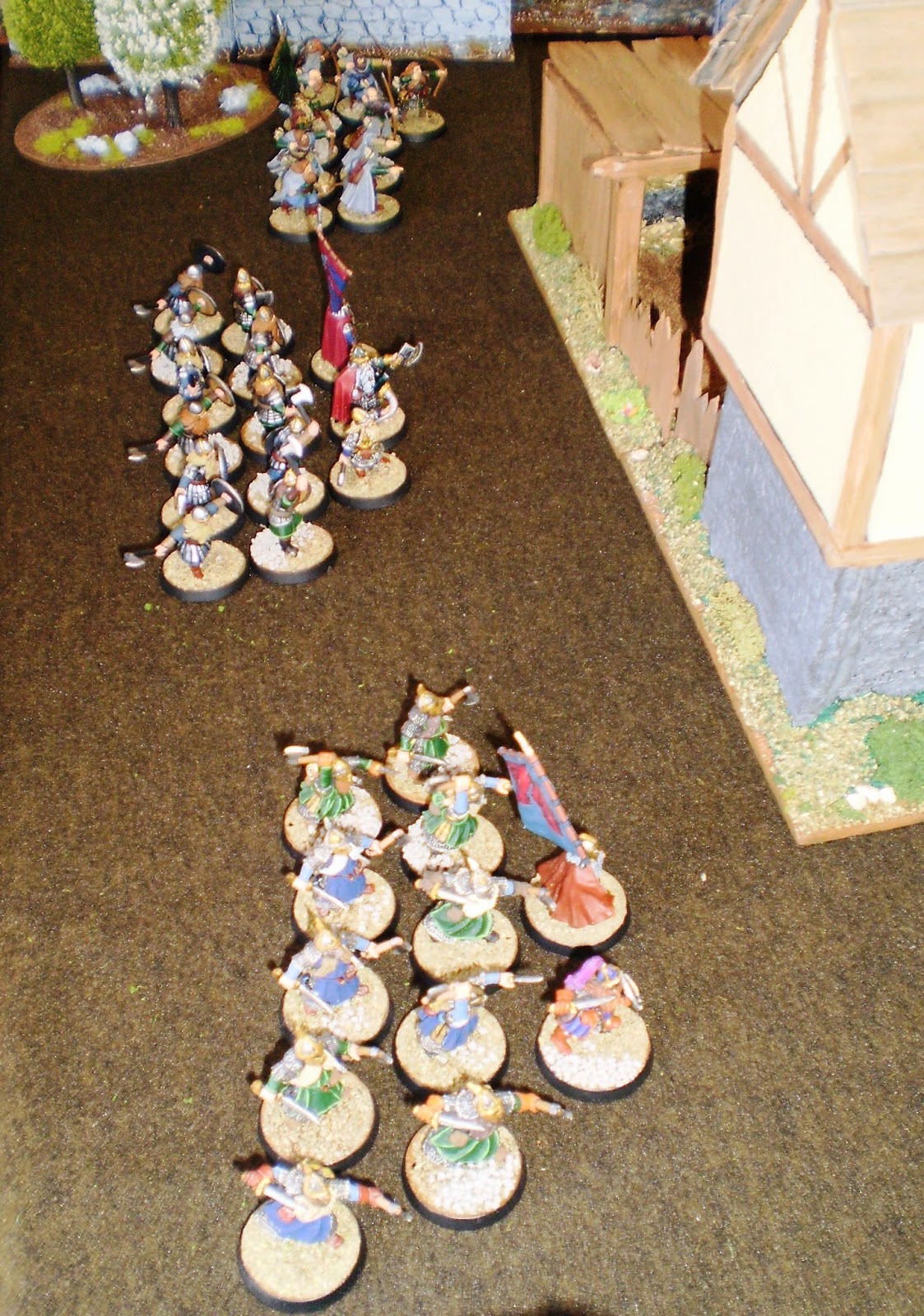 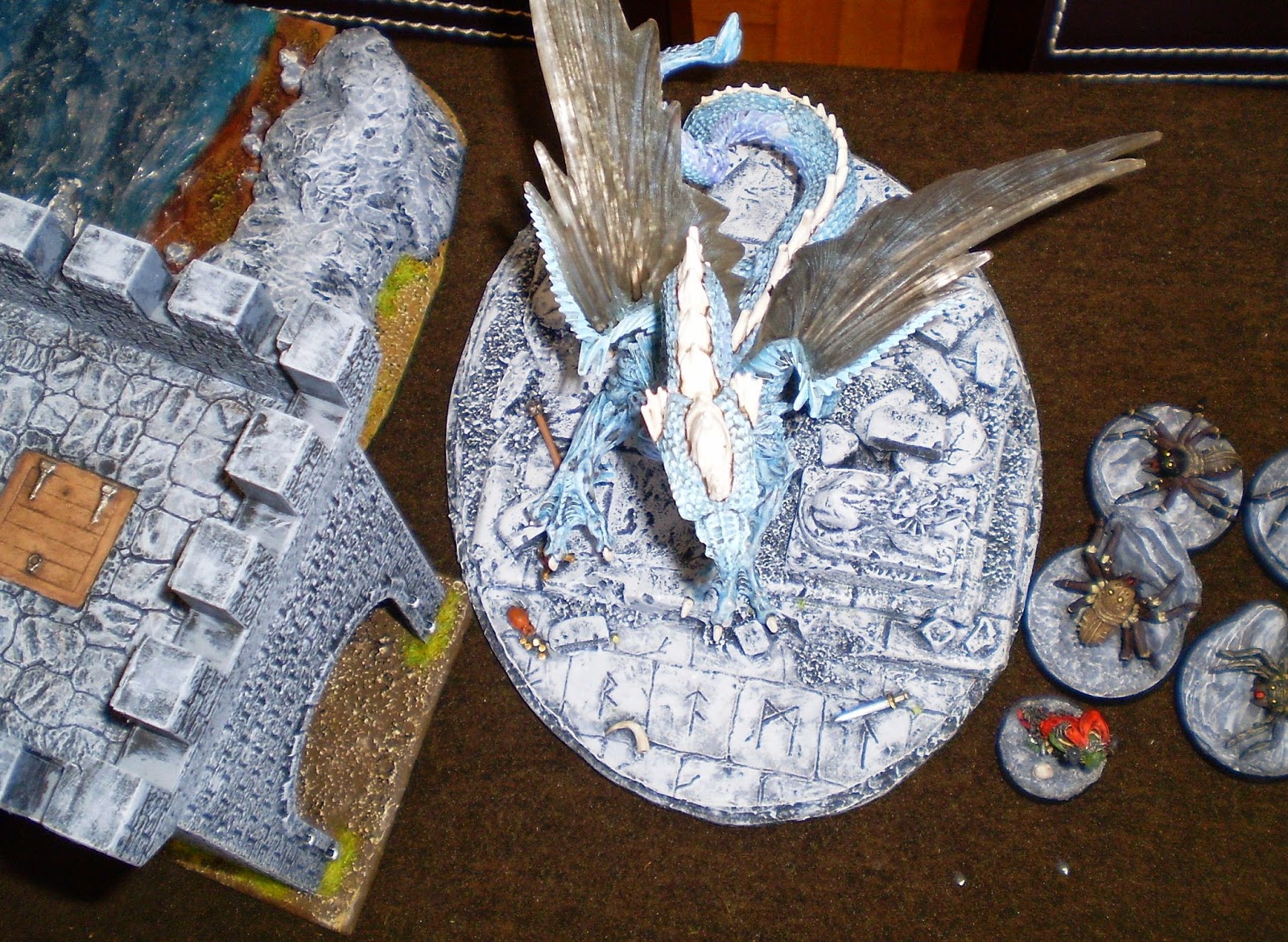 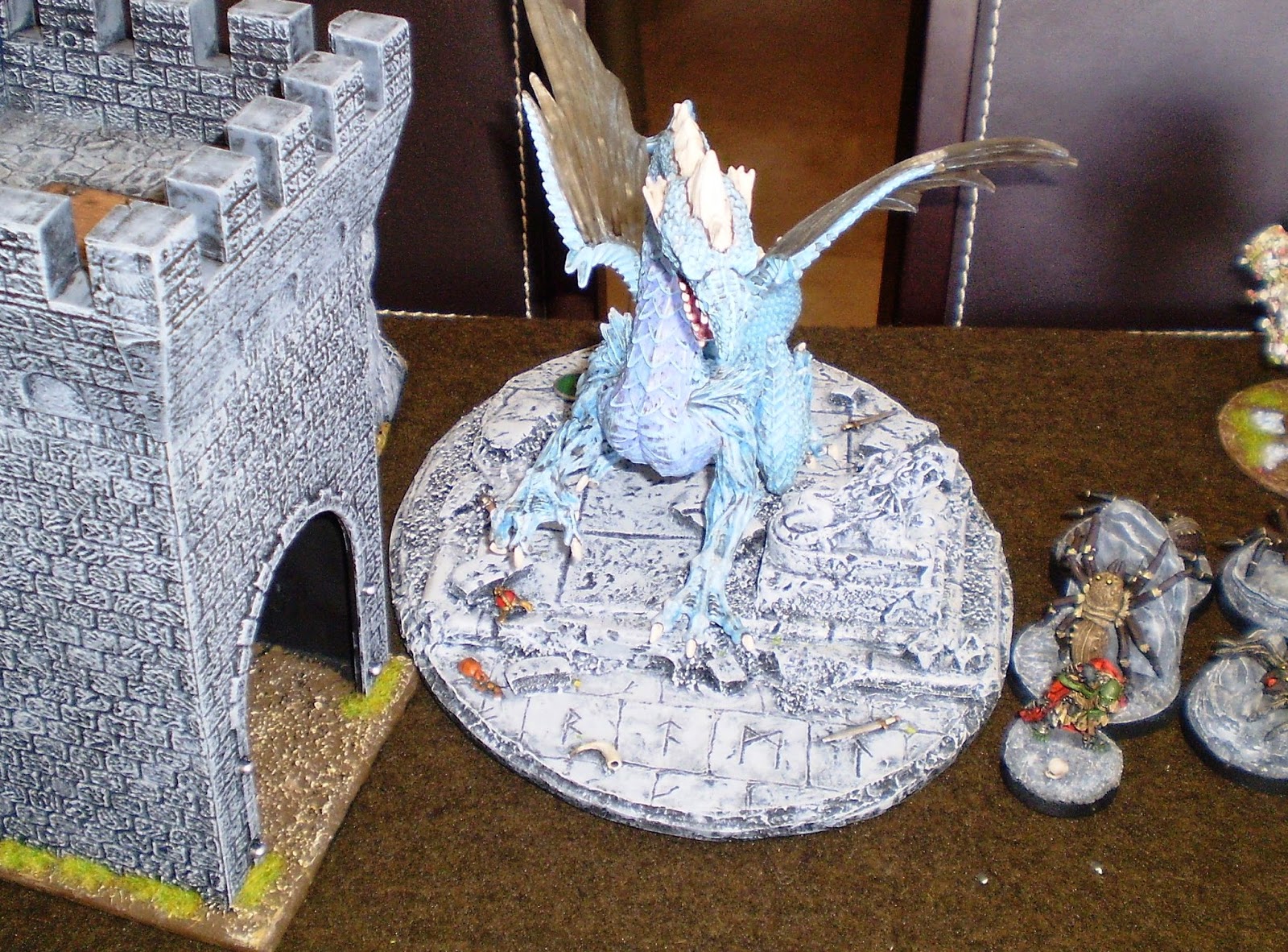 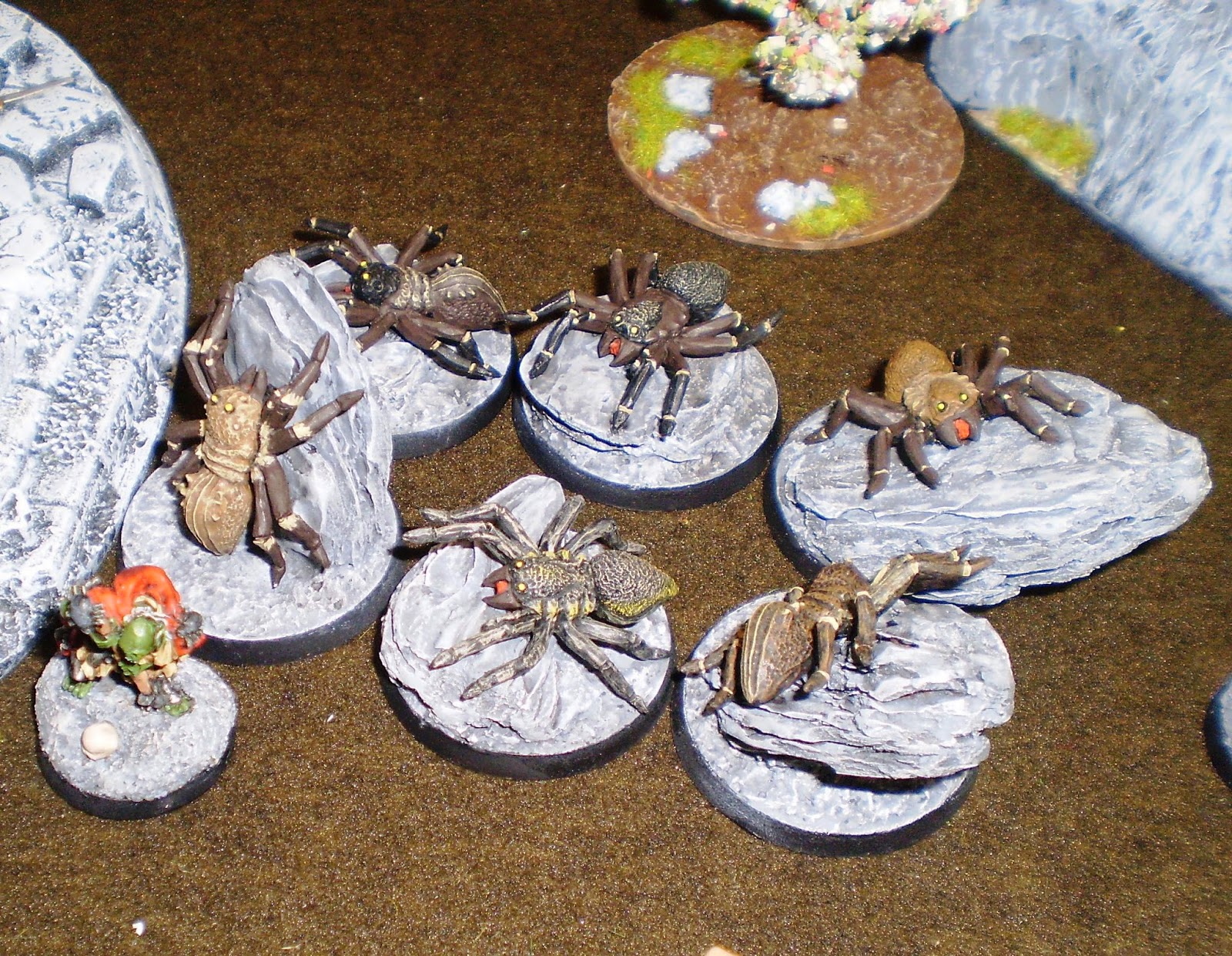 Ashrak and his venom spiders 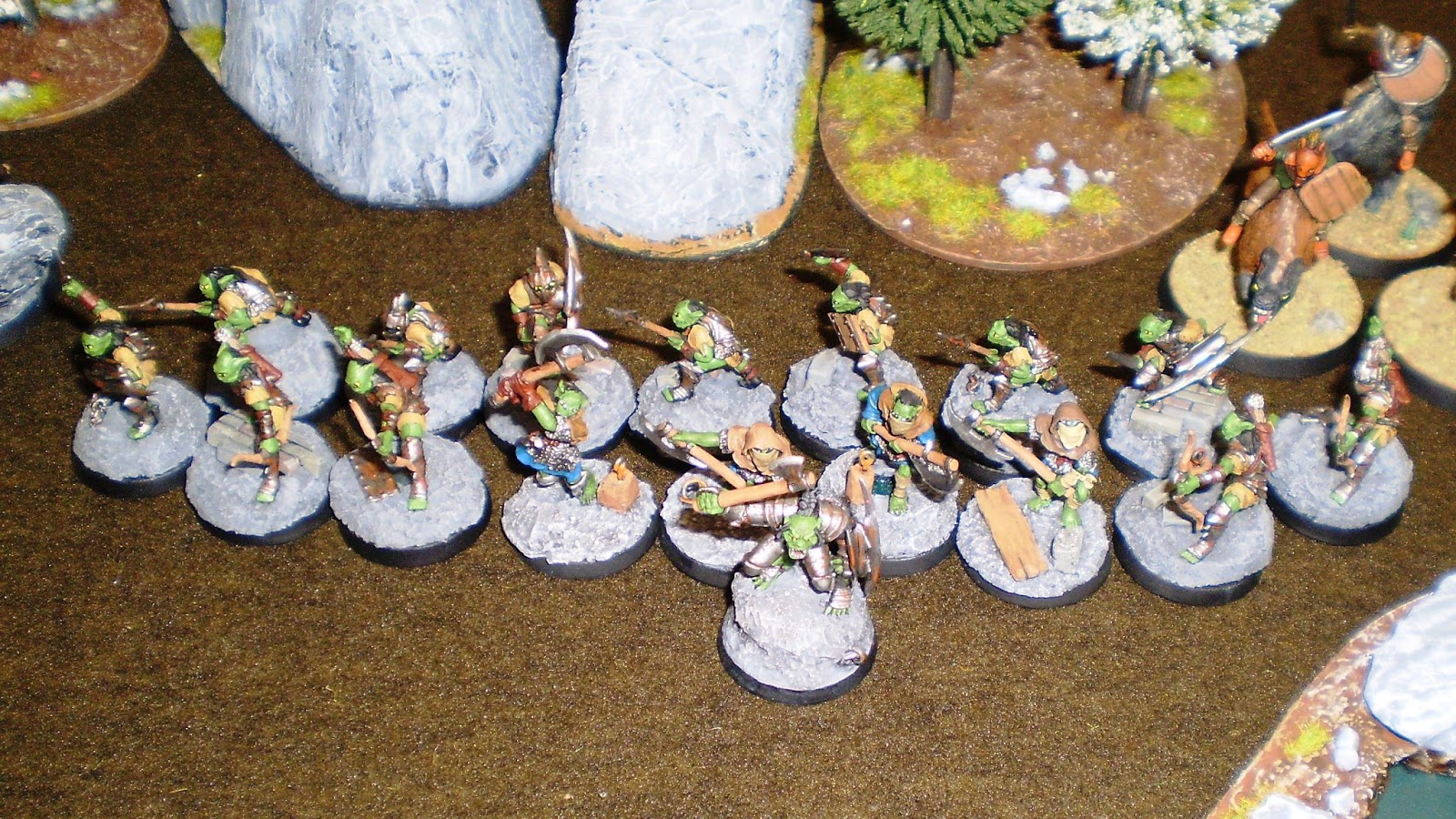 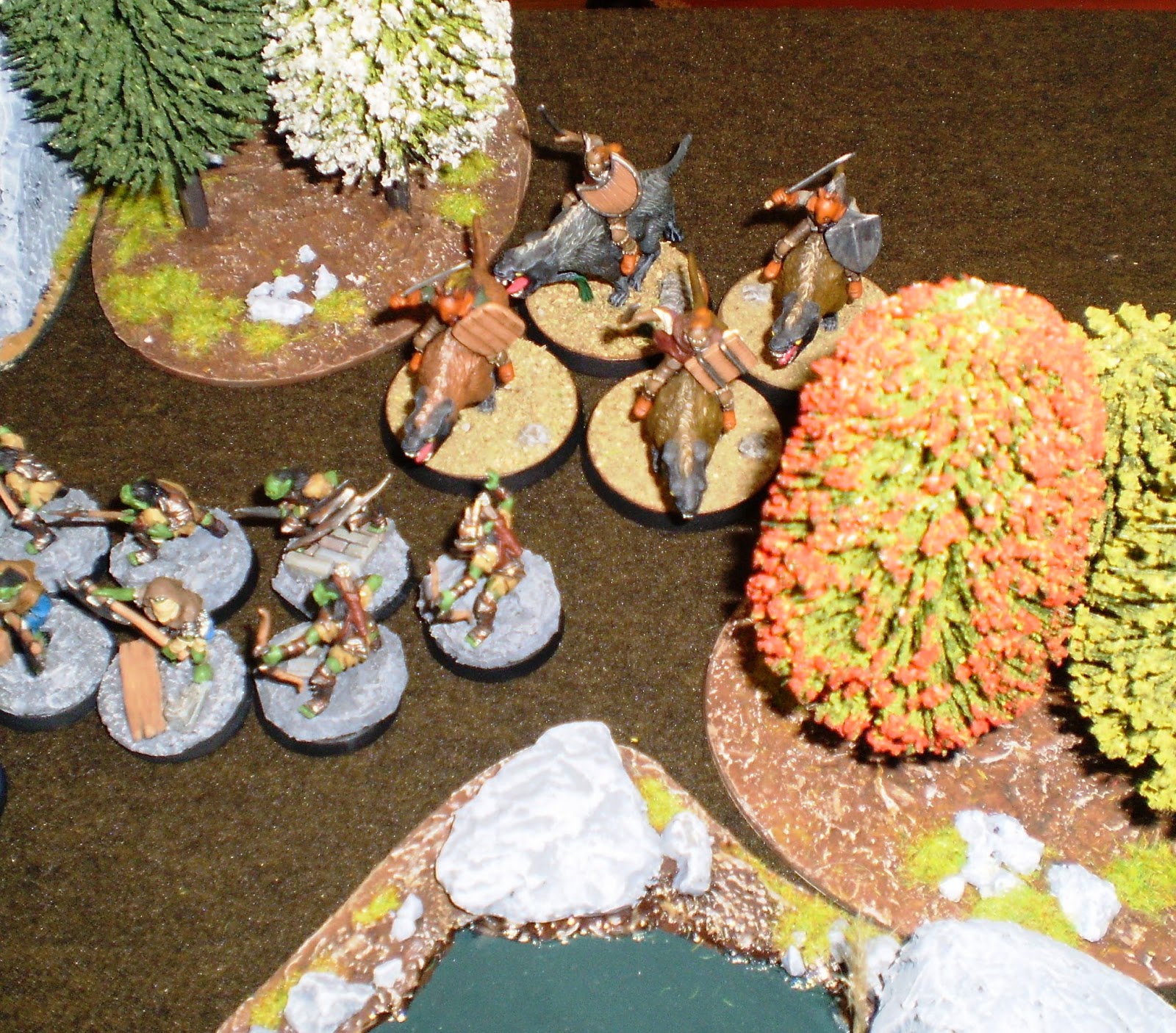 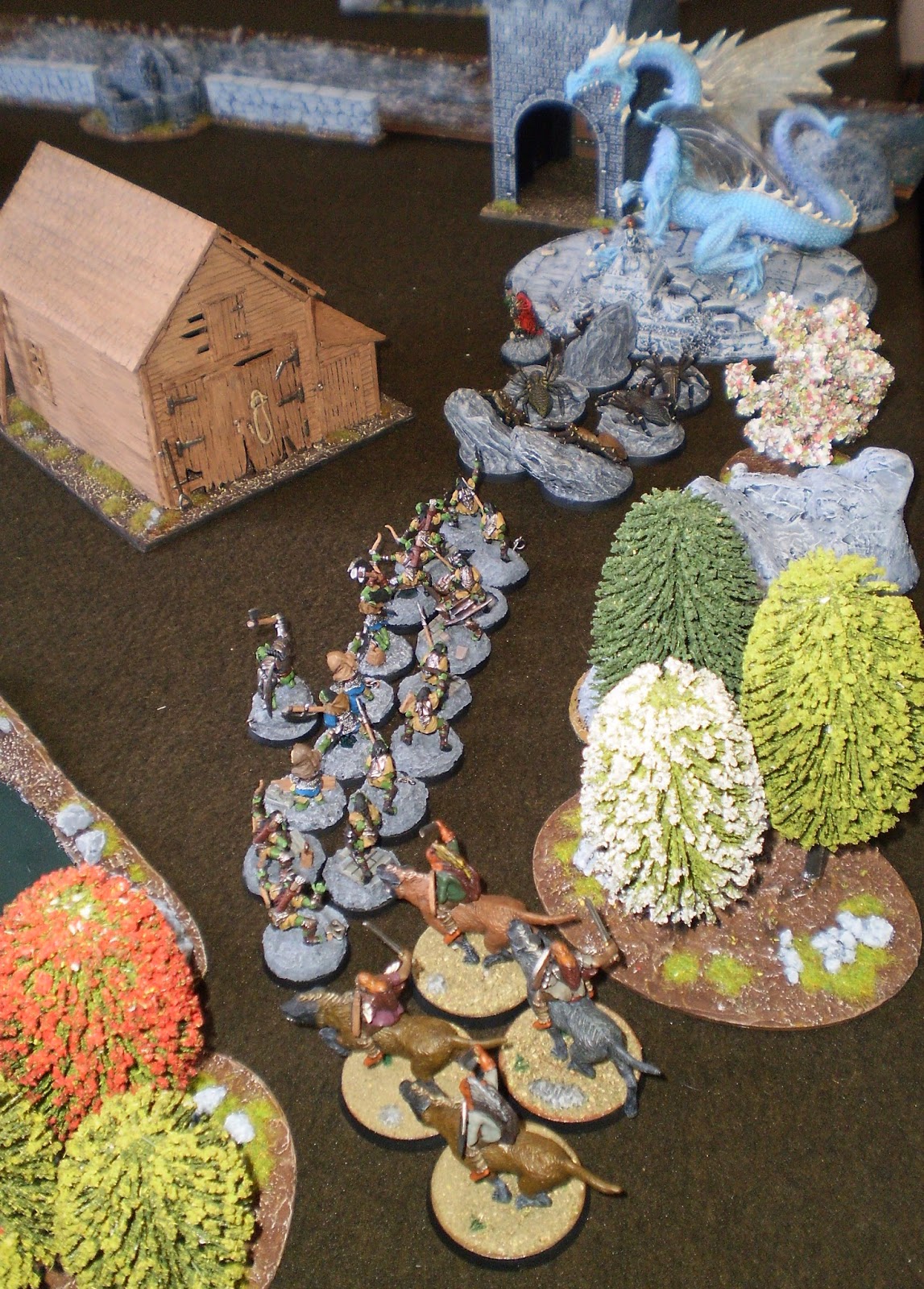 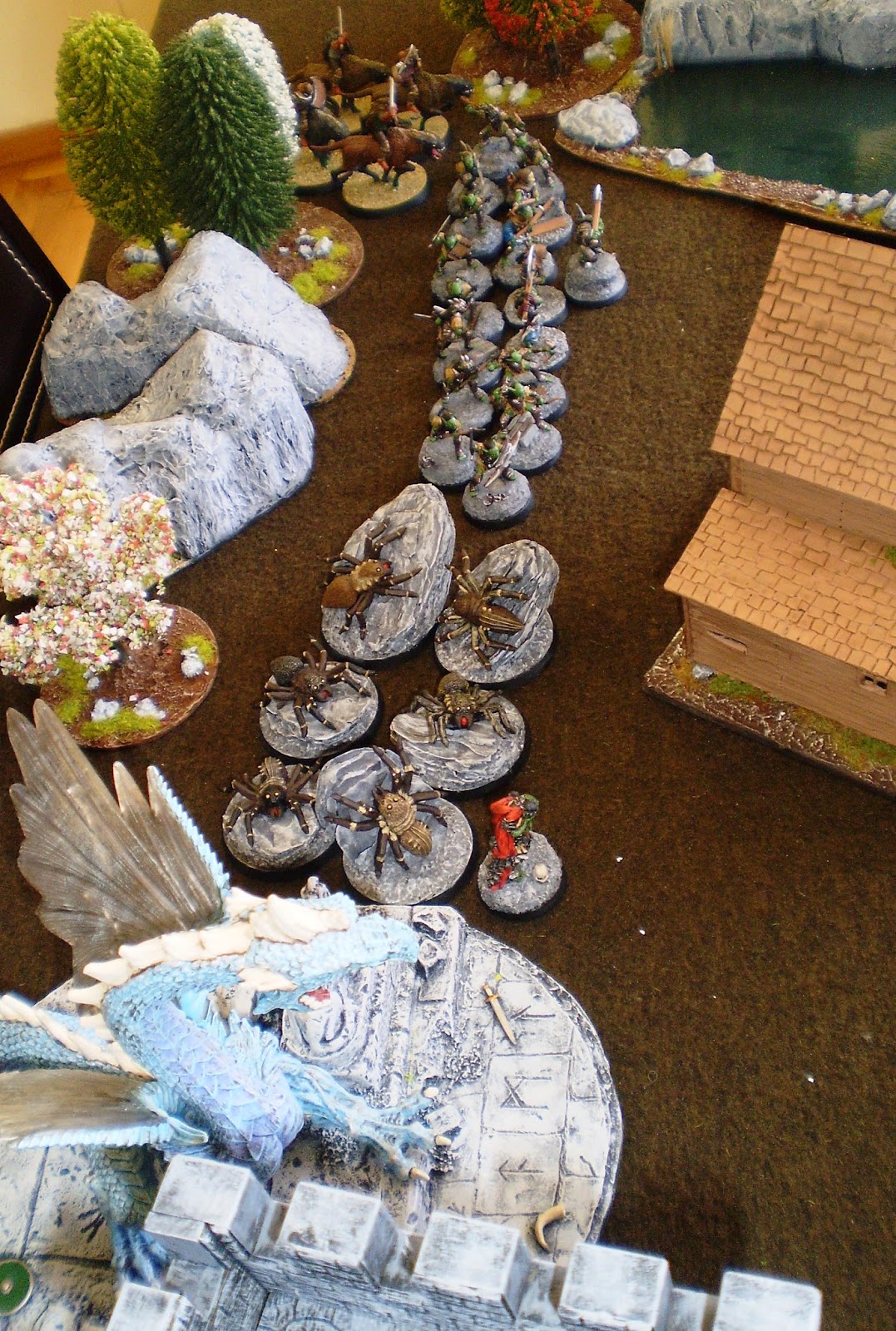 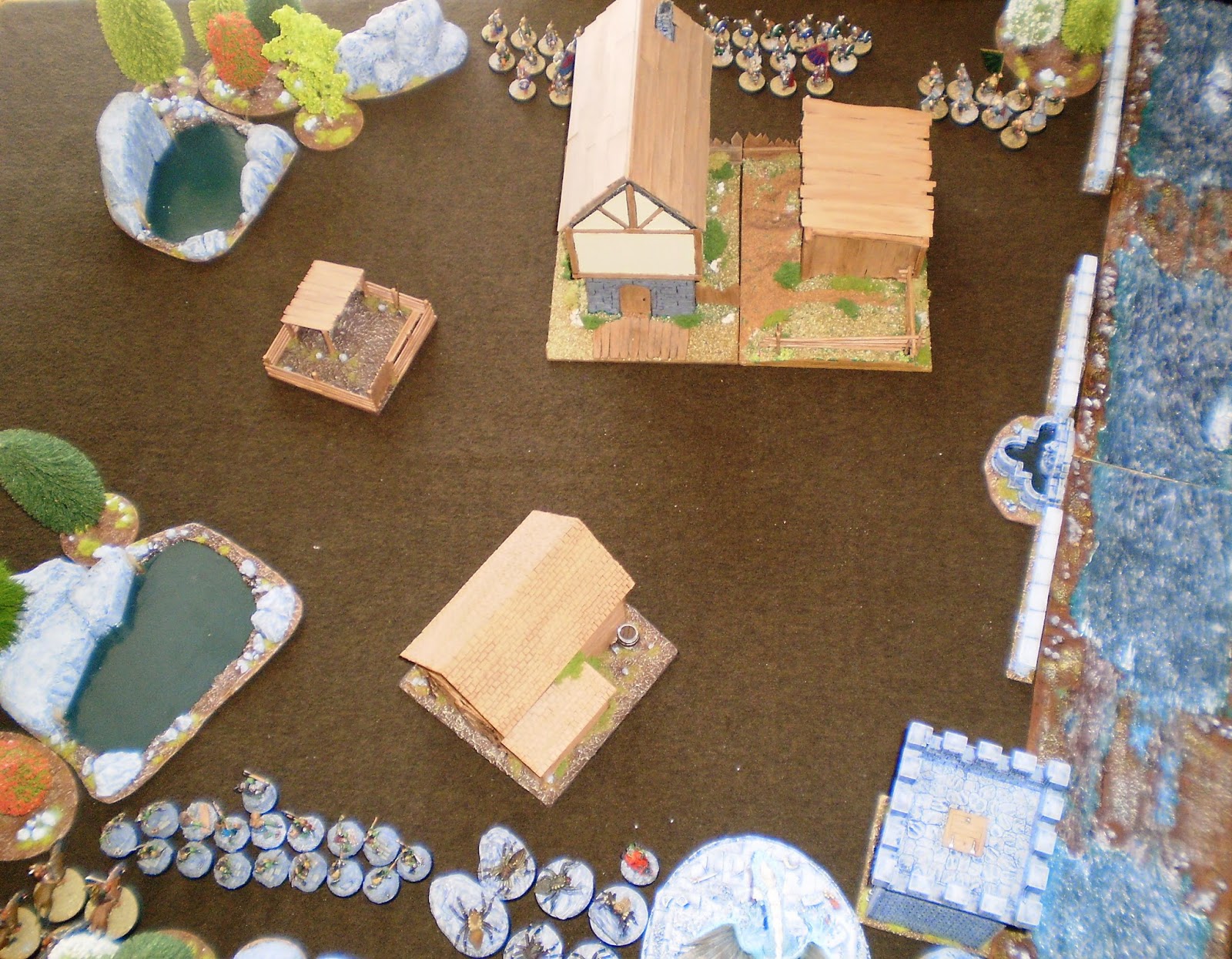 the two armies facing each other

Unfortunately, I don't have the outcome of this battle because we never fought it. The flu hold two of the "fighters" in their beds! I keep the two army lists though, till the next time!
That's it for today! Stay tuned for more!
Posted by dramatic katastases at 3:23 PM