Ironhelm is the Dwarf Iron Guard Captain according to the "War of the Ring" rulebook but GW never released such miniature. Once the WotR system is abandoned in our days, I don't think the miniature will ever be released in the future. Besides, there isn't any need for this since the Iron Guard Hero doesn't exist in LotR SBG rulebook.
The other day a friend of mine gave me a Chaos Dwarf. He knows that I have a Dwarf Army and he thought it would be nice to add the miniature to my collection. And I did so, but not before I converted it to an Ironhelm Captain! First step was to remove all the skulls from the miniature and there were too many of them! After that I had to change the shape of his hat to remind the Iron Guard helmet. Finally, I cut the horns, the pointed ears and the long canine teeth and gave him a moustache and a closed helmet by using green stuff. The whole idea was to modify its warhammerish look and I want to believe that I succeeded! I painted him with green and blue colours to match with both Iron Guards and Iron Guards Ancients. Below you can see the result:

The Ironhelm leads his Iron Guards 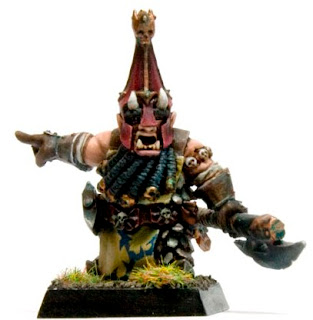 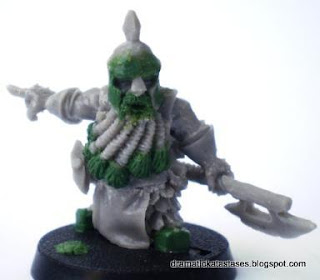 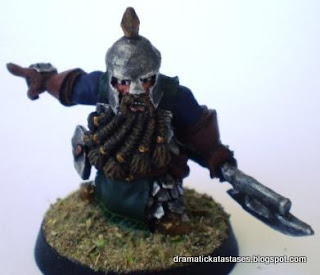 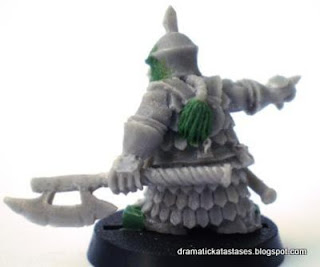 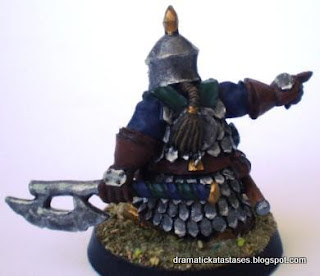 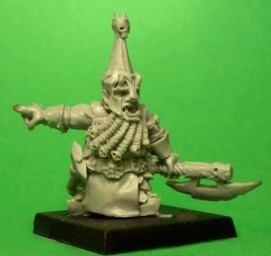 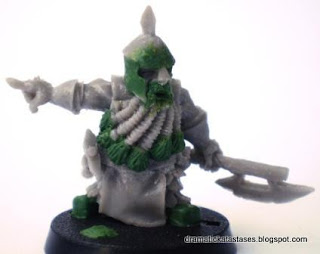 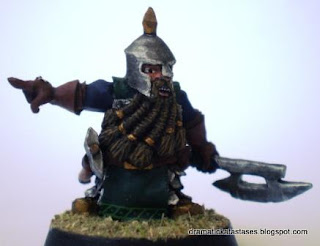 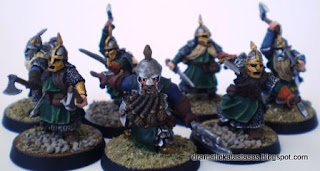 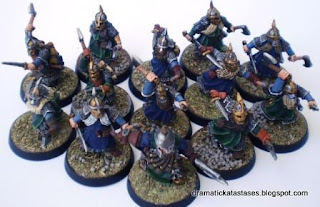 During games I will use the Dwarf King's profile and at an additional points cost Ironhelm will carry the deadly Durin's Axe! He is a killing machine for sure!
That's it for today! Stay tuned for more!

Posted by dramatic katastases at 7:12 PM