Another warband of Orc warriors is ready for action. The leader of this group is the Widowmaker, conversion of a non-GW miniature. Most of the warriors are conversions as well. The  warband consists of a taskmaster, a drummer, a shaman, a banner-bearer and some swordsmen and spearmen. Among the warriors, there are some old Ral Partha miniatures. Below you can see them and first of all, the Widowmaker. I have already explained how I converted him here. 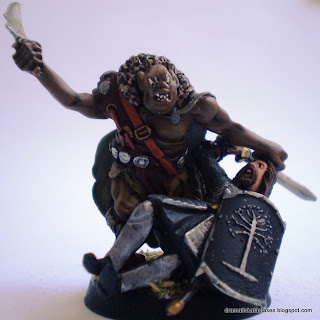 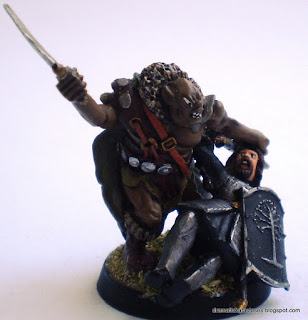 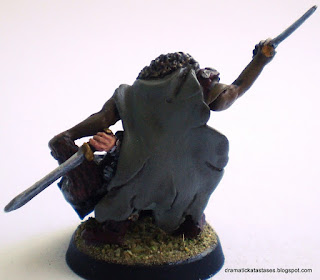 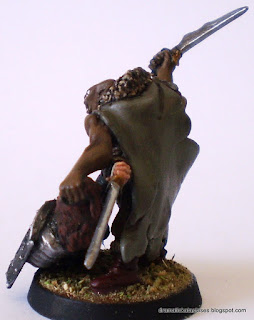 The Widowmaker grabs the poor Warrior of Minas Tirith by his hair. Of course, the hair is made of greenstuff and the bare head belonged to a Corsair. It would be impossible to depict what I wanted with a head covered with Minas Tirith helmet. ﻿ 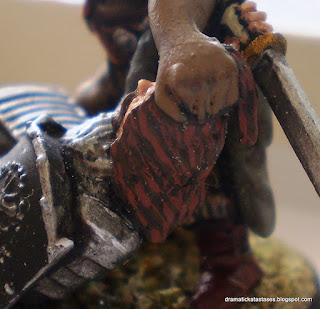 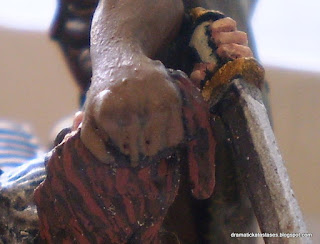 The banner-bearer and the sceleton are old Ral Partha miniatures. I found the idea to decorate the flagpole with a sceleton torso on a photo of a Wargames Illustrated issue. This photo shows the miniature of a German banner-bearer of the Teutoburg Forest battle in 9AD. The flag is the usual aluminium foil. 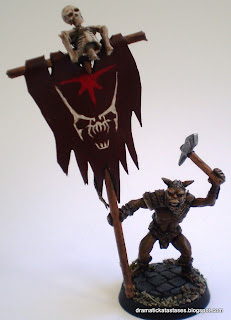 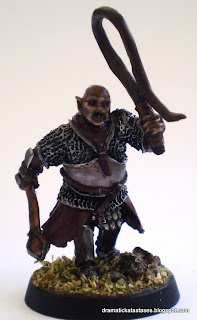 
The Shaman's body belonged to the third Werewolf, the one which now has a Warrior of Minas Tirith body. The Shaman's head is Lurtz's who is now an  Uruk-hai Shaman. The trophy head comes from the plastic Troll set and the staff is a Ral Partha ancient Egyptian banner. 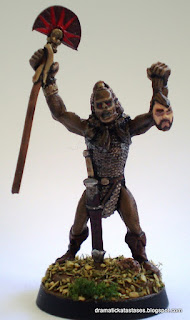 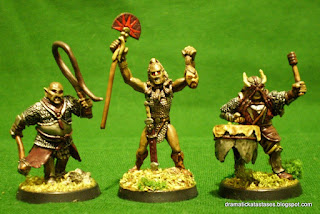 All of the following miniatures are conversions, except for the middle one of the first photo, which is another Ral Partha miniature.  ﻿ 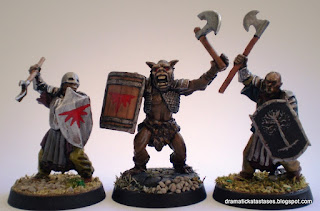 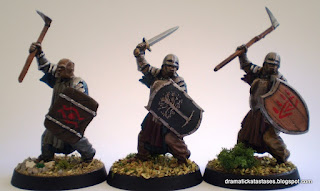 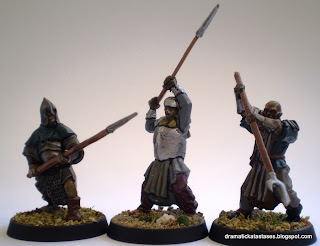 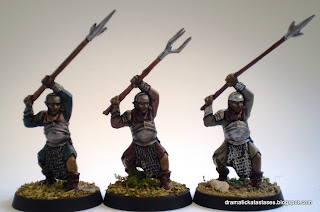 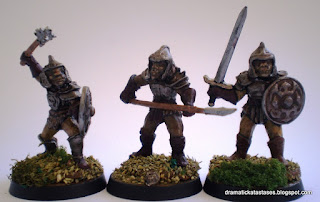 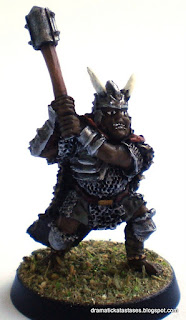 ﻿   That's it for today. Stay tuned for more!
Posted by dramatic katastases at 8:43 PM