Two of the three chariots are ready. Below I try to explain what I have done since the previous post, step by step. As I have already said, I did not make yokes. Instead, I used simple paper clips to hold the pair of horses on their bases together. 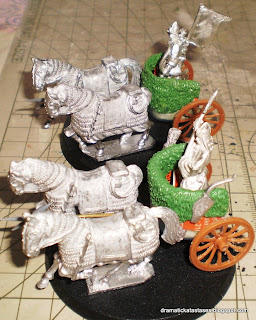 The paper clips. King's is the yellow one.

I used yellow-grey mulliput for the chariot floors. I put an extra paper clip on the top of King's chariot frame. The reason I did this was to secure the two flags, with which I plan to decorate King's chariot.  ﻿ 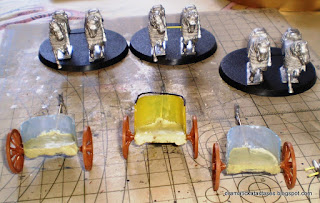 Every horse had a hole on its rear right side. I used greenstuff to fill these holes.﻿ 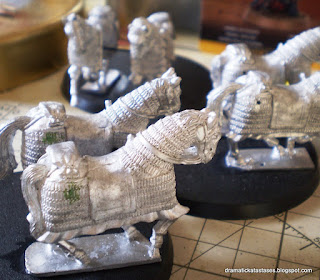 Furthermore, I used two flags and an asian chinese shield to distinquish the King's chariot. I used greenstuff which I gave a fur appearance to cover every chariot frame. One of the two Variags has a bow while the other has an axe. I put a bow and a quiver to the later's chariot, so that every charioteer has a bow. 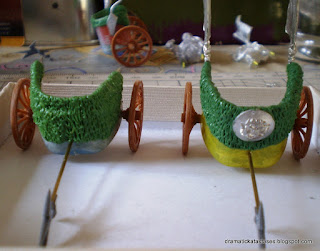 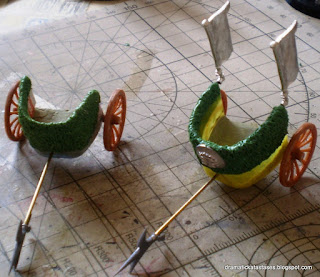 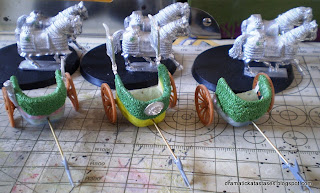 ﻿   In order to place the charioteers on their proper places in the chariots I painted the clips with red colour and touched the floors marking their positions. After that, I drilled holes where the marks were. 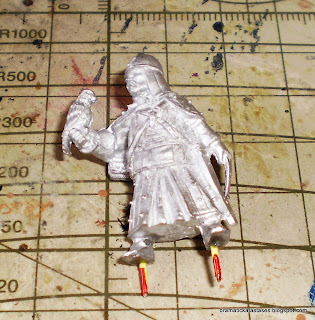 With all these done, two chariots are ready for painting. ﻿ 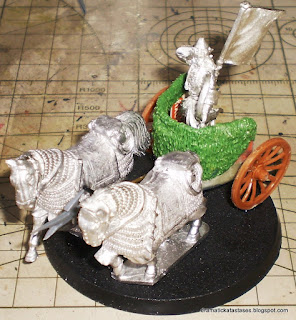 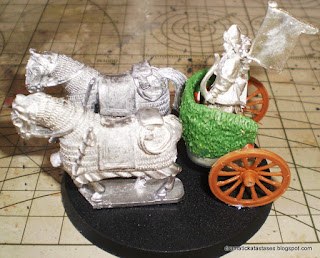 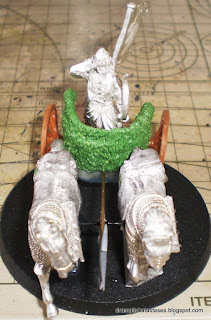 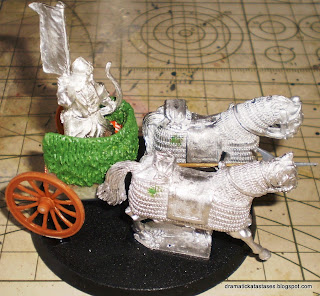 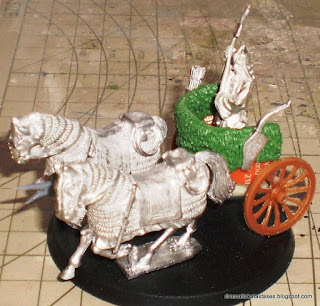 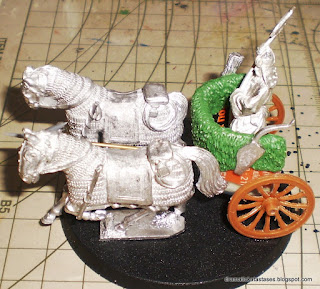 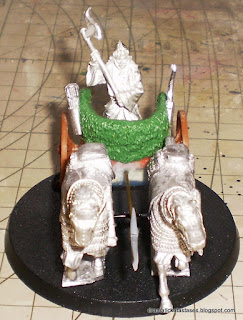 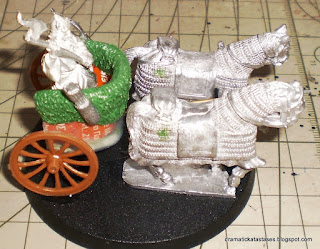 That's it for today. Stay tuned for more!﻿
﻿
Posted by dramatic katastases at 9:11 PM