Another post today about Isengard, this time the Dunlending Horsemen. They cover the Isengard's lack of cavalry. One formation, four companies, eight cavalrymen (one Chieftain, one Banner Bearer and six Horsemen). A nice colourful unit on the tabletop among the dark Uruk-hai Warriors. 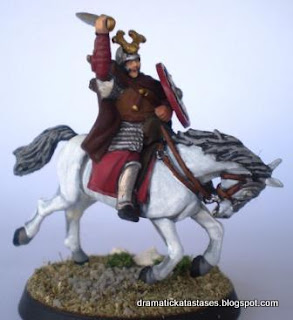 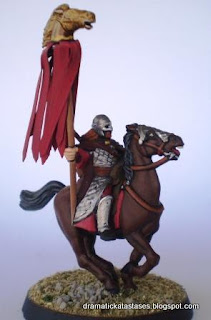 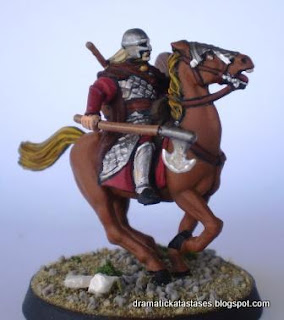 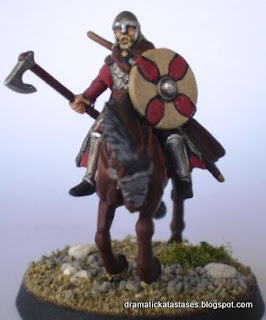 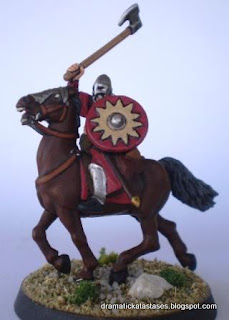 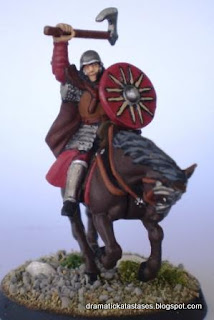 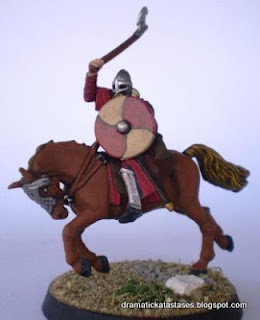 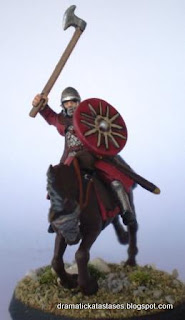 What I did here? I took some Riders of Rohan and painted them with different shadows of red colour. I gave to each one of them an axe exept for the Cheftain who has a sword of a warrior of Minas Tirith. I deleted from the shields surface the Rohan symbols with horses. I kept only the two different types of stars. On the rest shields I painted some Viking style drawings. I put to Captain's helmet a maedate (samurai's helmet crest)  to be recognizable that he is the Captain. The gold horse head of the banner is the 1/72 head of a napoleonic plastic cavalry miniature. The ribbons are alouminium foil.
Finally, a photo of Dunlending Horsemen in action! 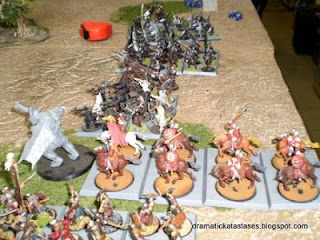 Posted by dramatic katastases at 12:47 PM