These are my inexperienced infantrymen for my Bolt Action games. According to the special rule "Quantity has a Quality all of its own" of the Red Army, they cost no points. So, anyone who plays Soviets can add a twelve-men squad, like this one, to his army for free. 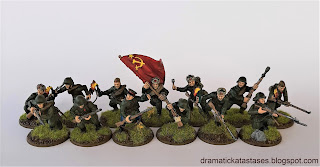 The above squad consists of thirteen men because some times I include the banner bearer to the squad and remove a rifleman, some others I don't. When I do, my squad takes advantage of the "Rally to the Colours!" special rule. 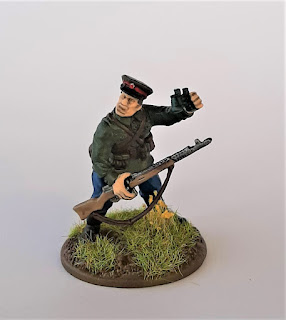 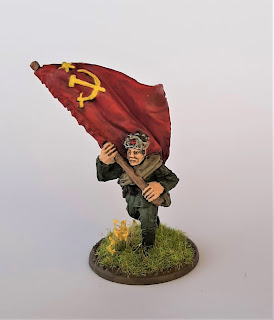 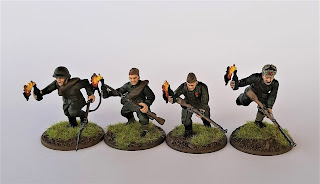 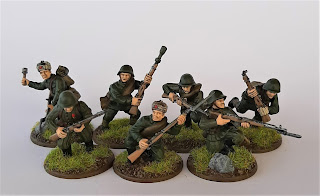 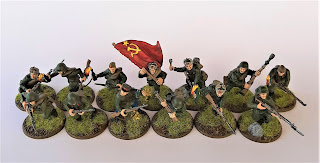 I gave a green tone to the uniforms of this squad to distinguish them from my rest Soviet infantrymen.
That's it for today! Stay tuned for more!
Posted by dramatic katastases at 6:58 PM