During the WW2 the Red Army deployed anti-tank dogs to stop the advance of the German Army at the Eastern Front. The first group of these dogs and their trainers arrived at the front the summer of 1941. Though thousands of dogs were used, their efficiency remains uncertain.

According to the "Armies of the USSR" book of Bolt Action, each dog mines anti-tank team consists of an NCO, a private and two dogs. As an option two more privates with dogs can be added to a dog mines anti-tank team. I had the original two miniatures, the handler and the dog of Warlord Games and I added to my team three more soldiers, two dogs of "Farmer Maggot & Hounds" of Games Workshop and one dog from the Farmyard Animals box of Warlord Games. 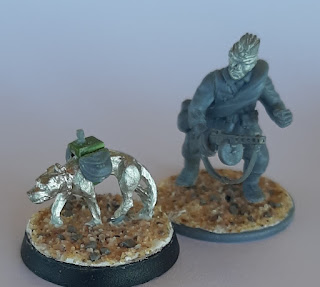 The NCO and one of the two GW dogs 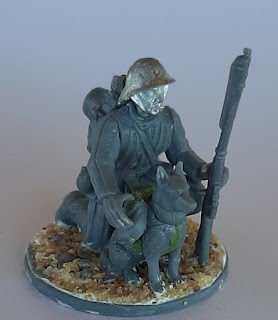 A female handler and the WG dog 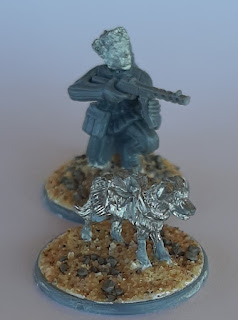 A handler and the original dog 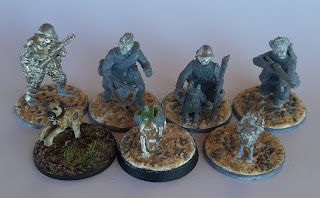 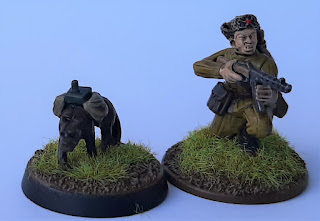 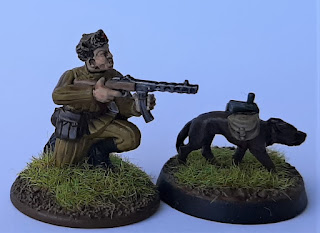 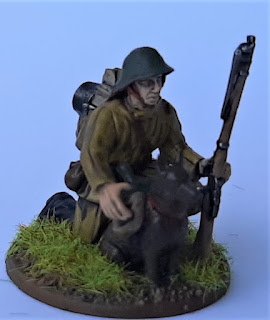 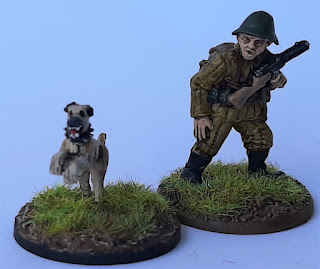 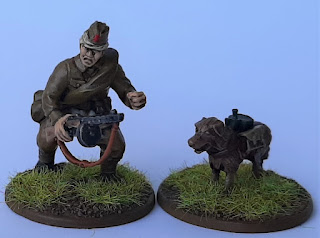 A family photo
Speaking of Anti-Tank teams, recently my little godchild finished his Sherman! It looks really nice! Next step is to add its decals. 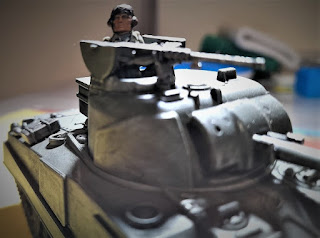 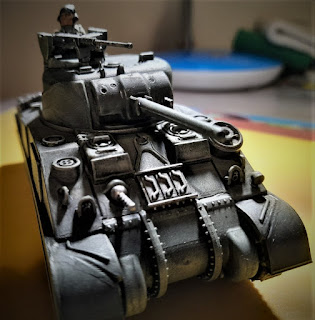 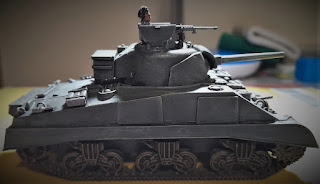 That's it for today! Stay tuned for more!
Posted by dramatic katastases at 8:53 PM