Assault engineering brigades were formations designed to storm settlements and to break through heavily fortified enemy lines. They were referred to as "armoured infantry" due to their SN-42 steel breastplate.

My assault engineer squad consists of one NCO and four soldiers armed with SMGs, one soldier armed with two panzerfausts and one with a flamethrower. 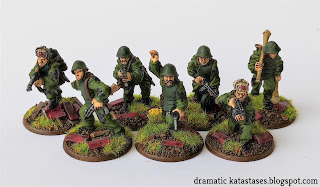 The NCO (with the moustache) and his men 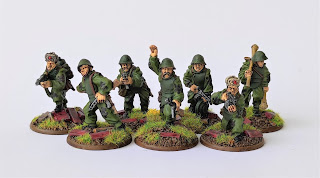 I also have an assault engineer medium machine gun team. 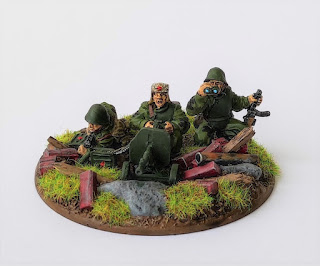 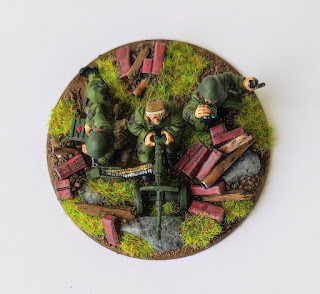 I chose the green "амеба" camo for my assault engineers squad and I painted my miniatures' uniforms with a mix 50/50 of Vallejo 887 Brown Violet and 857 Golden Olive while the dark green amoebas are 896 German Camo Extra Dark Green.

Green colour No 2 of амеба camo
Speaking of green stuff, here is a fantastic Cretan dish, which I ate recently. Zucchini flowers stuffed with rice and herbs, served with yogurt. 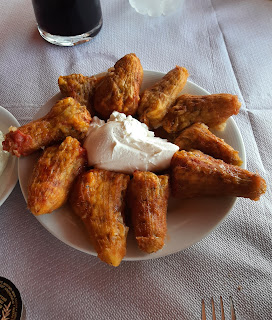 That's it for today! Stay tuned for more!
Posted by dramatic katastases at 8:33 PM