Last August Wargames Illustrated came with a free plastic sprue of ten Romans. That gave me the idea to build a unit of Black Guard of Barad-dur for my Lord of the Rings evil force. I had six original miniatures, a blister of three old Ral Partha miniatures of Minotaurs in Roman uniforms and an extra miniature of Shagrat with the shield of Cirith Ungol to lead all of them! 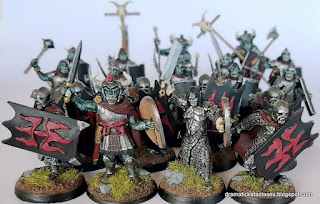 The Black Guard of Barad-dur

I changed not only the heads of the ten Romans with heads from Oathmark Goblin miniatures box but their hand weapons as well.

The Romans' hand weapons and the Goblins' heads 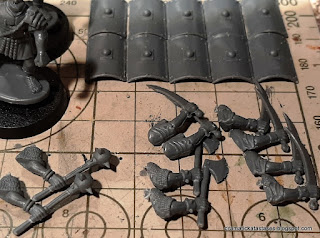 Four Romans held their swords so their scabbards were empty. I secretly cut four pins from my wife's wire pin hairbrush to use them as pommels of the Black Guard's swords.

The black brush pins as the pommels of the swords

Since the original miniatures of Black Guard warriors have capes, I had to make capes from green staff for each one of the plastic Romans. 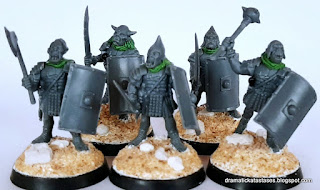 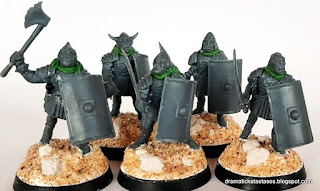 I don't even remember when I bought this nice Ral Partha miniatures. Probably it was between 1992 and 1995. The year of production written on the base is 1990! 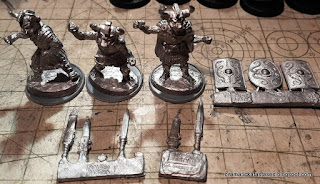 Minotaurs of the Imperial League 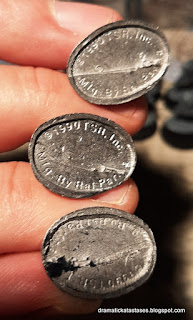 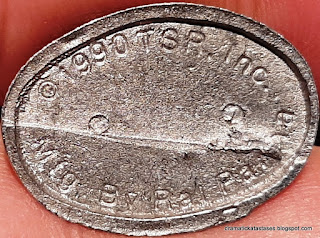 I kept the Captain as he was. I gave a flag pole from the Goblins box to the first Minotaur warrior to be a banner-bearer and a drum and two drum sticks instead of bones to the second to be the Drummer of the unit. 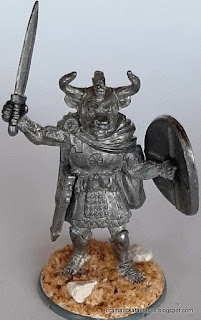 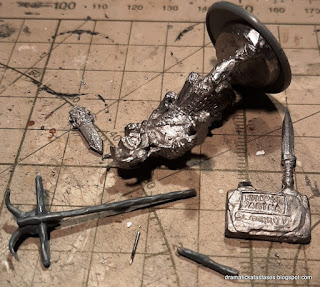 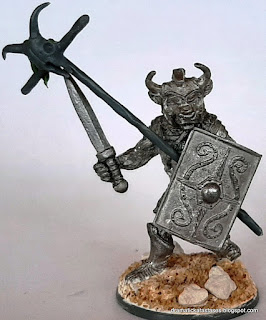 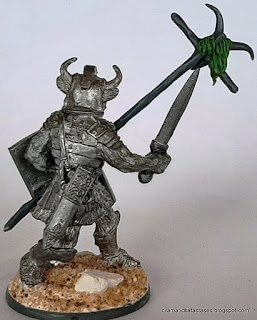 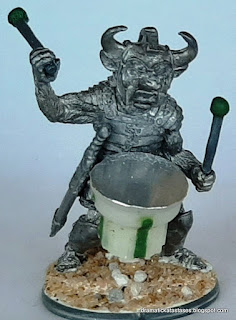 I had a spare miniature of Shagrat so I thought he was perfect to lead the Black Guard warriors, the most fearsome of all the Orcs breeds! 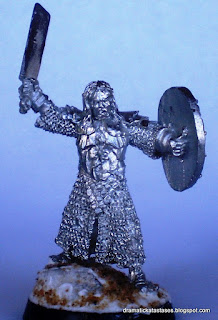 I used the shield of the Drummer together with another flag pole in order to have a second Banner for my Black Guard warriors. I added also a helmet and a couple of spears from other miniatures. 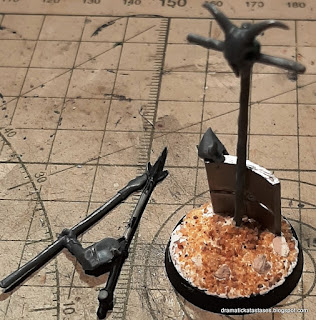 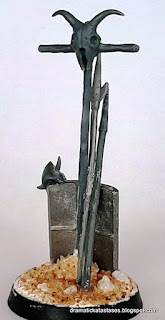 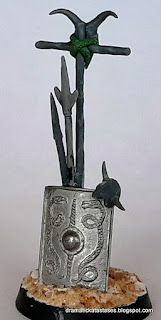 I faced a little problem with the swords of two of the original miniatures. There weren't any! So, I added hand weapons from the Goblins' box. 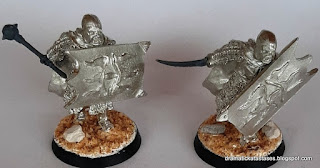 Black Guard warriors with weapons from the Goblin's box 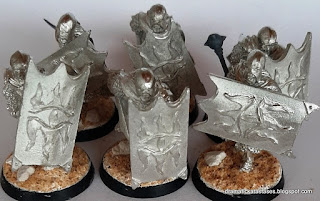 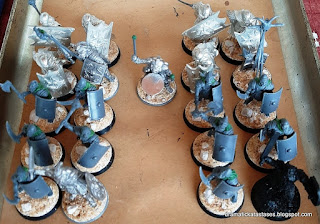 All the unit ready for primer 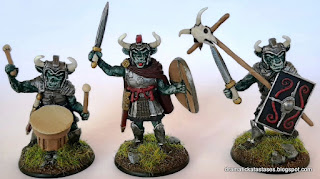 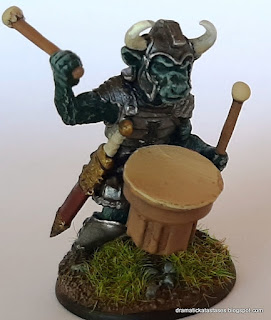 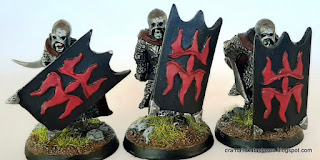 and the other three 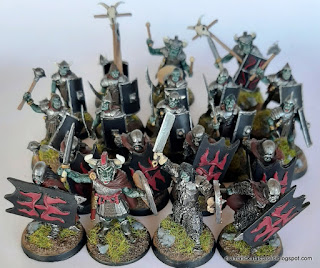 That's it for today! Stay tuned for more!
Posted by dramatic katastases at 4:37 PM