Two years ago I bought nineteen second-hand Orcs. My intention was to convert a rhinoceros of the "Schleich toys" to a Great Rhino-beast and for that I needed a crew of ten Orc warriors, nine as archers and one as the driver. After the Rhino was ready, I put the rest nine Orc warriors in a drawer.
Recently, I decided to paint them and use them as reinforcements! So, I divided them in three groups, one with swords, one with spears and the last one with axes. 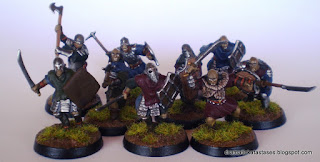 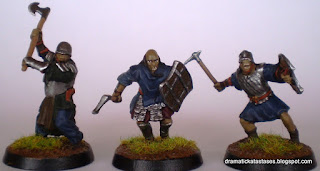 Orcs with axes. The warrior in the middle has an axe of a dwarf ranger! 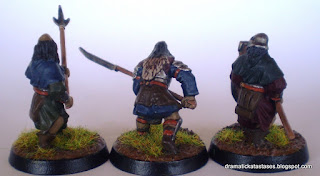 To avoid duplication, I switched the heads of the two warriors that you can see below: 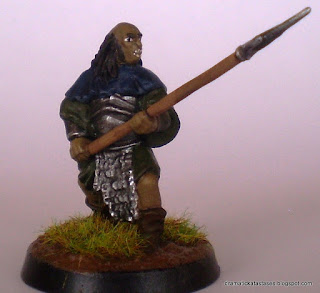 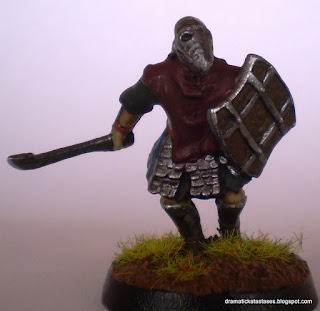 And the last one is the Orc with a spear of a Minas-Tirith warrior and the shield of a warrior of the Dead. 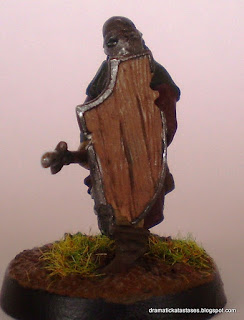 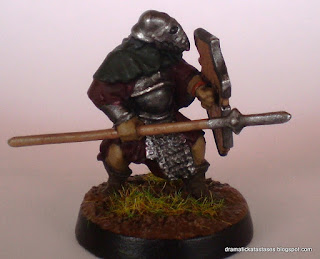 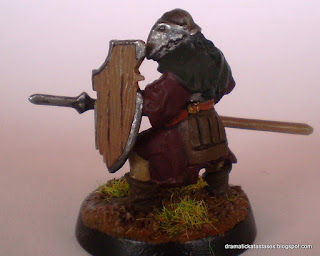 That's it for today! Stay tuned for more!
Posted by dramatic katastases at 1:11 PM