I have finished the other four Fianna warriors. This time there is a banner bearer among them. I am not so happy with the result of the flag. I didn't paint the aluminium foil white as it is recommended by the manufacturer but I stuck the flag straight to the foil. The result is a silky feel which is inappropriate for a flag of the dark ages! Anyway, now it is too late to correct it, just it is a lesson learned always to abide by the rules! 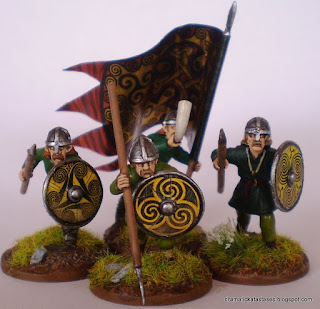 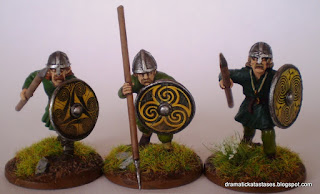 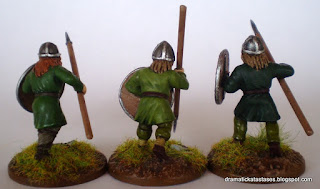 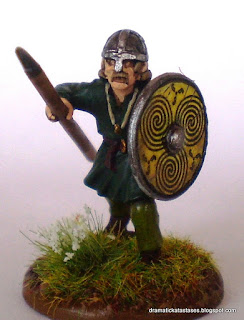 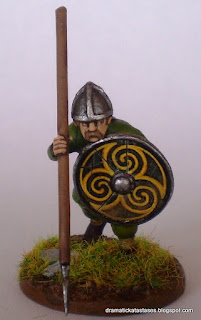 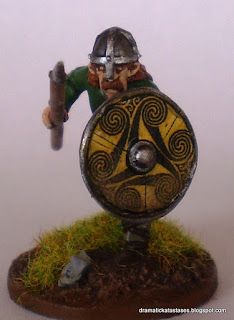 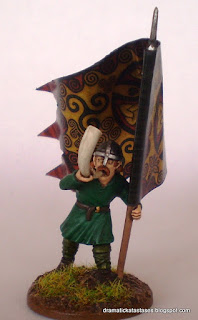 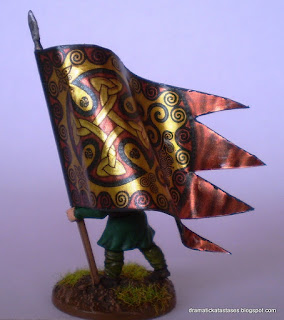 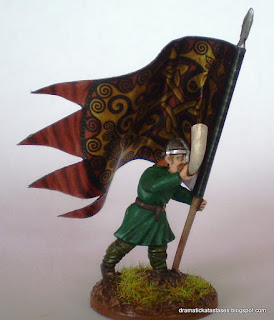 Three days ago it was St Nicholas day. So, my wife and me, we went for a walk at the center of Chania. There, one can see a unique church, the only one in Greece that has a bell tower and a minaret! It was built in 1320 as part of the Dominican monastery of St Nicholas. Later, during ottoman occupation it was used as barracks before it was turned to a mosque, known as Hiougar Tzamissi (The mosque of the ruler). The legend says that the sword of the Darvish, who was first to enter the city, was kept there. In 1918 it was turned to the Orthodox church of St. Nicholas and in 1950 its bell tower was built. 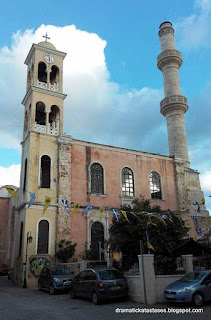 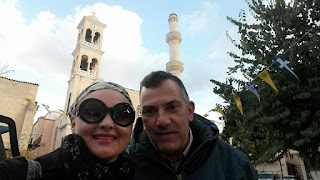 Posted by dramatic katastases at 11:33 AM

Email ThisBlogThis!Share to TwitterShare to FacebookShare to Pinterest
Labels: Saga