Warriors of the Dead were the cursed folk of Dwimorberg, who wandered the hills of their land for all eternity until their oath to Isildur was met. The original ten GW warriors are very nice. Recently, I bought a box but I have other plans for them. You will see them in the future!
Without a second thought, I decided that it was time for my unpainted warriors of Rohan to be converted to Deads. I had also the miniature of King Arvedui but not even one warrior of Arnor, so, Arvedui's destiny was to become the King of the Dead, the only hero of the Dead army. He is a king after all! Below you can see the initial steps of this army: 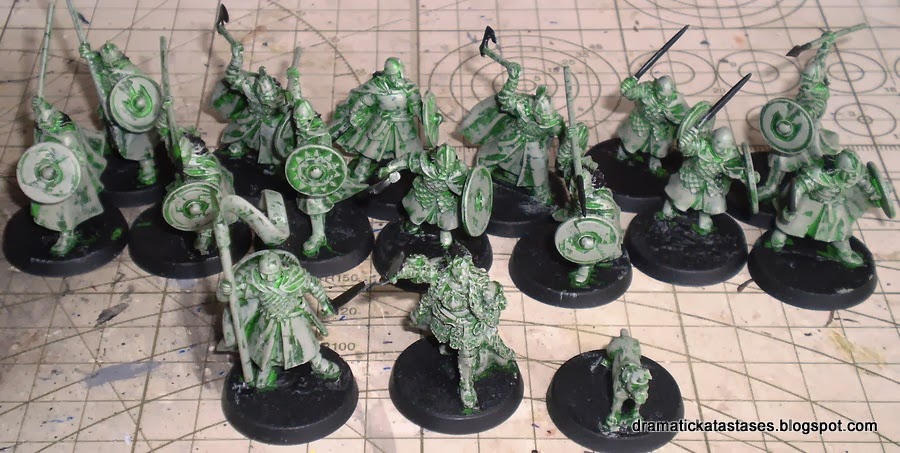 
The army of the Dead has a very nice but expensive for me banner bearer. One of the non used archers of Rohan became my flagman. The other parts of the conversion are: two swords and a right hand with spear from GB, as well as a part of a flag, which a friend gave me in the past. Actually, he gave me two and I have already used one for the Galadhrim banner bearer. 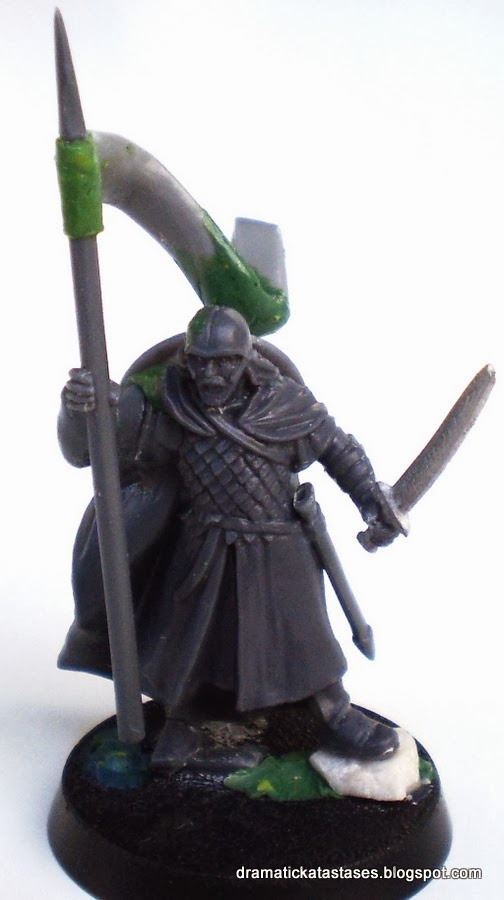 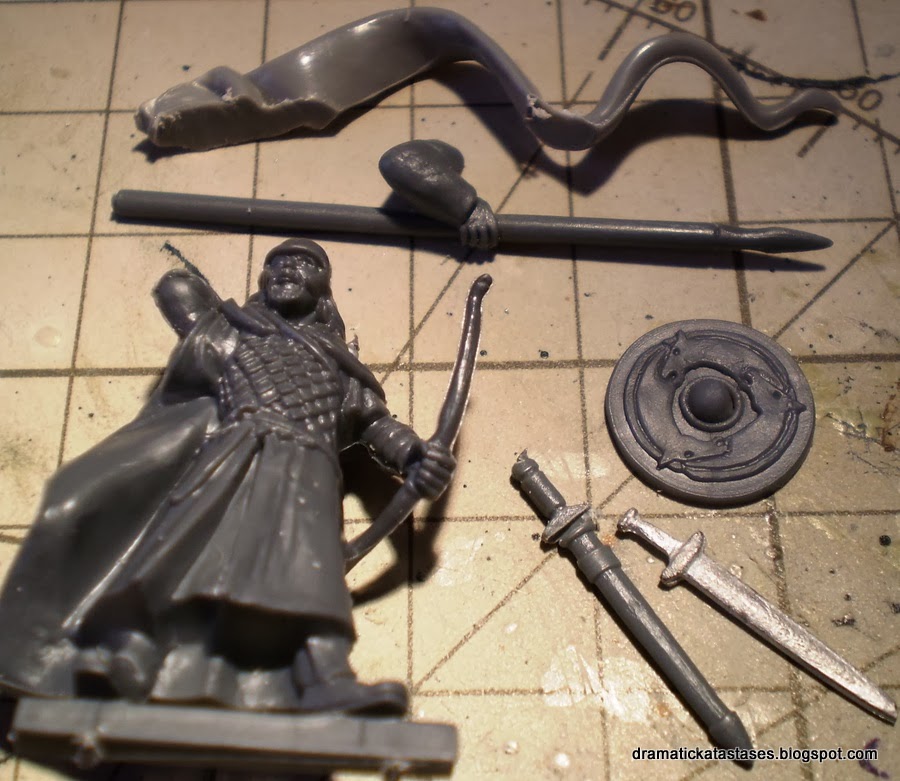 The various parts of the conversion 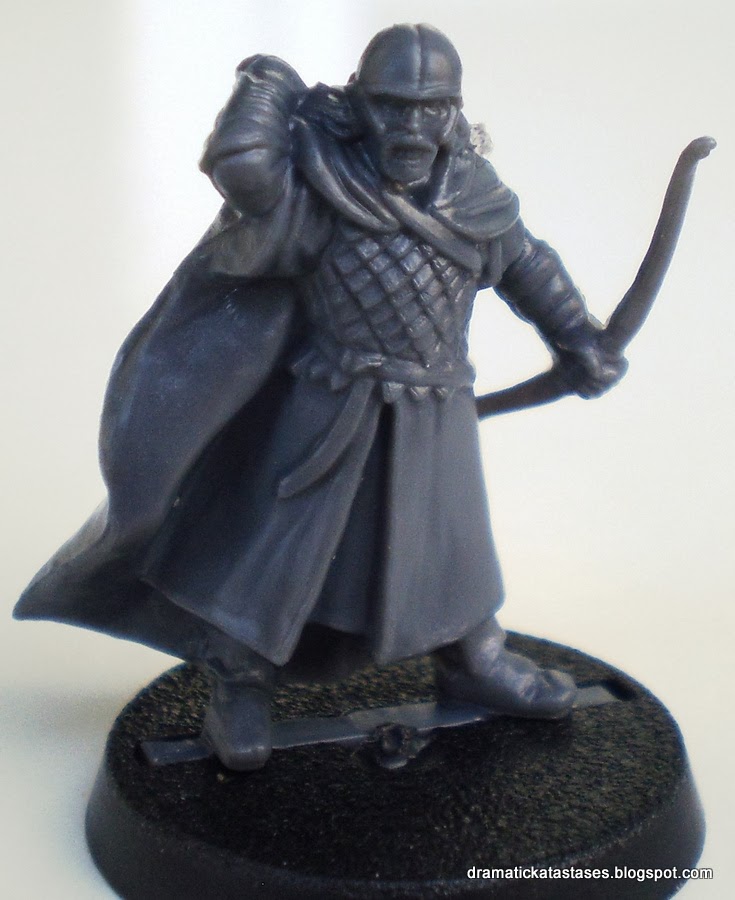 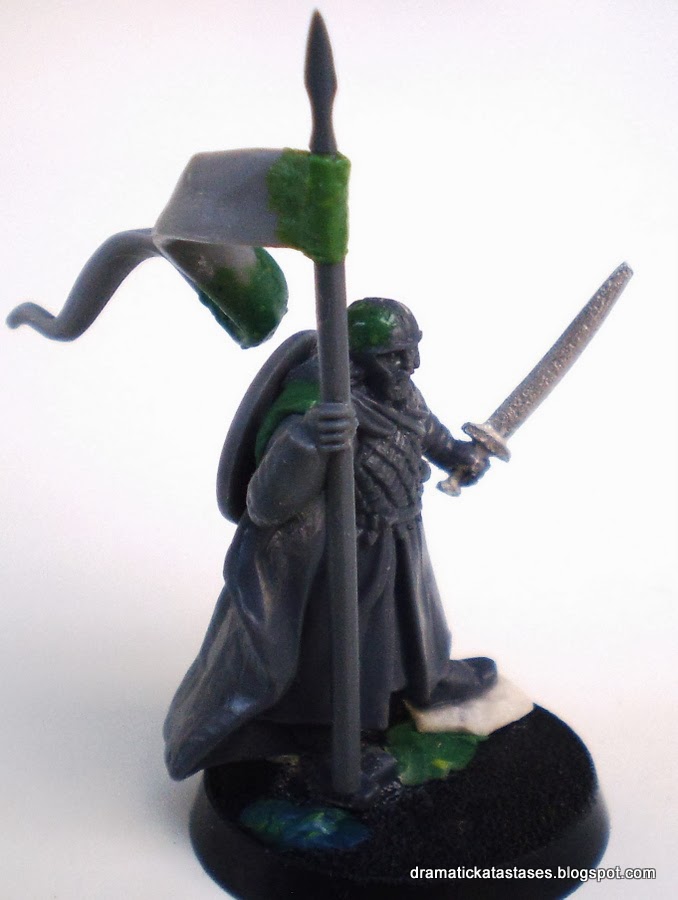 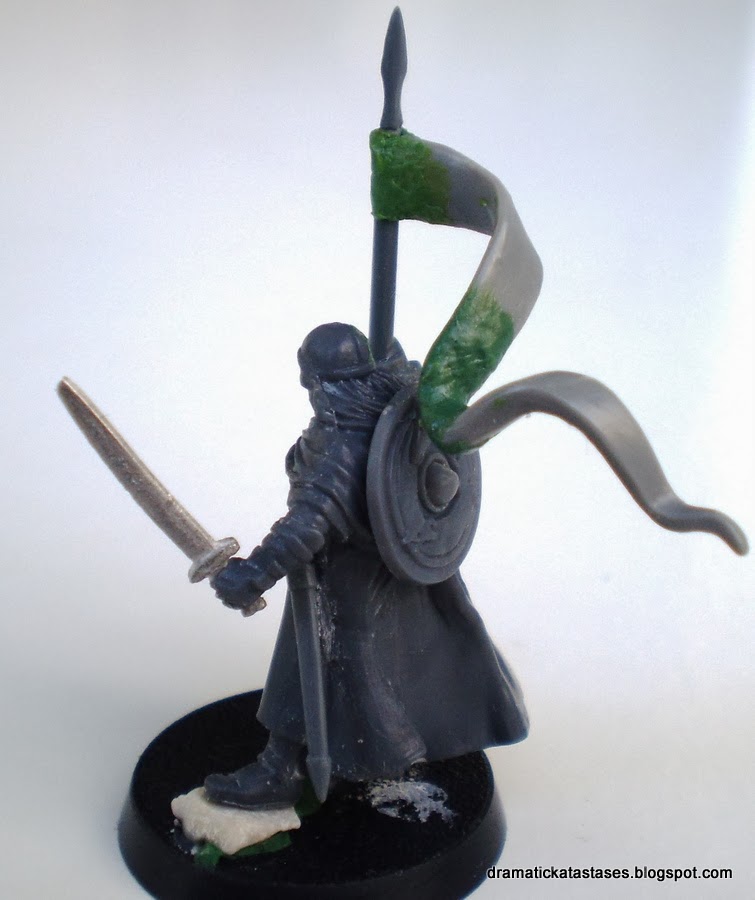 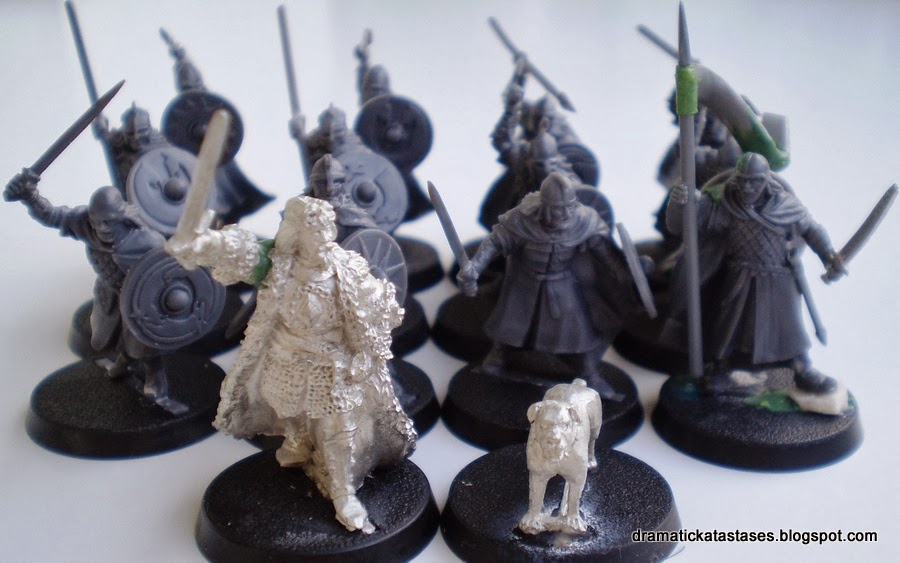 "Why does the army have a dog?" a scrupulous observer may ask. The dog will bark and all the deads will have a +1 bonus to their Courage. I didn't want another hornblower miniature because I have enough already! 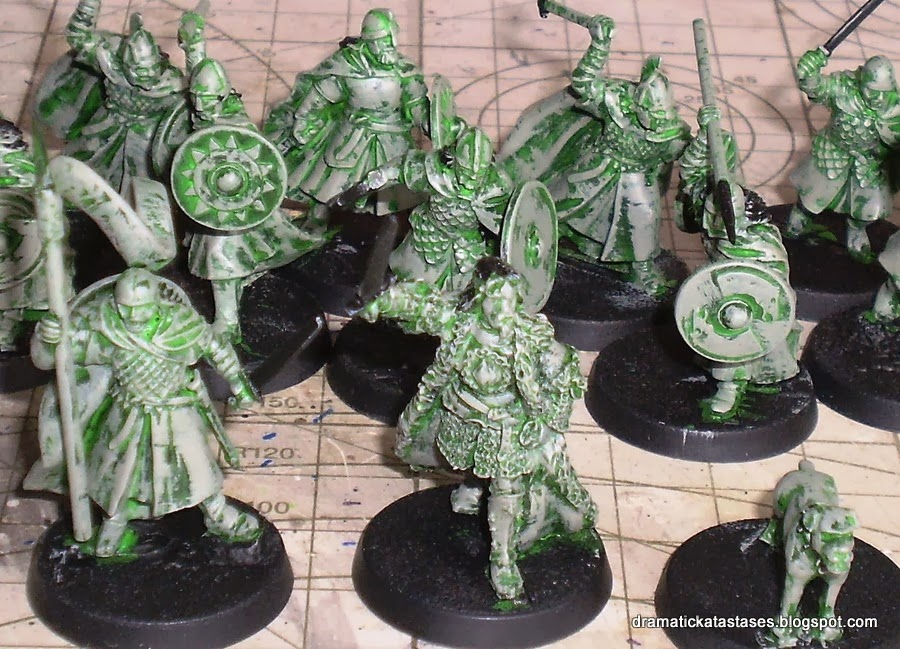 That's it for today! Stay tuned for more!
Posted by dramatic katastases at 7:46 PM

Email ThisBlogThis!Share to TwitterShare to FacebookShare to Pinterest
Labels: Fiefdoms