Moria Cave Trolls are huge creatures, slow-witted but very dangerous! Their 3 Attacks of this S can smash every dwarf armour on the tabletop. I have two of them, one with the club and chain and the other one with the spear. The former steps on a ready resin base, which gives the Troll even more height. For the later, I used the usual plaster to make a trench, which is "a missed the target" after the shooting of a dwarf ballista! 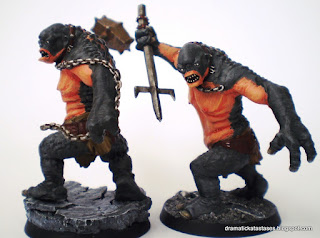 Drill and pin the body parts 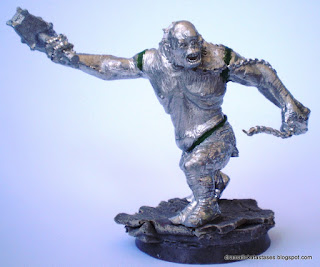 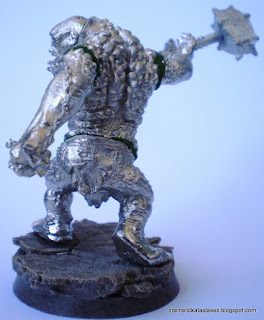 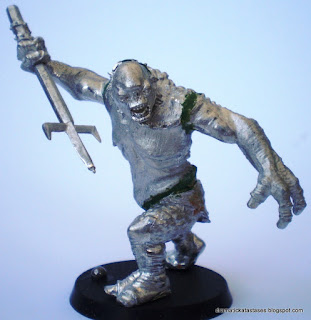 I glew a metal ball to one of the base holes 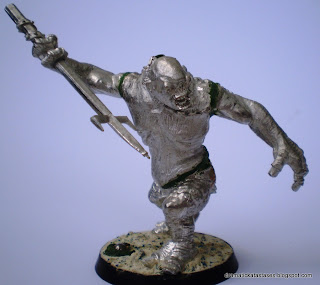 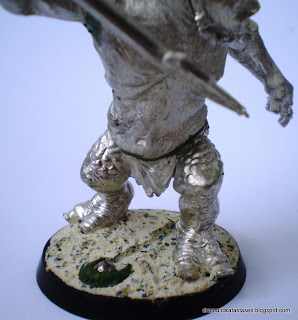 The "missed the target" trench 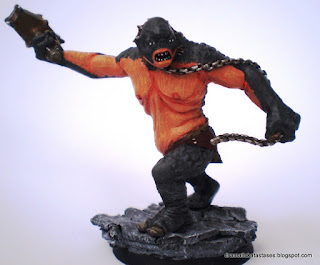 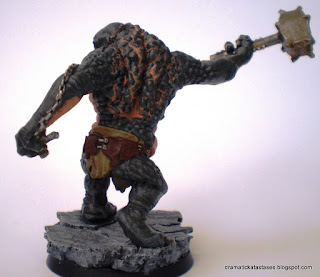 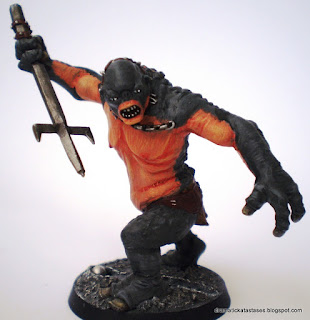 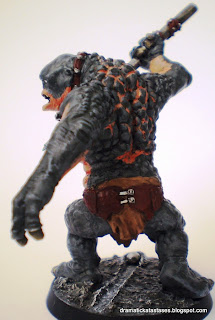 A funny story from the wars between Moria and the Dwarf Kingdom!﻿ 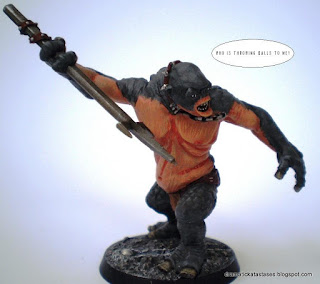 "Who is throwing balls to me?" 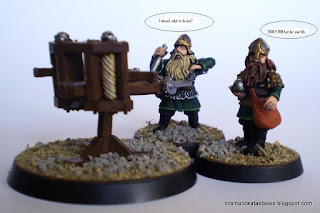 That's it for today! Stay tuned for more Moria!

Der Feldmarschall welcome onboard!
Posted by dramatic katastases at 2:47 PM