Giant Spiders are the cavalry of a Moria army. They have an efficient S value, two attacks and two important Special Rules! My Moria army has four pairs of them. Each pair consists of two different species, one with stripes and one without.
Once again, to avoid the monotonous appearence I added pine tree barks to the bases. They serve as stones for the spiders to climb on. Below you can see some photos of the result so far. The next step is to search the net for some nice colour schemes to use as an inspiration for my Giant Spiders little force! 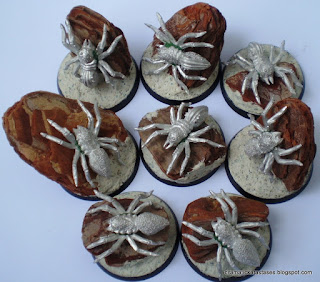 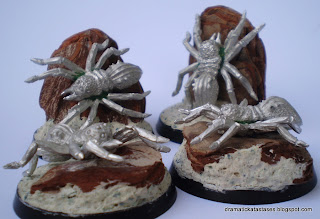 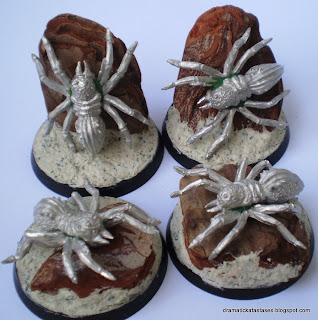 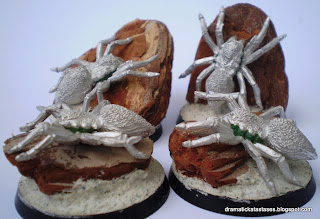 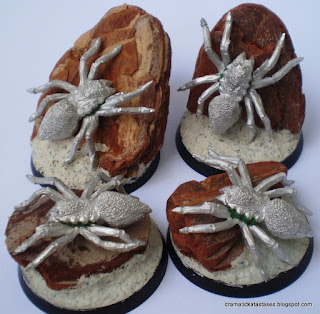 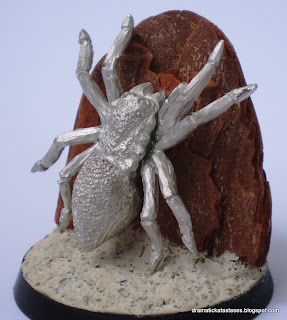 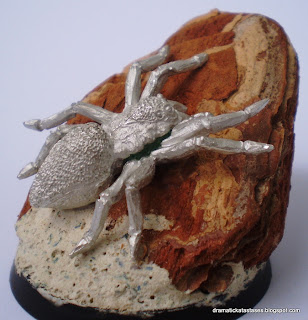 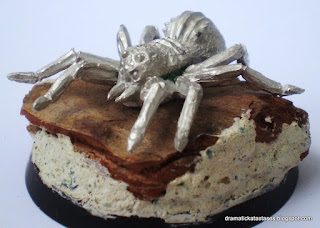 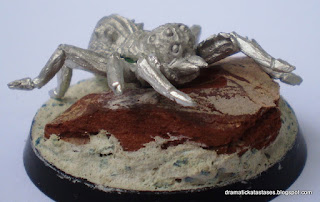 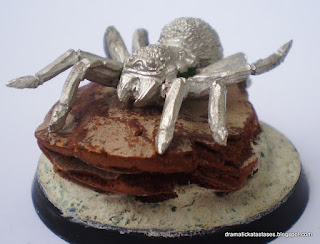 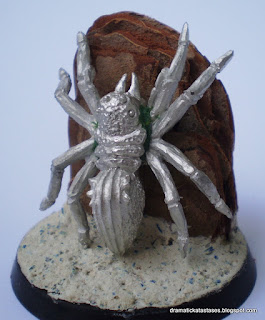 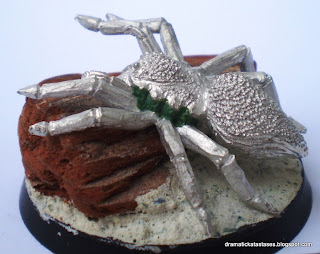 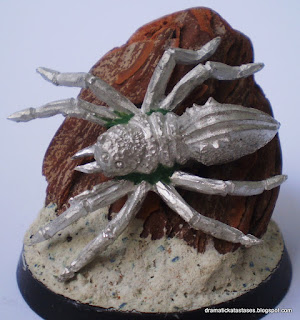 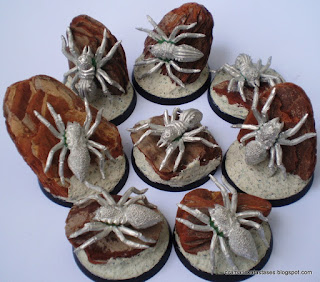 The difficult part was to bend their paws to embrace the stones more or less naturally. During the procedure I broke a couple of them and had to stick them back. That was not easy.
﻿Ozey Stephenson, The Angry Lurker and JonasM, welcome onboard!
That's it for today. Stay tuned for more!
Posted by dramatic katastases at 7:22 PM