This was a game we played long time ago. We wanted to have a siege with all the magic of such a fight, for example the huge walls, a strong gatehouse, high towers, lethal siege engines, siege ladders, etc on the table.
The Objectives were simple. The Defenders, Numenorians and Dunedains, had to stand for twenty turns untill an Elven ally force would appear to release the siege. The Evil army of Trolls, Orcs and Goblins had to conquer the Castle and kill Isildur, the tall second king of Gondor and Arnor. Here are the photos: 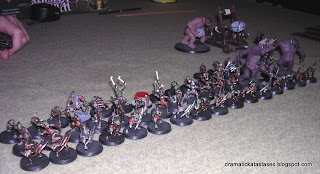 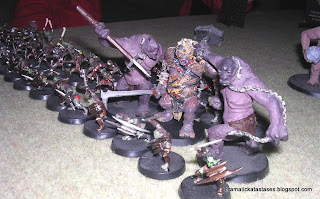 Buhrdur and his Cave Trolls 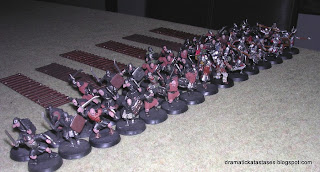 Orcs and the stronger strain of Orc, the Morannons 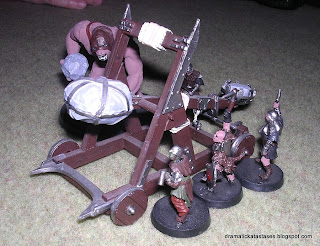 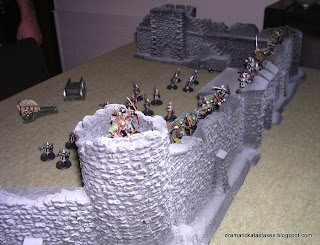 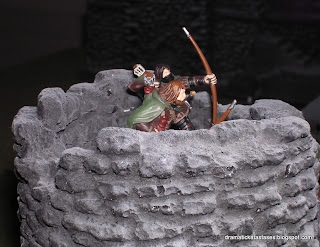 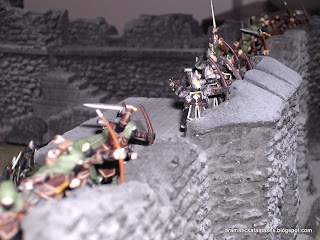 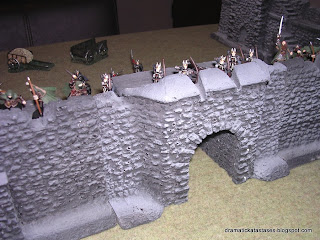 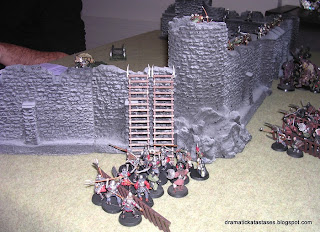 Morannons are ready to climb 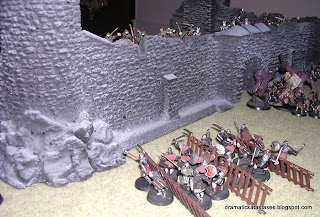 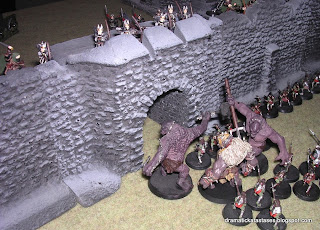 "Enemy at the Gates" 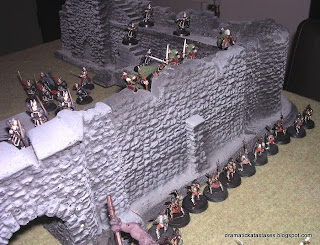 Goblins are ready to climb 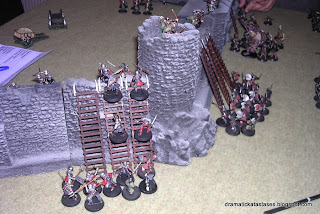 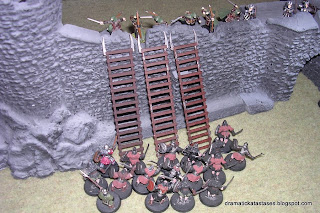 Orcs are ready to climb 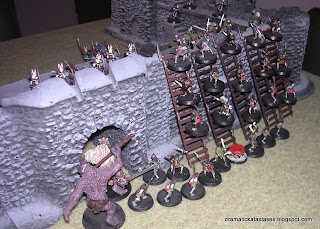 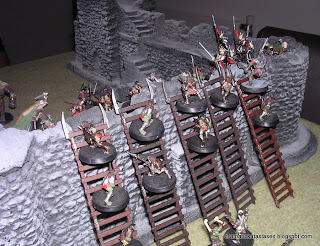 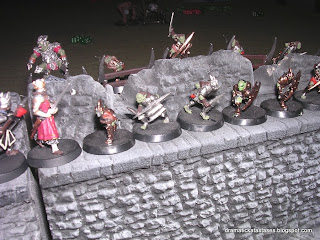 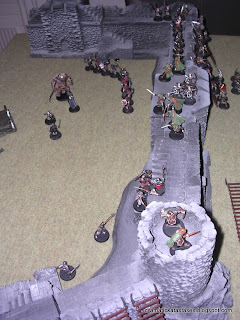 Ward Fight
﻿
At the beginning of the game the catapult had a lucky strike. It hit Arathorn, one of the two Heroes of the Good Force. So, Arathorn died with his sword in its scabbard. Not a heroic death for him, but a promising beginning for my evil creatures. One more time I had the control of the Evil Force. Unfortunately, the continuation was not so fruitful. My warriors managed, without many casualties, to reach the walls, to climb and conquer them, to break the gate, to enter the castle (first objective done) and to bring the fight at the ward. But it took them all the twenty turns and Isildur insisted to stay alive.
Finally, when the fresh Elven army appeared my warriors did not know where to run to save their souls! It was a massacre and the game was over.
That's it for today. Stay tuned for more. Enjoy!

Posted by dramatic katastases at 9:21 PM