Halbarad and Rangers of the Grey Company

This time it didn't take me too long to finish my project of Halbarad and his Rangers. Halbarad is a kinsman of Aragorn and GW produces a very nice metal miniature of him. Also the original Grey Company Rangers are great but I had four unpainted archers of Rohan, whom I decided to use instead. You can find all the conversions I did (longbows, Russian WW2 heads, orcs' quivers, etc.) on my previous post.

Halbarad and his Rangers 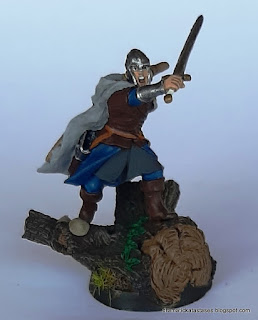 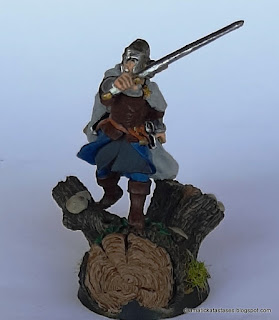 The Rangers have stats: Might, Will and Fate; the number of each is reducing during the game. Since they wear the same clothes and all are bald, I needed to find a solution to know who is who. So, I added different number of little stones on their bases. 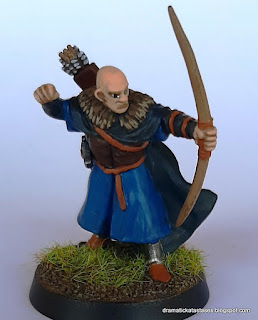 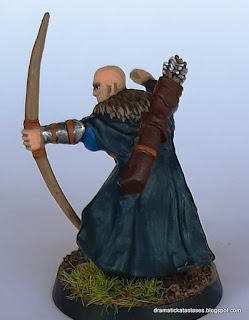 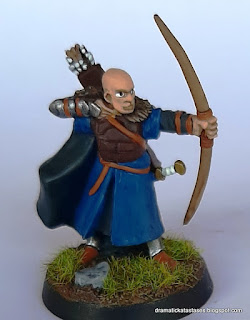 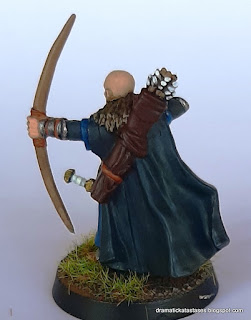 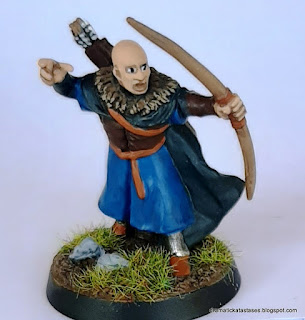 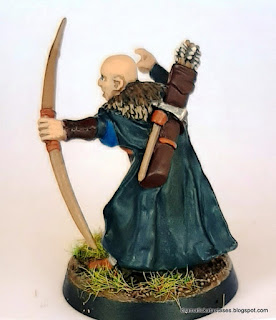 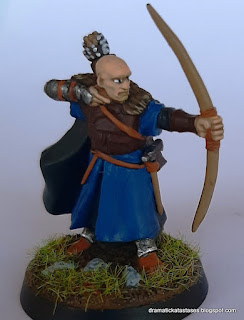 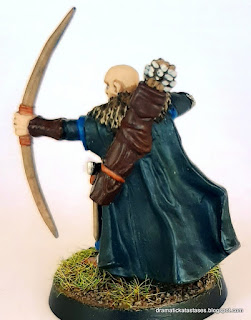 That's it for today! Stay tuned for more!
Posted by dramatic katastases at 6:30 PM