The Razing of High Water 3

This is the third time we chose to play the scenario "The Razing of High Water" and this time we had a dragon among the evil force! Actually this time we followed the proposal of the sourcebook and we deployed the recommended participants of the scenario. 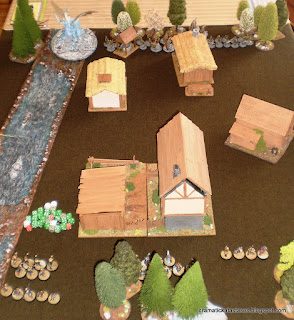 The objectives were five, the four buildings and the passage of the river next to the dice. The winner was the one who controlled at least three.
Below you can see the good force, the dwarves. The force consisted of a dwarf king, a dwarf captain, Murin and Drar, 3 khazad guards, 21 dwarf warriors: 7 with bows, 7 with shields, 6 with two-handed weapons and 1 with banner, and a ballista. 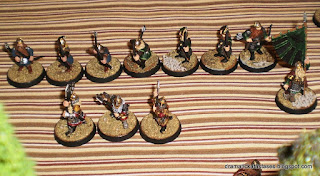 Dwarf captain, Drar, Murin and the miniature of Dain as a dwarf king. 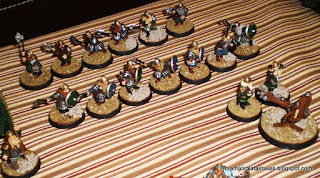 The evil force consisted of a Dragon, a Moria goblin captain, the warg chieftain, 6 wargs, 18 Moria goblins: 6 with spears, 6 with bows and 6 with shields. 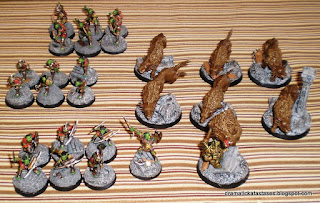 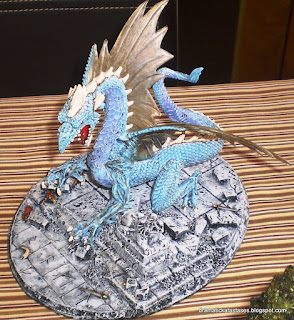 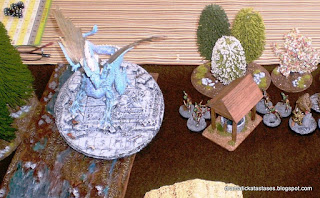 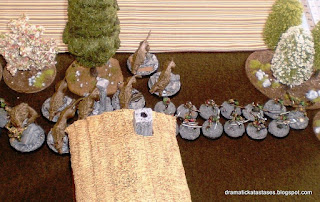 and the left flank. 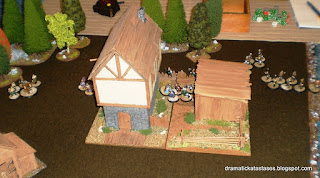 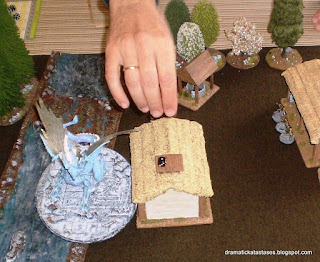 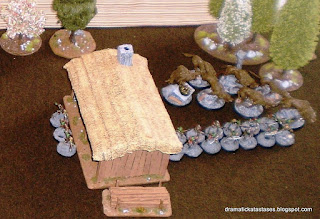 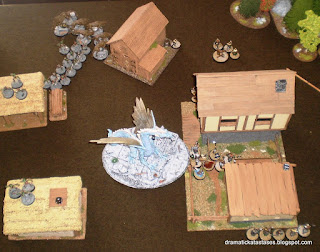 The fight for the 3rd objective 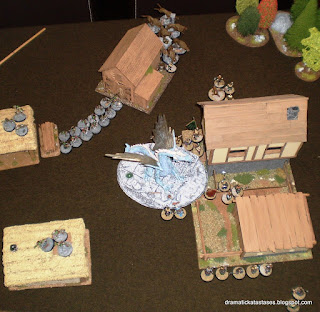 At this point ballista killed three wargs with just one shot! 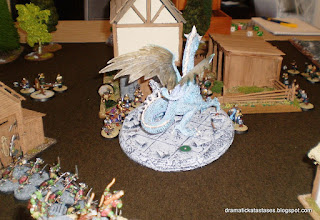 Dwarf king and his followers fight against the dragon. 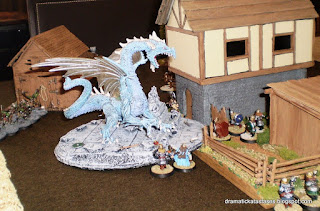 Unsurprisingly the dragon with 4 attacks and Fight 7 is undefeated. To slain the dwarf king during their first fight phase was really a surprise though! 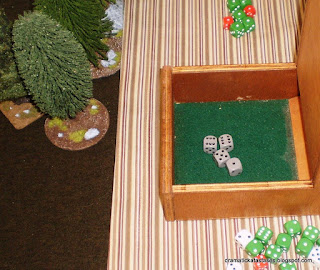 Dragon's roll of dice that killed the dwarf king. 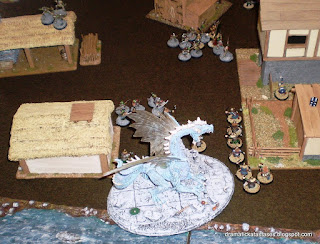 During the next turn the dragon attacked the dwarf archers, 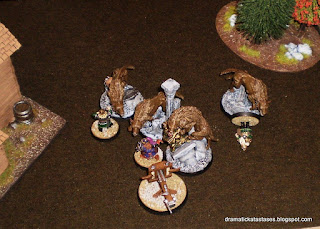 wargs attacked Murin and the ballista, 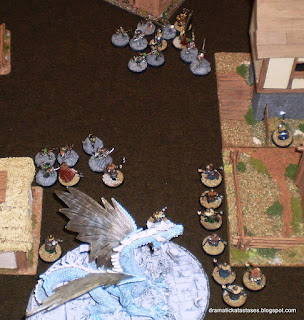 while dwarf captain and the khazad guards attacked the goblins. 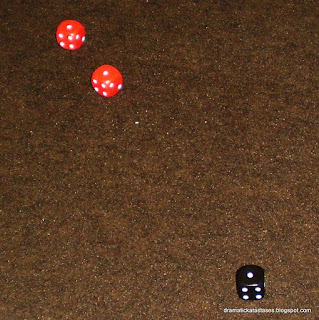 Goblin captain and his supporting warrior were not so lucky as the dragon! 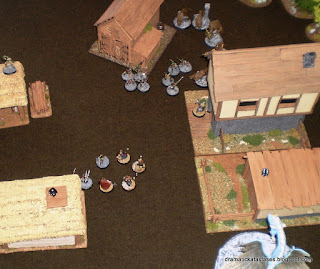 Dwarves' efforts to continue the fight were futile. Dragon controlled the 3rd objective, the river passage 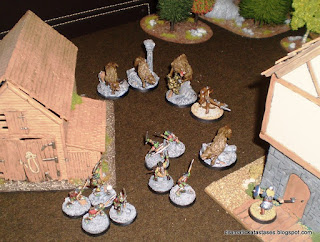 and the wargs and the goblins dominated the rest of the battlefield.

It was a well balanced battle till the forth turn when the dwarf king died and this time we really enjoyed playing the specific scenario.

That's it for today! Stay tuned for more!
Posted by dramatic katastases at 12:47 PM