Warriors and Riders of the Dead WIP 2

Recently I saw some nice "Riders of the Dead" miniatures and I remembered that I had left mine unfinished. So, I decided that the time had come for them to come back on my workbench! What I have to do is to finish their painting and to give them proper bases as well. I believe it is easier to cope with both, the Warriors of the Dead and the Riders of the Dead from the point I have left them. Last time they took part in a battle was during the Arnor raid! 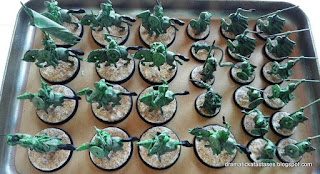 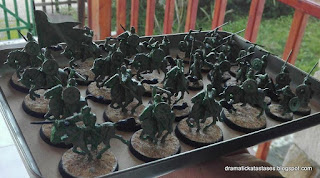 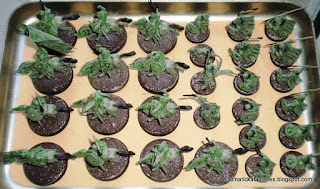 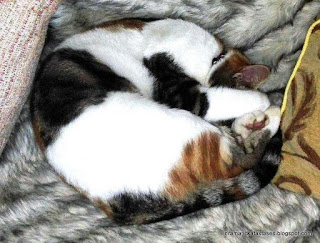 Glasha did't help me at all!

While I was looking for my Dead army I found the rest of the second-hand Orcs I had bought for the Great Rhino-beast. I will finish them too! 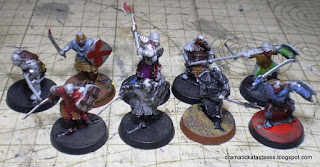 I tried to remove most of the paint 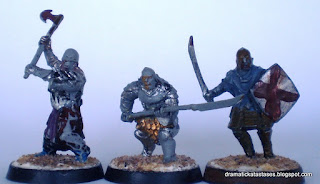 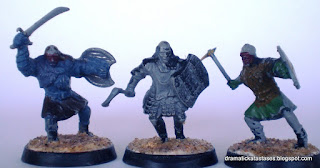 I converted three of them to avoid having twice the same miniature. So, I did a heads swap for the first two and gave the third new weapons. 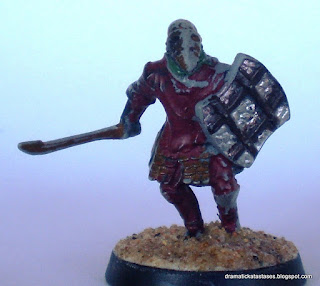 Head a miniature b 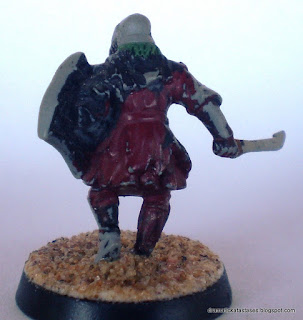 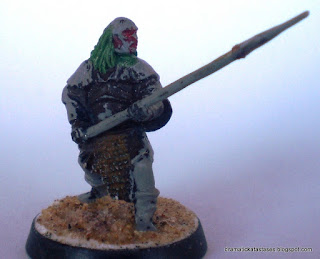 Head b miniature a 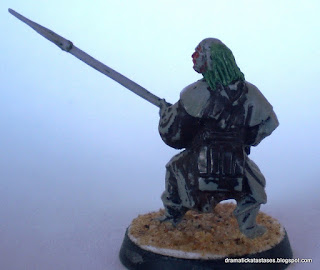 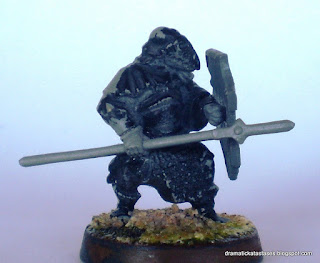 Orc with a Minas Tirith spear 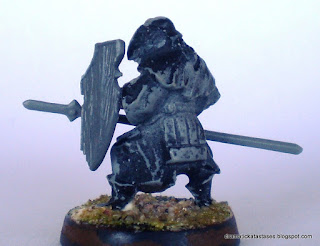 and a Warrior of the Dead shield! 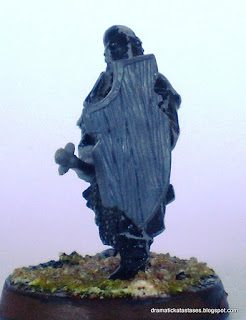 During Christmas vacation my eldest daughter spent some days with us and she had the opportunity to taste the local Cretan cuisine and their huge portions! 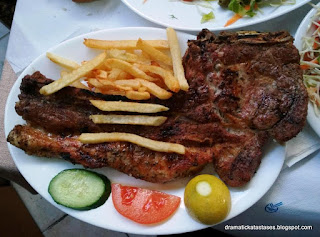 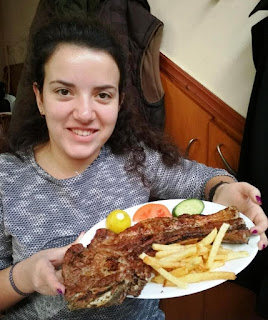 Happy face! She didn't manage to finish it though!

That's it for today! Stay tuned for more!
Posted by dramatic katastases at 10:01 PM