Ambush at the Crossroads

The other day we played a  scenario from the Khazad-Dum sourcebook, the "Ambush at the Crossroads". We followed the recommended instructions more or less, mainly regarding the  participants, but we doubled the points. So, the Good players had:
Player Α:
Balin + 7 Vault Warden Teams
Drár + 8 Dwarf Rangers + Dwarf Banner bearer + Dwarf Horn blower
= 26 miniatures, 466 points.
Player B:
Múrin + 7 Khazâd Guards + 4 Archers + Banner bearer
Dwarf Captain + 7 Iron Guards + 4 Dwarf Archers + Dwarf Banner bearer
= 26 miniatures, 460 points.
The Evil players had:
Player Α:
3 Dwellers in the Dark
Ashrak + 8 Giant Venom Spiders
=12 miniatures, 456 points.
Player Β:
Groblog +8 Gundabad Blackshield (4 with spears)
8 Moria Goblin Prowler (4 with bows) + 8 Warg Marauders
= 25 miniatures, 467 points.
Since we don't have all the miniatures required in the above list, we agreed to replace some GW original miniatures of evil player B with other ones available. Thus, we used Moria Goblins warriors as Gundabad Blackshields and Moria Goblins archers as Goblins Prowlers with bows. We also used Orc Warg riders as Warg Marauders. The last are amazing warriors. I don't know if someone has faced them effectively on the battlefield but in such numbers (eight for us in this game with the "The Goblin Swarm" special rule) they are lethal weapons! Actually, they won the game! 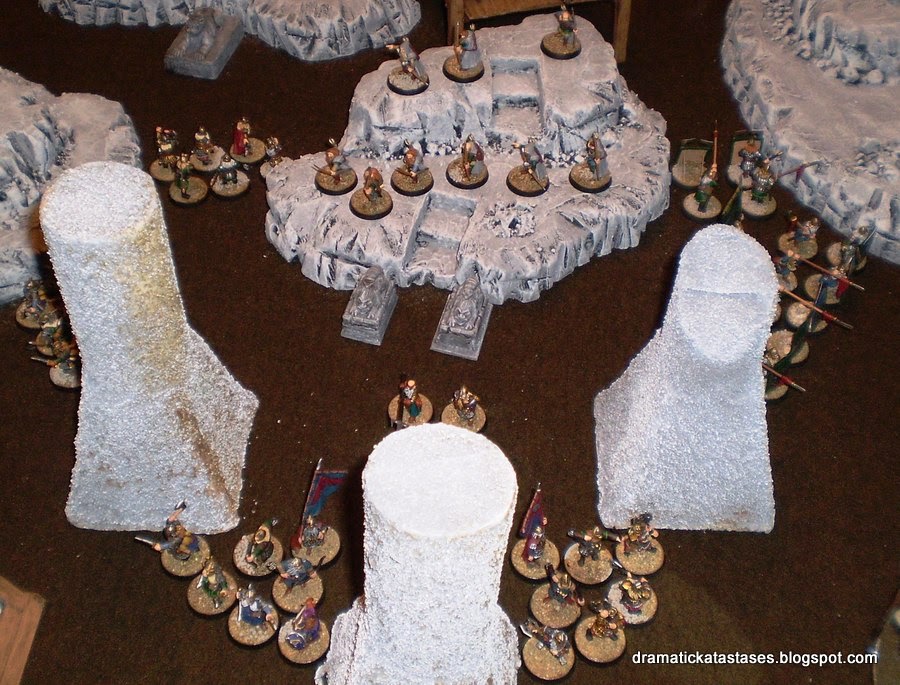 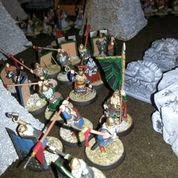 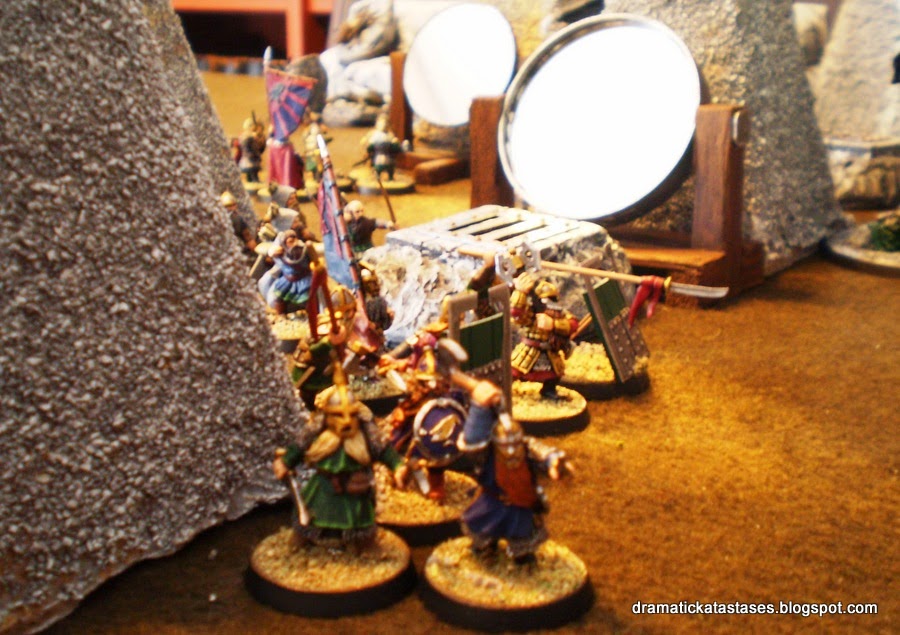 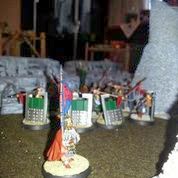 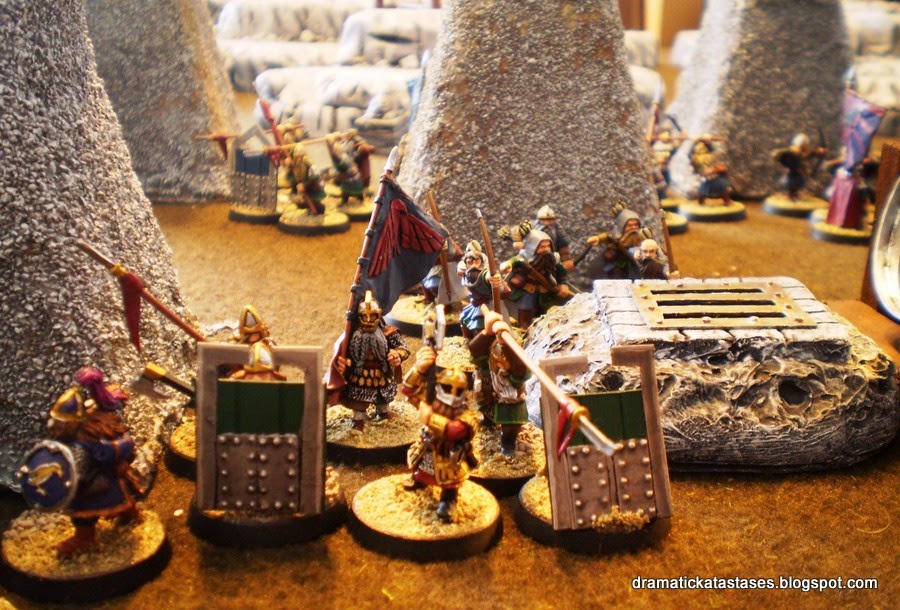 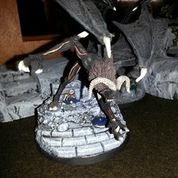 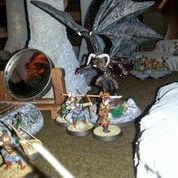 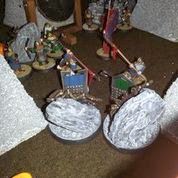 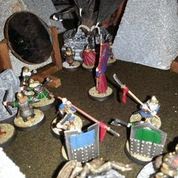 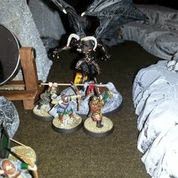 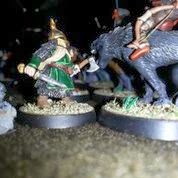 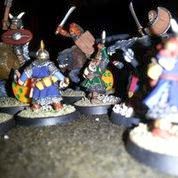 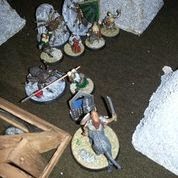 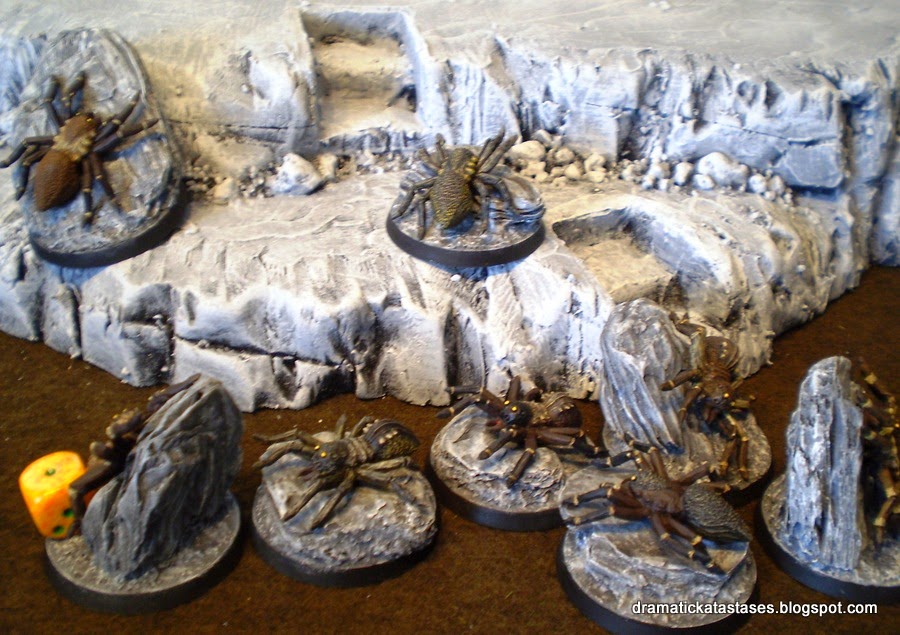 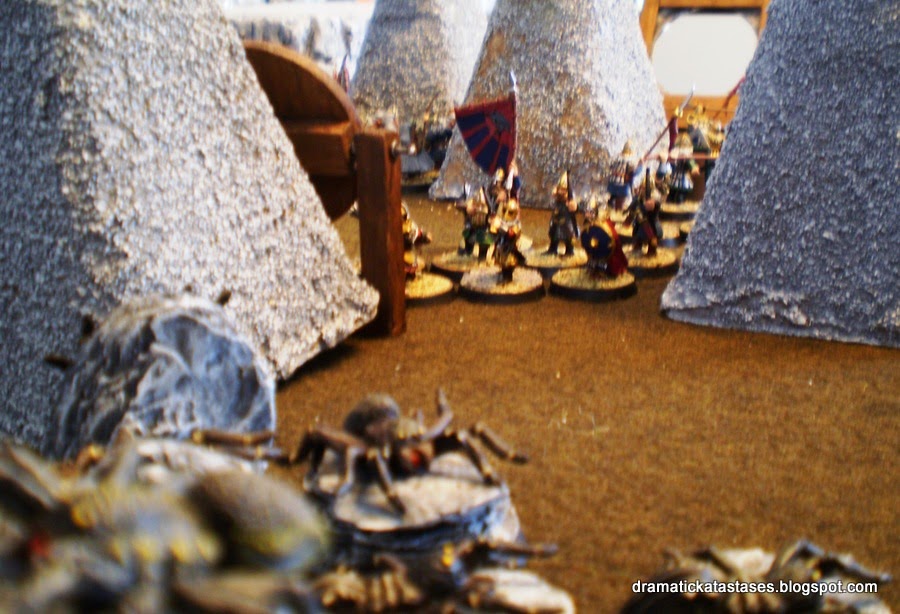 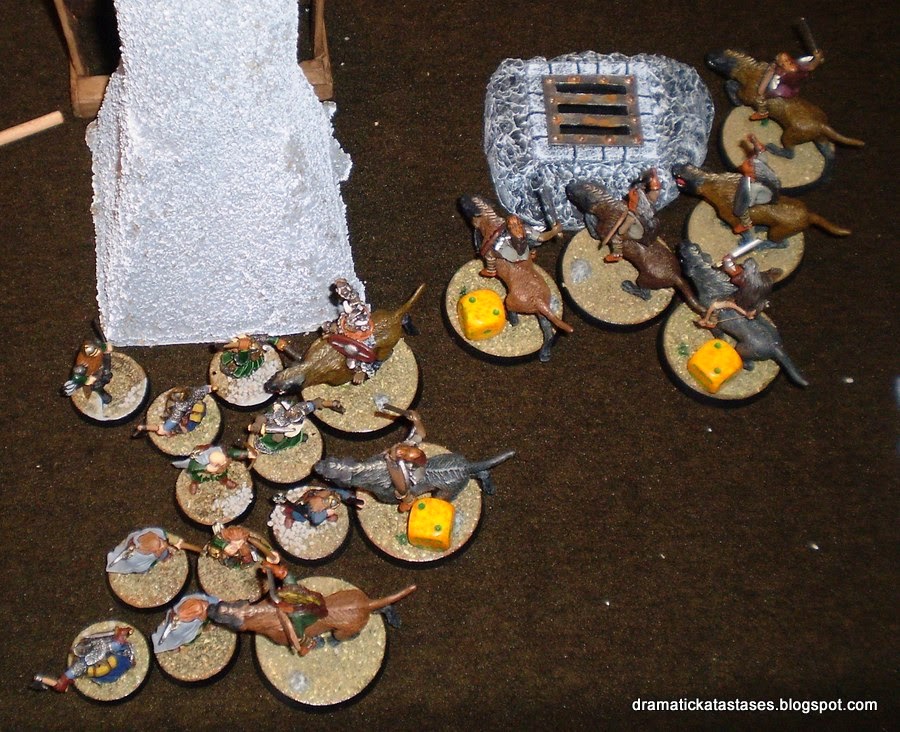 The marauders defeated every Dwarf 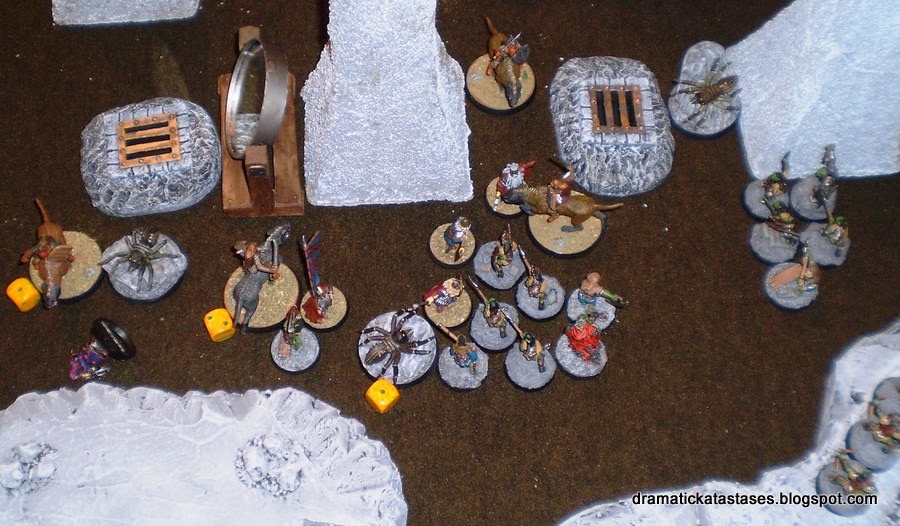 and won the game!

It was a very nice and interesting game because for many many rounds the result was uncertain. Of course, while the game went on the special rule worked for the evil side at every turn and they became victorious at the end!
That's it for today! Stay tuned for more!
Joe5mc welcome on board!
Posted by dramatic katastases at 10:41 PM