The first step of the Dwarf Rangers warband has been made. What have I done so far? I changed the two-handed dwarf axes with danish war axes and two of the longbows with dwarf bows.Their captain has a dwarf bow after all! I also removed the lower parts of their leather jackets because they reminded me of roman cingulum or, even worse, a Robin Hood costume! Finally, I converted one of the rangers with throwing weapons to a hornblower. 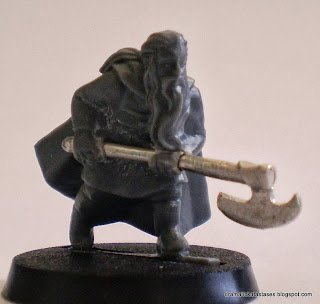 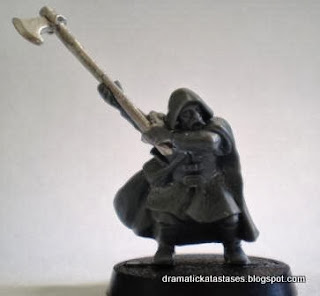 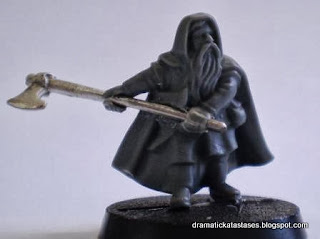 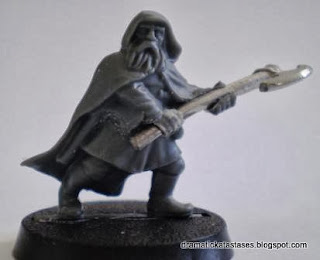 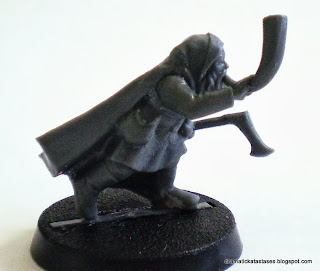 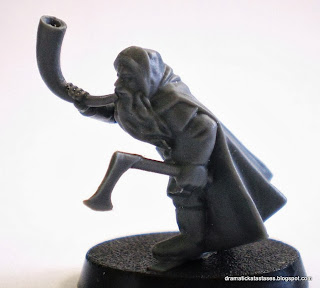 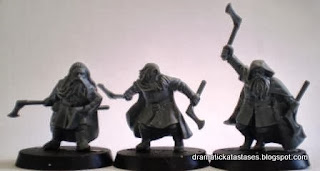 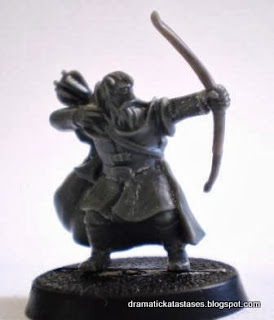 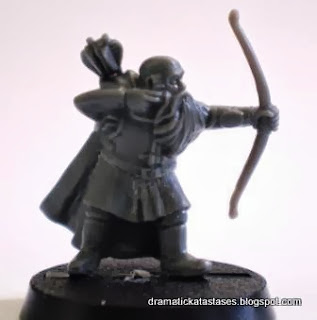 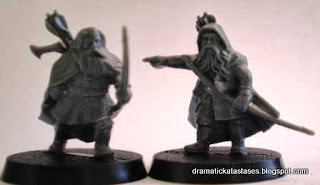 Next step: green stuff!
That's it for today! Stay tuned for more!

Posted by dramatic katastases at 8:27 PM

Email ThisBlogThis!Share to TwitterShare to FacebookShare to Pinterest
Labels: Dwarves